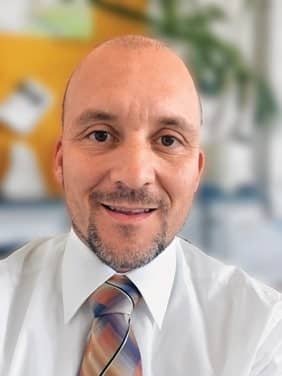 Klaus Grambichler
Modern crankshaft sensors must differentiate between intentional rotation while the engine is running and random crankshaft movements, such as those caused by vibrations during purely electric driving. This differentiation is the only way, for example, to ensure a smooth transition when switching between the combustion engine and electric motor. And only in this way can components such as the starter and the battery be dimensioned most cost-effectively. In this article, Infineon describes corresponding algorithms in the latest XENSIV™ crankshaft sensor.

Car manufacturers across the globe are expanding their portfolio of drive systems. Even looking beyond the fuel cells and synthetic fuels of tomorrow, there is still a vast number of hybrid options spanning the gap between combustion engines and electric motors. These options range from stop-start combustion engines, where the motor shuts off for a few seconds at a red light and then does a cold start. The plug-in hybrids that can quickly drive 50 kilometres in all-electric mode before the combustion engine kicks in as the battery runs low. It could also be when the vehicle is travelling at high speed on a highway.

Two different implementations of even the most modern stop-start systems have already reached the market. In one instance, the combustion engine starts again as if it had been still for an hour and not driven. The second solution monitors the movement of the engine as it comes to a stop. When the engine starts up, the car already knows the crankshaft position and the cylinder to be fired.

If we look at the different positions where the starter-generator may be attached to the drive shaft or the points where the clutch connects different motors to the drive axle, we quickly see that the combustion crankshaft assembly options are virtually limitless. 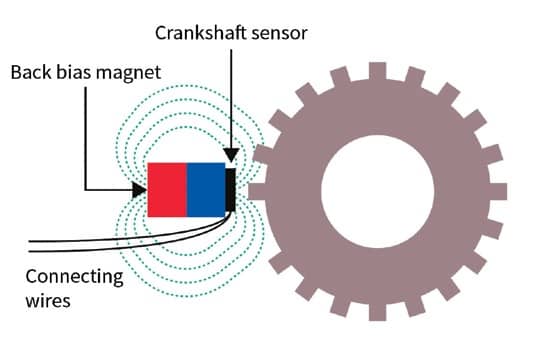 Drive interplay as experienced by the driver

To maximise acceptance of new electric drive systems, manufacturers must win over former combustion enthusiasts with ease of operation and a predictable, smooth driving experience free of “nasty surprises”. A combustion engine can spring smoothly and almost imperceptibly into action – as already experienced at traffic lights or in traffic jams in start-stop mode. Here, the car must know the angle of the crankshaft at all times. If the vehicle stops for three minutes in a traffic jam, the crankshaft sensor can ignore a slight temperature drift or, ideally, compensate for it.

During a 30-minute drive on rough roads with a crankshaft that is free to move when decoupled from traction wheels, however, the sensor could incorrectly count a slight shake or vibration of a tooth or, in the worst case, interpret these movements as a new, valid signal. For a combustion engine can seamlessly slip into action, the sensor mustn’t incorrectly count any of the teeth moving past it. It is imperative that the sensor does not miss any teeth, does not count any new teeth, and does not mistake the rotational direction. 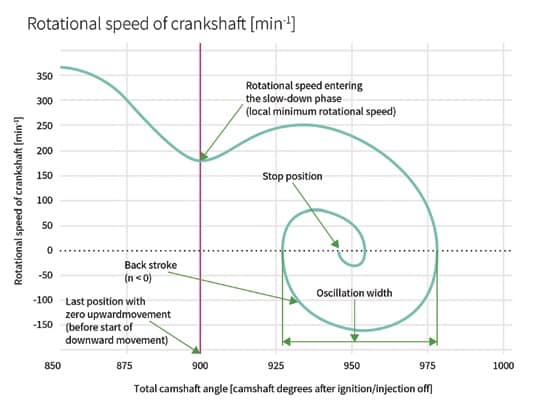 These criteria are broken down inside the crankshaft sensor as there is a magnet inside the sensor housing, and the teeth modulate the field lines of this magnet as they spin past. As such, the fluctuations in magnetic field strengths determine the sensor’s performance. These are dependent on several factors, including the air gap between the sensor, rigger wheel and the temperature. This paper focuses primarily on the mechanical components that are relevant to the sensor’s performance.