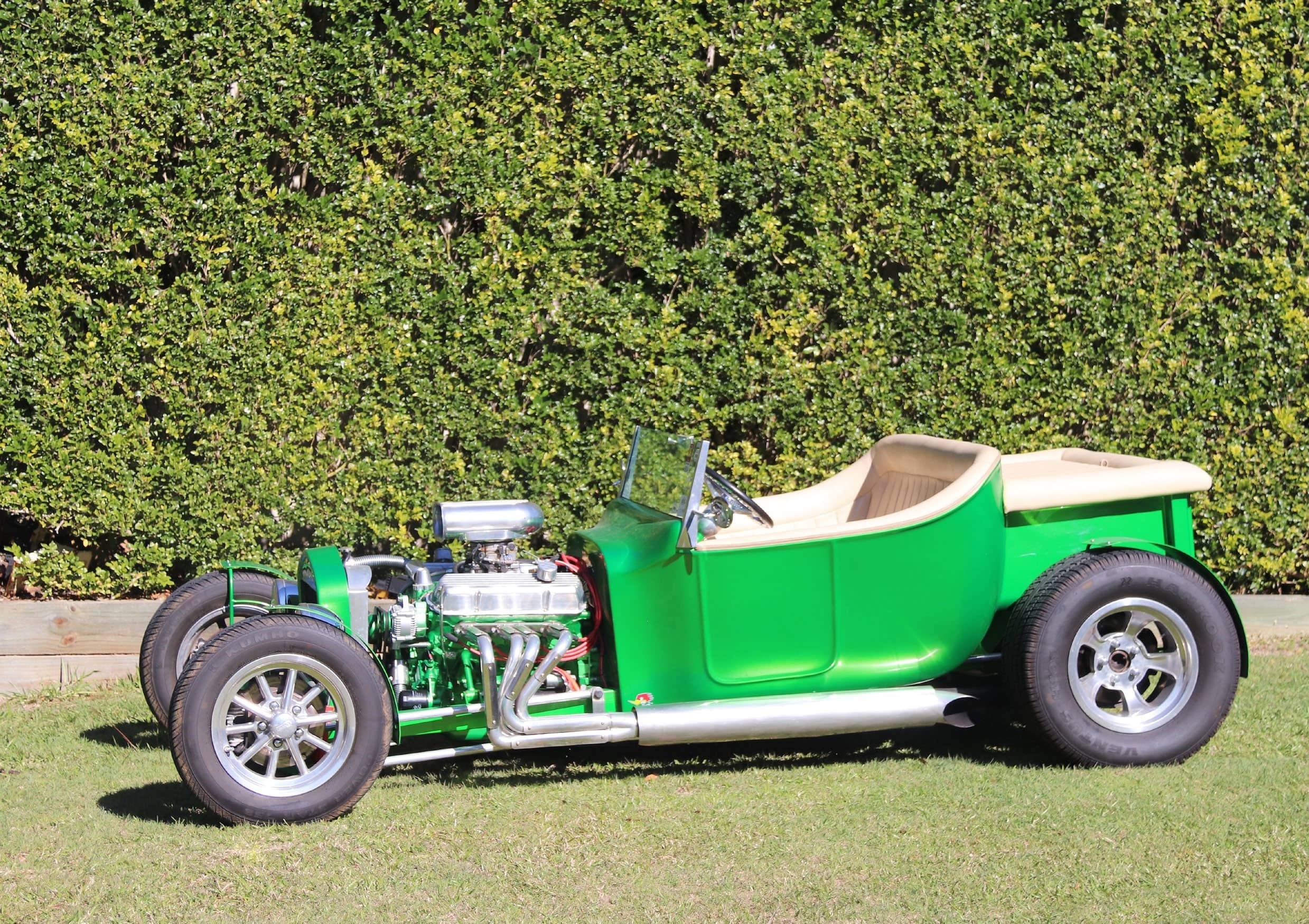 Larry O'Toole
Even though he is now retired, John Wilkinson only got started in hot rodding in 1991, but there was plenty of car activity prior to that, mostly in building Street Machines and working on race cars. Once the hot rodding bug had bitten it was no holds barred as John has now added two street rods to his current collection and is well under way with his third. Already done and passed onto new owners were a ’31 Model A Ford roadster, ’32 Ford Tudor and another ’23 T bucket.

Losing his job in 2013 meant John considered it wise to hold work on his ’32 Ford coupe project until he retired, but the family wanted a T bucket, so he built the one you see here to keep his hand in until he did eventually retire. 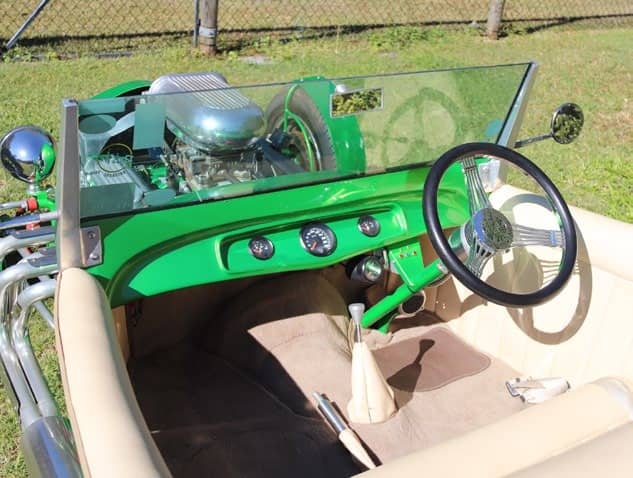