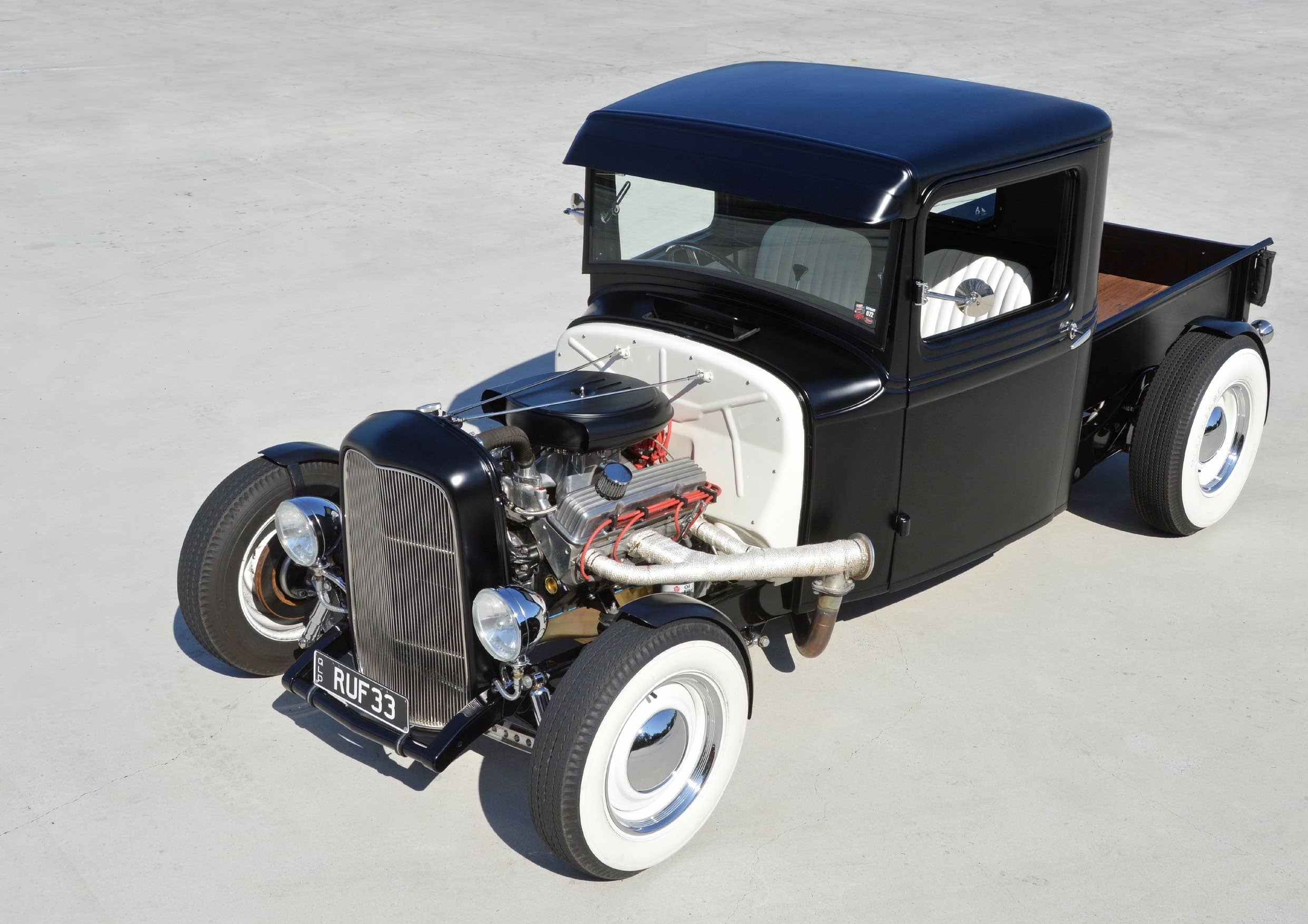 Purchased for $5000.00 in 2013 as a rough pile of parts, this satin black street rod pickup was constructed as a ground-up build challenge for owner, Tony Punturiero. This is Tony’s first attempt at hot rodding and delving into such a demanding project resulted in him meeting some awesome and experienced rodders, namely John Philpot and Pat Laub, who played an integral role in getting this ’33 Ford on the road. 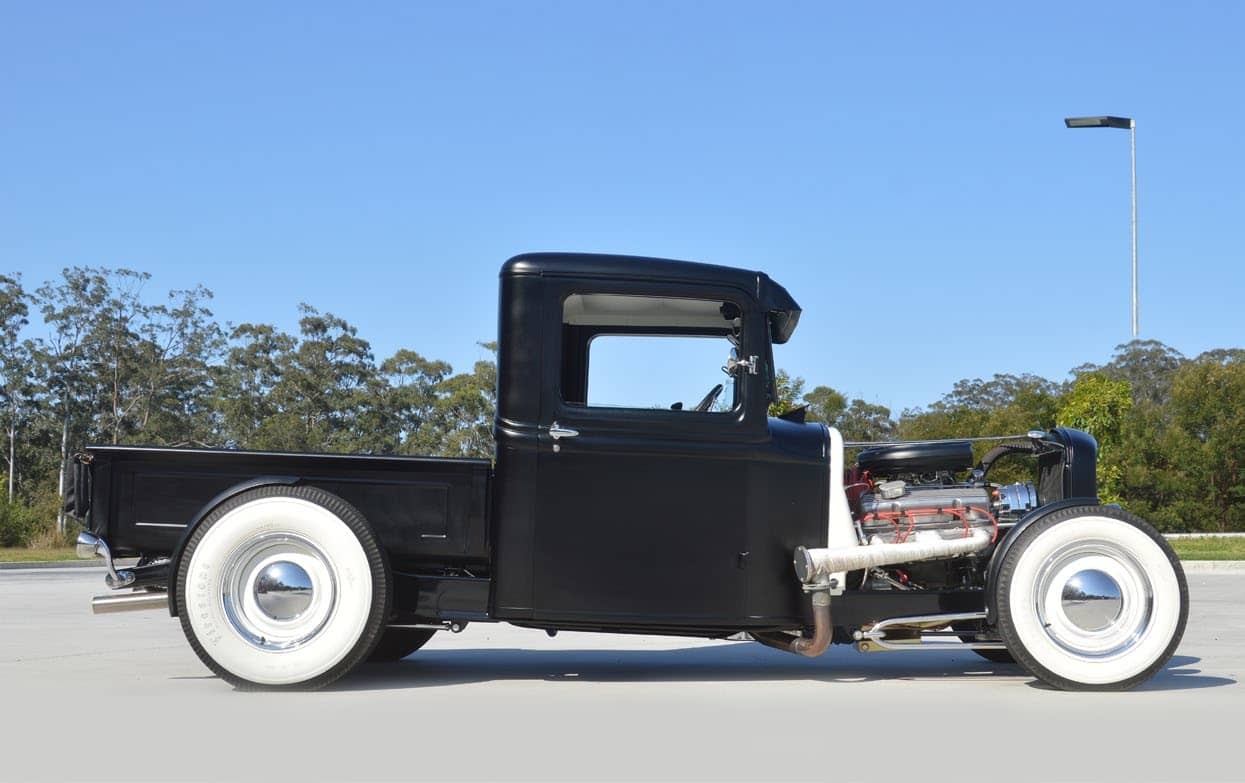 Tony purchased the pickup cab and a few other parts from Philpot and made a deal with John to have him complete the bodywork and paint. With an image in his head about how he wanted the car to look, Tony then set about building the chassis. A pair of original Ford rails were boxed, fitted with a tubular K member and a Model A front cross member before a dropped I beam axle located by stainless Rod-Tech hairpins went under the front. A nine inch Ford diff was installed in the rear on coil-over suspension with triangulated four bars. 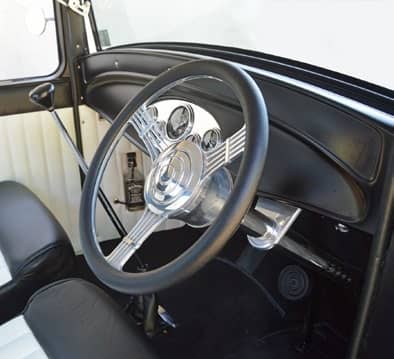