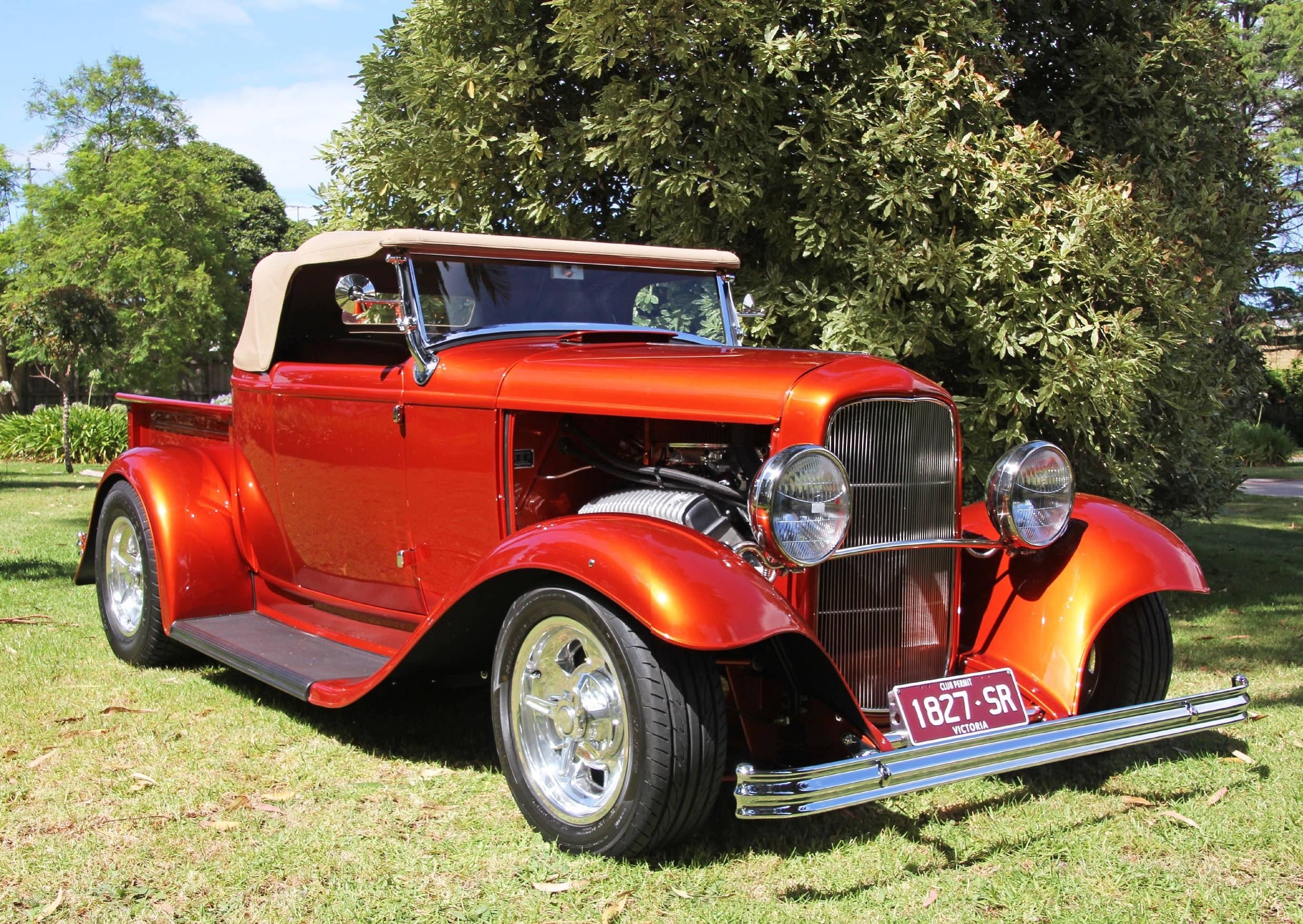 One of the great benefits of modern hot rodding is that you don’t necessarily have to start with an original car. There is so much reproduction material around that you no longer have to seek out a rusty original vehicle that needs extensive repair just to get started. It’s this repro route that Colin Whyte pursued when setting out on his ’32 Ford roadster pickup project, basing it on an entire rolling chassis from Kugel Komponents with their independent suspension at the front and nine inch rear end at the back. 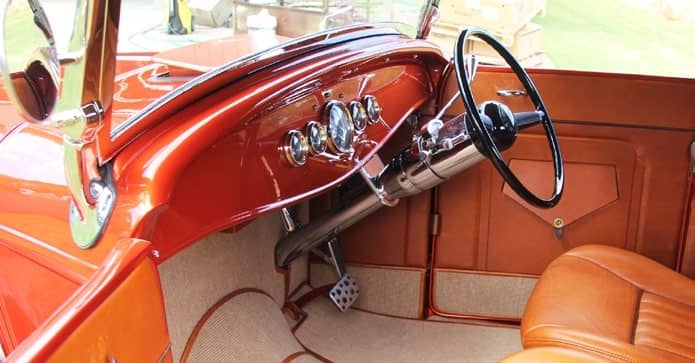 That rear end has a 3.00:1 ratio LSD centre, is suspended on QA-1 coil-over shock absorbers and has Corvette disc brakes added. The front brakes are Wilwood discs and the whole braking system is controlled by a dual diaphragm booster with tandem master cylinder and a Kugel pedal assembly. 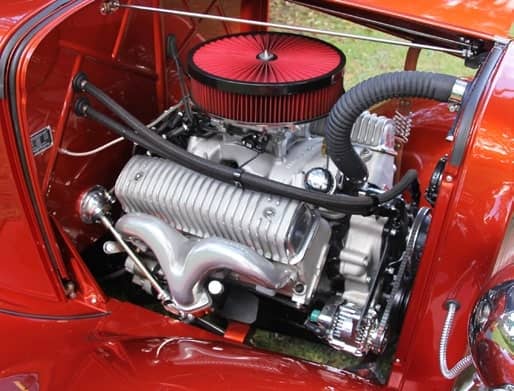 Original ’32 Ford roadster pickup bodies are very rare as there were very few made in 1932. That prompted Brookville Roadster to tool up for a reproduction version to meet demand and it is one of these bodies that Colin opted for when starting out on this project.