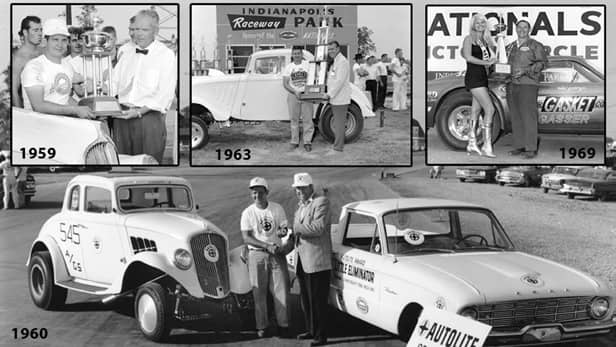 ALL HAIL THE KING – OF GASSERS

The Motorsports Hall of Fame Of America, Daytona Beach, Florida inducted its 2020 group of heroes and superstars, this year though due to the Coronavirus malarkey the official gala event was cancelled. But legends still received their accolades. Of those nine, the cap was doffed to a drag racer, “Ohio George” Montgomery, a man who was the earliest dominator of the NHRA’s most prestigious event, the U.S. Nationals.

Between 1955 and 1963, only one driver, George Montgomery, won the U.S. Nationals more than once, incredibly, three times before anyone had won it twice. Montgomery’s incredible dominance is sometimes forgotten because he didn’t do it in a blown fuel dragster in one of the sport’s glamour classes. So – who is he?