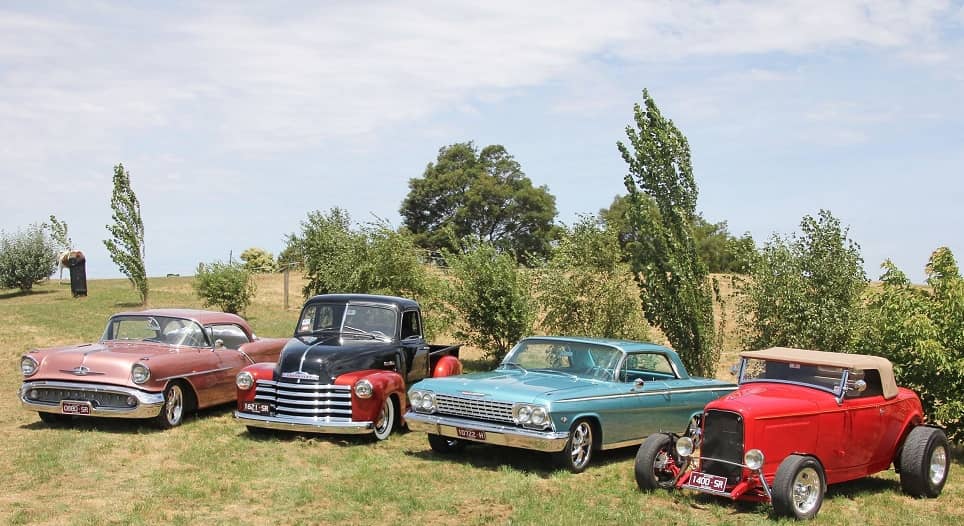 A FAMILY COLLECTION OF COOL CARS..

Mick and Shirley Clay have been involved in the hot rod, custom and classic American car scene for most of their lives and in that time have operated their own car museum and imported lots of American cars on a business basis. Every so often one of those import cars stays in the home stable and that’s exactly what happened with their mint condition ’57 Olds 88 Sport Coupe.

The Oldsmobile was imported back in 2008 and remains as purchased from Oregon. Almost everything about the car is as original, right down to the Rose Mist colour scheme and the interior trim. Mechanically it retains the 371 cubic inch original Rocket V8 engine that is equipped with the J2 Tri-power induction option with original batwing air cleaner. Behind the engine is a four-speed dual-range Hydra-Matic transmission, known as a Jetaway transmission for the Olds range. The stock brake system has a vacuum power booster and the Sport Coupe rolls on 18x8 and 18x9 Nitro Twisted Matrix wheels fitted with 245/45x18 and 265/45x18 Yokohama tyres. 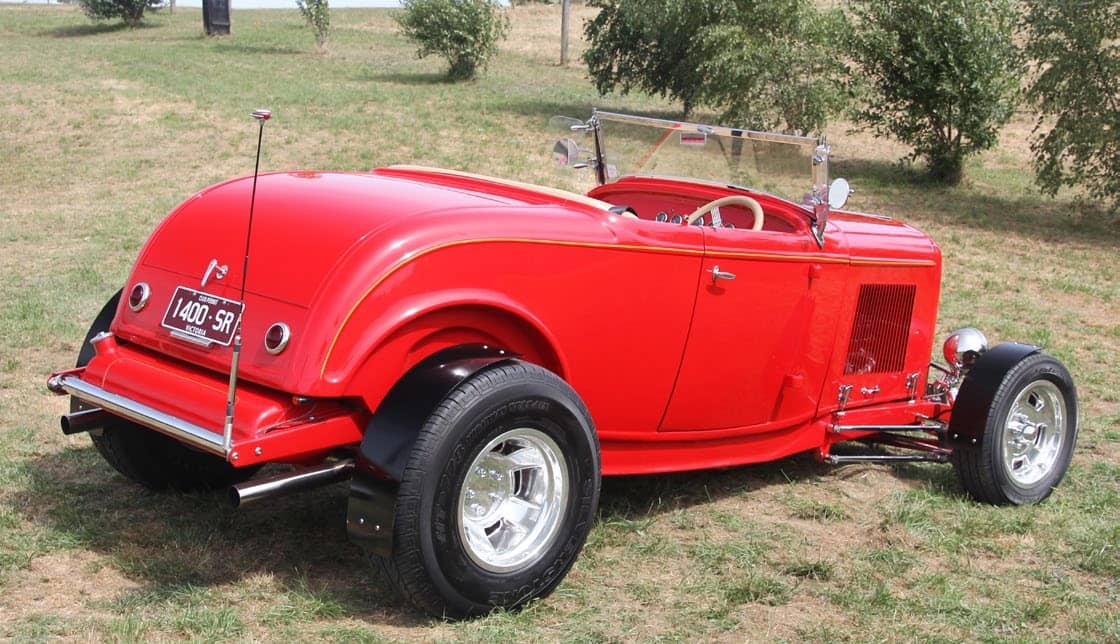 Mick Clay’s interest in all things car-related started when he helped his father in his service station at Sorrento. Mick had a 1927 Chevy tourer at the time and went on to become a motor mechanic/fitter and turner. Having a wide interest in cars means he has owned all kinds of collector vehicles, including this classic hiboy style ’32 Ford roadster.