The Tracks Of My T/A 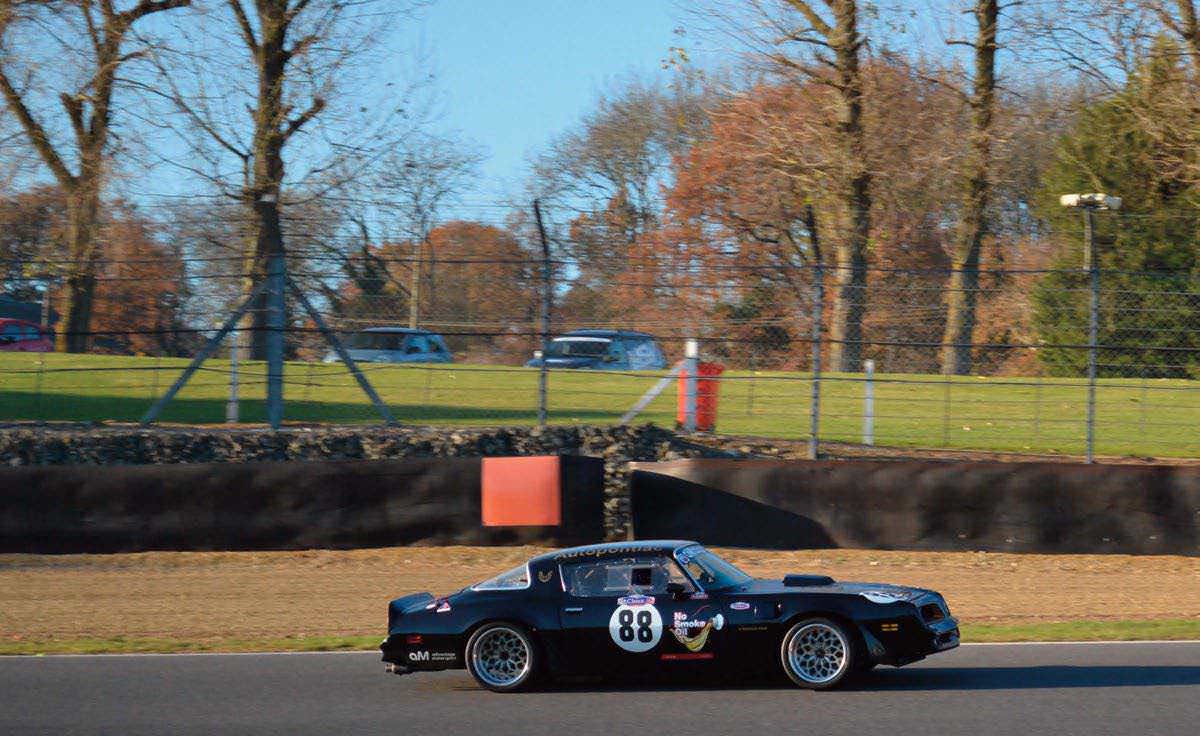 The Gray family take their Trans Am out for a bit of a spin... around Brands Hatch.

As autumn slides into winter, you might think that the motor sport season is finished and all the tracks are silent apart from the tap-tap of local residents emailing more noise complaints and the stealthy click of a developer's theodolite as he does a bit of preemptive surveying. Not so. Track days never sleep. They certainly don't stop for a bit of rain, although some of the participants might, which means that there are some bargain winter track days to be had.

As it happens, December 1st was clear, dry and sunny, although it was rather chilly and that morning's sharp frost hung on in the shadows all day. This was perfect for the guys who I'd come to see: the Auto Pontiac team of Robin Gray and sons Tom and Ollie. They were out for a spot of testing, plus a lot of fun, as a treat for Ollie's forthcoming birthday saw him getting a bit of seat time. The car has become something of a superstar in its own right over the years – there aren't many second-gen Trans Ams in historic motor sports over here, and just search out some YouTube videos of it to see what a following it has!

“It belongs to Neville Day,” says Robin. “Neville had a '78 T/A automatic, and back in 2002 he decided he wanted to go racing. He was thinking of something like a Lotus 7, but I told him that if he wanted to stand out from the crowd he should try something like his Trans Am... and he bought this! It's also a '78, but a 400 manual. He ran it in the Historic Sports Car Club's Road Sports 70s class, which means you have to use the standard brakes, standard suspension pick-up points, standard everything. He ran it for the 2002 and 2003 seasons, then was going to store it away, but said that I could race it if I wanted to – all I'd have to provide was the necessary parts and repairs. I raced the 2004 season, Neville had it back for the 2005 season, then I took over again for 2006 onwards. Then it got stored away in Neville's garage for a while until the Classic Sports Car Club started their Future Classics class for 2009.

“The deal was that Neville and Tom would drive if Neville paid and AutoPontiac did all the preparation work. Tom built the car; I built the engines. It didn't start well. In its first race, the harmonic balancer disintegrated and a bit of it got into the timing case and broke the timing chain. We fixed it, and went back for the next race, at Brands Hatch, where the crankshaft snapped and sent a chunk through the sump! It rolled to a halt at Druids, where it was parked up until, three laps later, a Porsche hit it full-tilt up the backside and wrote it off.