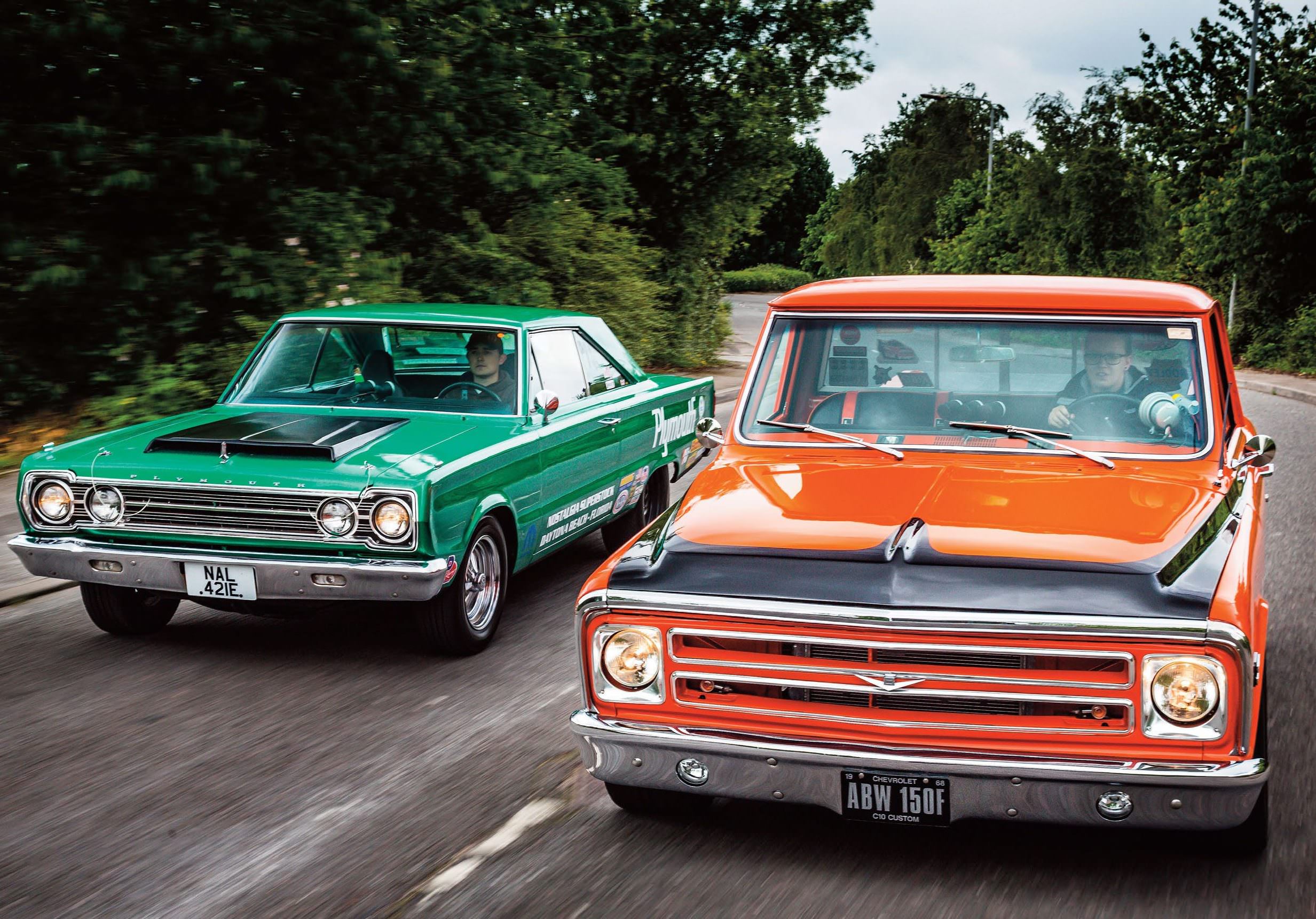 In last month's editorial, I mentioned the Drag Illustrated magazine 30 Under 30 awards, and was musing on the fact that the scene over here would struggle to support a similar scheme. It's true to say that drag racing over here isn't even close to being the national institution it is in the States, and with things being the way they are, it tends, like much motorsport in Britain, towards being populated by middle aged men with greater disposable income. That's all well and good, but it needs new blood, fresh faces. It's guys like the ones on this page that knock my theories into a cocked hat, stirring the pot and preventing it getting old and crusty...

Dan Stubbs and partner Sara Dickinson are from Nottinghamshire, have an enviable collection of American machinery between them, and are still in their twenties. Honestly, it makes you sick, doesn't it? How dare they be having this much fun at their age!

“I've always liked American cars,” says Dan. “I grew up on Two Lane Blacktop, American Graffiti and so on, and loved the movie cars. As a kid, Dad used to take me to the local car shows and I always looked up at the American cars in awe, so big, so much chrome, especially compared with the MGs you usually see! Later on, my circumstances changed and I found I could own one. Sara's dad is into American cars, too. He used to own a Mustang 390GT years ago, and he really rekindled my love for them. Sara's well into it, too, having been brought up with it – her parents used to take her to Americana and other shows, while her uncle used to run an Alky dragster. I've got a workshop in Derby where I rebuild engines and transmissions, and Sara gets stuck in with anything. She really gets involved and helps; she's not just there to look pretty in a Rockabilly dress.

“We got the '68 Chevy C10 first, back in November 2013. It was fairly local – Sara's cousin has a body shop, and it was him who put me on to the truck. We went to take a look and I just fell in love with it. It was already this colour but the paint wasn't brilliant and needed doing again, and it really needed lowering. The engine was a 400-cube small-block Chevy that I rebuilt, bored out to 406 with a Lunati cam that provides almost no vacuum but sounds great. It came with a three-on-the-tree Saginaw manual 'box, but Sara didn't like driving that so it's currently getting swapped for a TH350 auto with a 3,200rpm stall converter.