The Last Of The Howboats 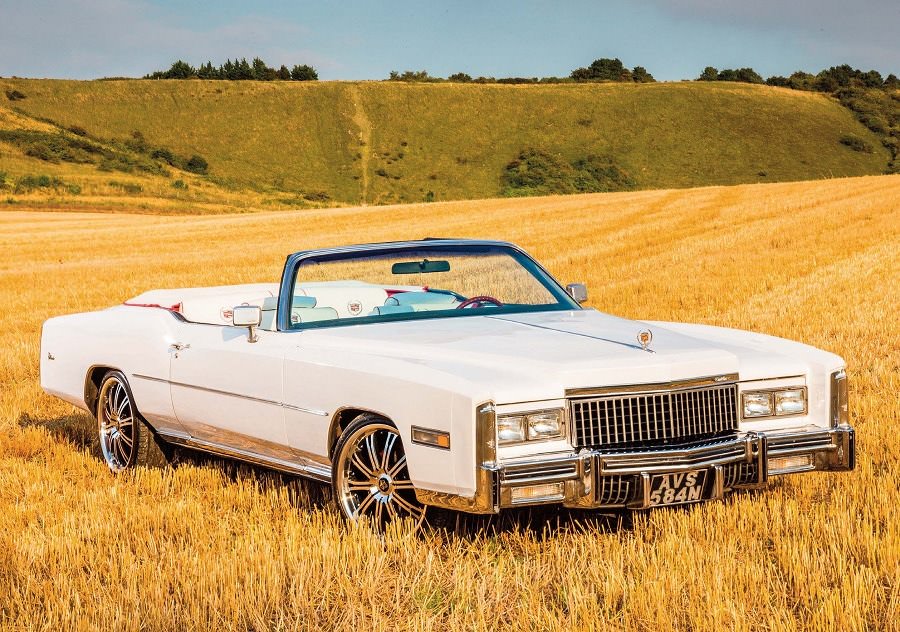 Where does Seventies kitsch meet classy classic? Right about here...

The Seventies was a grim decade for Detroit. The days of copious horsepower and unlimited cheap fuel were over, new regulations meant that the old powerhouse engines were strangled with low compression, soft cams and catalytic converters, and Japanese imports were hammering the door down while the UAW were all but running the show at home. The world seemed to be clamouring for compacts and hatchbacks while the top-drawer domestic brands were trying to sell vast baroque showboats underpowered by seven-plus litre V8s that struggled to turn out 200bhp and struggled even harder to return 10mpg.

And there was Cadillac, with its shizzle out in the wind, trying to sell a huge land-yacht with the world's largest production V8 against a rising tide of Ford Pintos and Toyota Corollas that swam around the Cadillacs, Continentals and Imperials like Pilot fish around sharks. All wasn't lost, though – Cadillac was still the byword for luxury motoring and had a loyal band of customers. Even Elvis was still buying Caddies, and a huge Cadillac limo or drop-top Eldorado was still the last word in stylish travel. Then came the new roll-over protection laws, and suddenly ragtops were a liability. The 1976 model year was the swan song year for both the Eldorado convertible and the venerable old 8.2-litre V8, but Cadillac made hay while the sun was still shining by touting the '76s as 'the last American convertible' and selling 14,000 of them. By 1979, the Eldorado – along with almost everything else – caught a dose of downsizitis and the era of the true land-yacht came to an end.

For many years, such behemoths were out in the cold, viewed as vast, vulgar dinosaurs hellbent on killing the planet but, like most things, they've come full circle and are now true classics. The pre-smog era versions have been prized for a while, but the mid- to late-Seventies cars can still be picked up for reasonable money and you can have a stand-out cruiser like the '75 you see here and still keep both your kidneys.