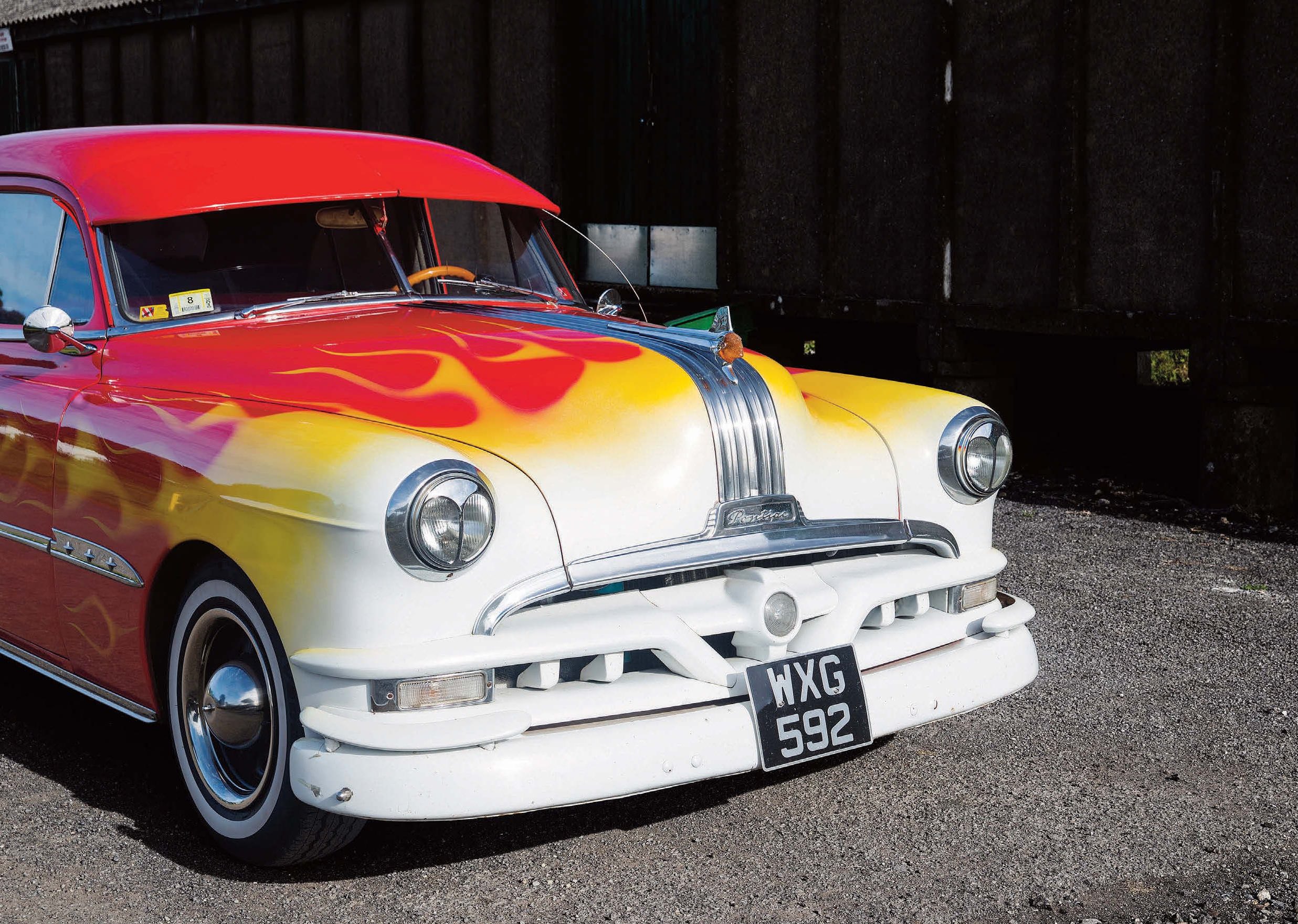 Everybody loves Pontiac, their performance image being a mainstay of the muscle car era. However, decades before Burt Reynolds, long before the GTO spawned the 'muscle car' name, even before the 'Wide Track' Ponchos of the late Fifties, Pontiac was a rather dull and uninspiring mid-range name for dull, uninspired buyers. This, rather perversely, makes them prime candidates for street rodding. What could be better than seeing grandma's old jalopy tear-arsing up the asphalt?

While the curvy early-Fifties Chevys have a following all of their own, much like the contemporary shoebox Fords, the Buicks, Oldsmobiles and Pontiacs of the same period seem to be a bit left out, despite sharing much of their architecture with their bow-tie brothers. Sometimes it takes something like this four-door '51 Chieftain Deluxe to make a potential rodder think, “Hmmm, what if...?”

This Old Flame belongs to Robin Stott from Haverford west, one of the last towns before the tarmac ends in south west Wales, and, believe it or not, it's his first American car! “I've been a biker all my life,” says Robin, “but I'm getting on a bit now and the missus, Sheryl, doesn't like riding on the back much anymore. I've had quite a few customs, and before the Pontiac I'd just finished building a Bedford J2 with a roof-chop and a stepside pickup bed. 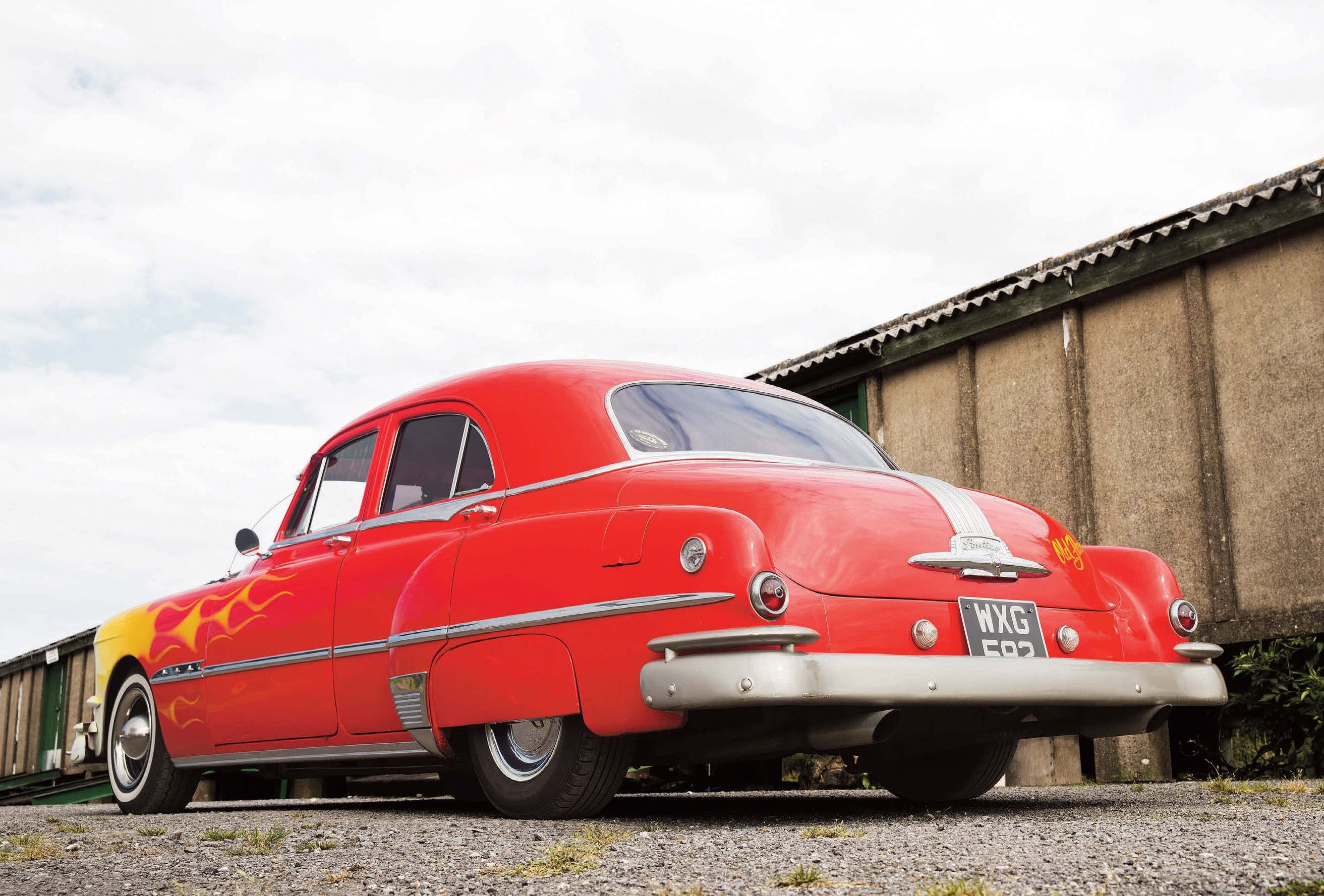 “I was at the local Rockabilly do one night when someone showed me, on their phone, a Pontiac that they'd just found on eBay. They were all saying how they'd have it if they had the money or the room, and pestering me that I should buy it. The next day, I contacted the seller, made him an offer and he accepted! I told him I'd be along to collect it that weekend, and booked two tickets to fly out to New York at the end of that week. I hadn't actually told Sheryl yet, and she wasn't that impressed to begin with, but we both love going out to the States anyway.

“This was November 2014, and it was the week that they had a massive snowstorm in New York, but fortunately it was a bit further west so we missed the worst of it. Plus, it was Thanksgiving weekend, the airports were packed and we had problems getting the hire car. By the time we got it, we were pretty fed up, and shot out onto the turnpike north. We stopped for coffee at Stanford, Connecticut, and we were sitting there drinking our coffee when Eddie Cochran came on the jukebox singing Let's Get Together – it was definitely a sign that we shouldn't go home without the car!