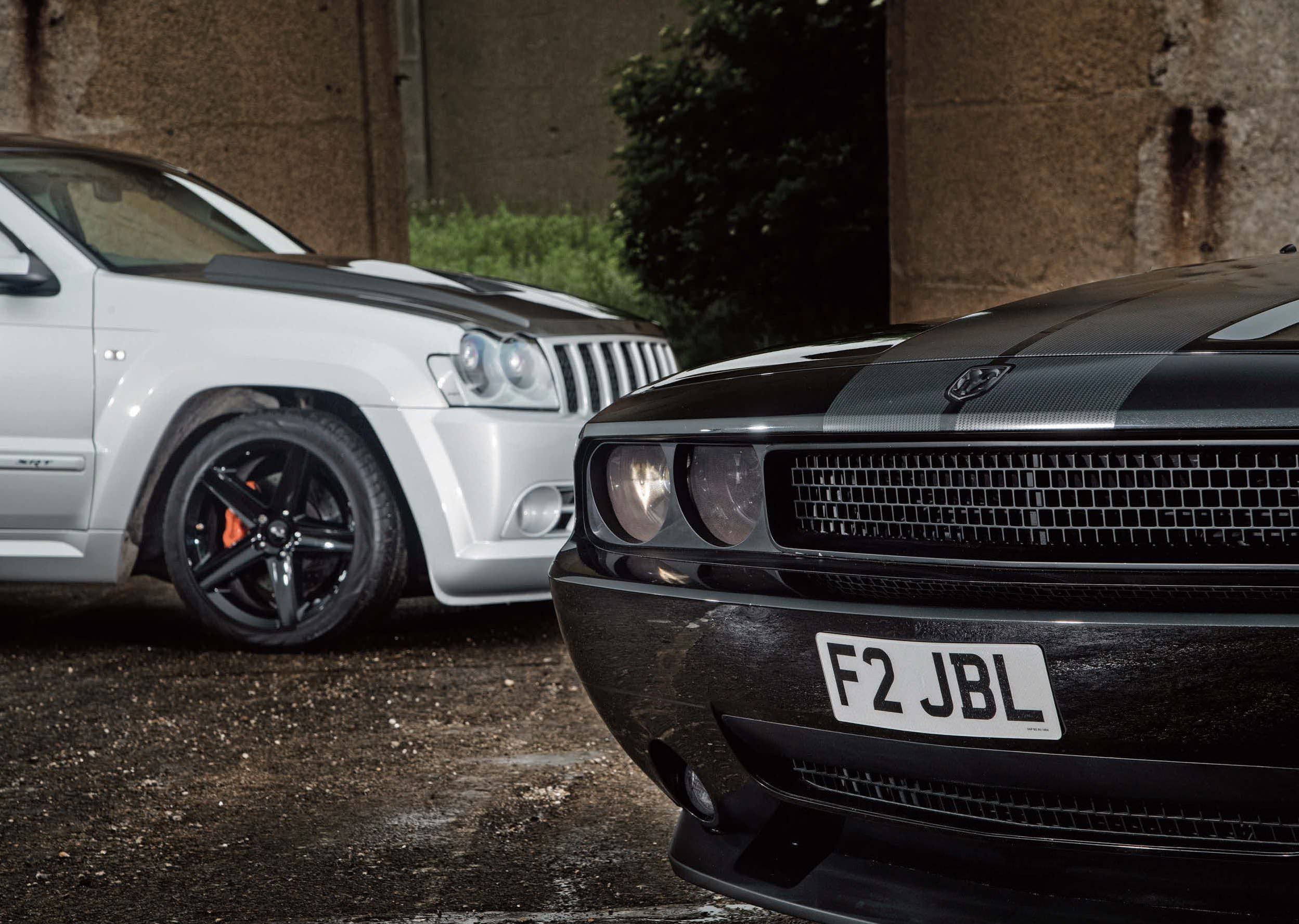 “Hey, that thing got a Hemi?” Yeah, both of them, and neither are hanging around long...

There were some pretty significant birthdays last year. It was Jeep's 75th birthday. It was the 50th anniversary of Dodge and Plymouth offering the mighty Chrysler 'Street Hemi' 426 motor in their showroom street cars. And it was 10 years since the concept Dodge Challenger appeared at the Detroit Auto Show as a serious competitor to Ford's S197 Mustang in the new retro muscle car wars. So, last year, we got a couple of late-model Hemi-powered Mopars together, theoretically at opposite ends of the spectrum - one a hardcore muscle-bound strip-monster and dyno killer, the other a tarmac-terrorising, high-tech, modded-up street-bruiser. Can you guess which is which?

If you guessed that the Challenger is, in fact, the mighty street car, you guessed correctly. After all, with 425bhp as standard, it's not exactly wanting in that department, but now it excels in the stance and sounds department, too. And wouldn't you love this as your company car?

The lucky fellow in that department is (or was) Purav Patel, from Car Audio Security, a high-tech in-car electronics specialist in Hayes. “We have many demonstrator cars here to show off our audio, technology and air suspension installations,” says Purav, “but they're often German cars – BMWs, Volkswagens etc. We do a lot of shows, and we wanted something different. The boss, Raj Sangha, loves Challengers, like the one on NCIS Los Angeles, and I suggested that we needed something that would pull a crowd as standard and then work our magic on it. All the demonstrators belong to someone within the company, so Raj said that if I was happy to look after a Challenger, we could build one. So, in June 2014, we went up the road to the American Car Centre in Fulham and bought this 2010 Challenger SRT8. 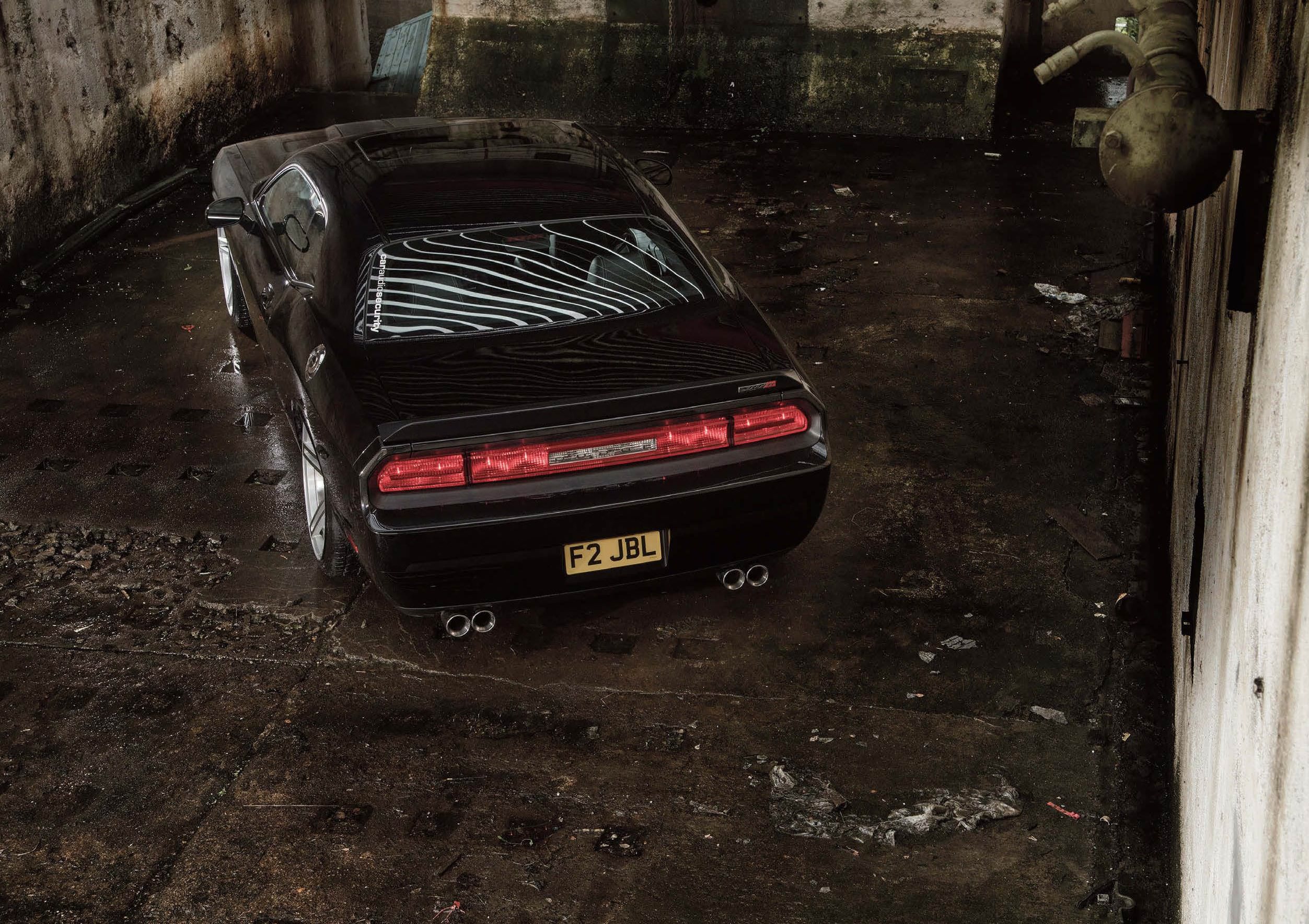 “The first job was to fit the tracker, a Smart Track Trident, and Clifford alarm. All out cars have the latest anti-theft devices fitted, and all the work is done on-site. Our fitters do this day in, day out, so it's second nature and they had it done in a couple of hours. Next came the air suspension, an AirLift Performance kit, which replaces the car's suspension struts with Ai Lift's airbag struts. The tanks and compressor live in the bottom of the boot, with the digital controller in the cup holder up front. This gives you four corner adjustment and pre-set ride heights, and you can drop it to the ground when you're parked, but when you start the engine it'll automatically lift up. The wheels are Axe EX20s with Pirelli tyres.

“Next, we changed the stereo – the stock stereo wasn't that good, so we fitted a Kenwood head unit that replaces the factory double-DIN unit and touch screen and features CD, DVD, MP3, MP4, USB connection, BlueTooth and streaming, SD reader, DAB radio, navigation, Android Auto, Apple Play, the lot. We removed the door cards and dropped the headlining to Dynamat the cabin, and Dynamatted the boot, too. The car had the Kicker Shaker speakers as standard, which we removed and fitted Rockford Fosgate speakers in the stock locations in the dash, doors and rear shelf, with a custom boot build housing three amplifiers and a pair of 15” subwoofers and lit with RGB LEDs.