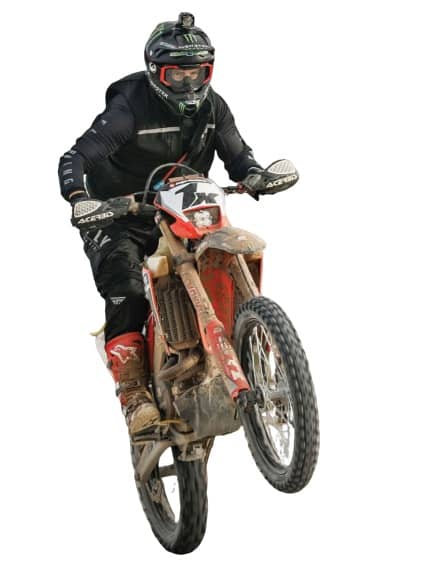 Chasing the SLR Honda Team Down the Baja Peninsula

I couldn’t feel my feet. Hanging over the edge of a camping store cot, they had been exposed to the elements for hours and were nonexistent as far as I could tell. Diesel fumes had awakened me from my slumber. The knocking noise of an eight-cylinder International Harvester is something I can sleep through, but the smell of diesel fuel sat me up.

We were in Ojos Negros, an agricultural community about an hour east of Ensenada. Our first shooting location, Ojos serves as a checkpoint for racers competing in the SCORE Baja 1000 and is generally packed with spectators. But at 3:30 a.m., only a handful of people were present, most of them teammates, mechanics or support crews for those challenging the infamous event in 2019. I was riding shotgun in a PreRunner-esque Toyota 4Runner, complete with roll bar, racing suspension and five-point harnesses. It was the same rig in which I had chased and photographed the 1000 the prior year, but this year we were contracted to document the SLR Honda team, with whom the coveted 1x plate resided.

Chasing the Baja 1000 is like frantically searching for a petrol station when the “low fuel” light illuminates. A sense of urgency, doom and impending disaster is ever-present. Your pace is feverish, but there’s also a feeling that conservation is necessary. That you’ll end up running dry long before the finish, long before you find more fuel. It’s exhausting, to say the least. Forty-eight hours of nonstop movement, intermittent snacking and an absolute lack of rest or relaxation.

The endeavor starts long before dawn and concludes late into the night the following day. That, of course, doesn’t account for scouting locations, preparing equipment, downloading images and editing files, along with other tasks. For many, chasing the 1000 is part of their job. Mechanics, team members, and emotional support must keep pace with the motorcycle or automobile they’ve entered into the race, ready to repair or replace whatever is necessary to find themselves at the finish line. But the 1x bike is different. The 1x leaves first, travels faster, and doesn’t stop for snacks. It’s a Ferrari with its “low fuel” light on, only it’s not limping to the next fueling station, it’s sprinting.