THE MOST Surreal RIFE OF OUR LIVES 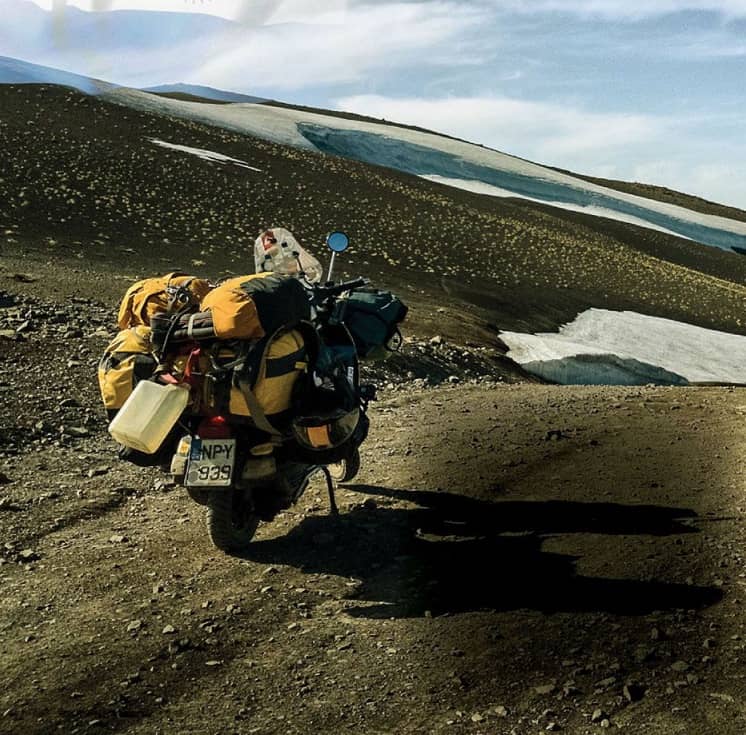 National Route 40 is not only the longest road in Argentina, but also the world. Parallel to the Andes, it crosses 11 provinces, connecting some of the most prominent places of natural beauty and cultural interest in the country. We’d planned to take our time and enjoy the seemingly endless points of interest in the southern part of RN40, but just before reaching the province of Mendoza, we realized that our visas would soon need renewing. The least complicated way to extend them was a “border run,” which meant a ride out of and back into the country from the nearest border crossing to obtain the passport stamps.

Similar to RN40, the Argentina-Chile border is the longest international border of South America, and the third longest in the world after the CanadaU.S. and Kazakhstan-Russia borders. With a length of some 3,200 miles, it separates the two countries along the Andes to Tierra del Fuego. There are 76 border crossings and, depending on the time of the year, many are closed during winter. And, although the paperwork is relatively simple, not all border crossing posts are set up for it.

After a quick research of the nearest crossings’ conditions—including elevation, road types, distance, access to fuel, etc.—we decided the best option was the Pehuenche Pass, 8,366 ft. above sea level, with a fully paved road. Our scooter could easily make it.

The landscape on the Argentinian side was somewhat monotonous—arid land with sparse vegetation due to the harsh climate. But once we started climbing into no man’s land, the scenery became more interesting; gray rocks and bush replaced with snow-covered mountain peaks and shady slopes. Although it was mid-November, when the southern hemisphere welcomes its summer, there was a strong, cold wind. It was so cold that we had to put on our rain gear, close our helmet visors and pull our balaclavas over our faces just to keep from freezing.

By the time we finally made it to the immigration checkpoint, more fuel had been consumed than anticipated. And, as the road down the mountain into Chile was even steeper, the fuel situation for the climb back up the mountain the following day had us thinking twice about the initial plan. We ended up spending the night camping next to the Maule River, admiring the view while discussing what to do. The most likely option was to ride to the nearest town, purchase fuel and then ride back. But being in another country and dealing with an unexpected situation had changed our mood and triggered our curiosity. So, the plan was changed to allow for some exploring of that part of Chile before returning to Argentina via a different border crossing.