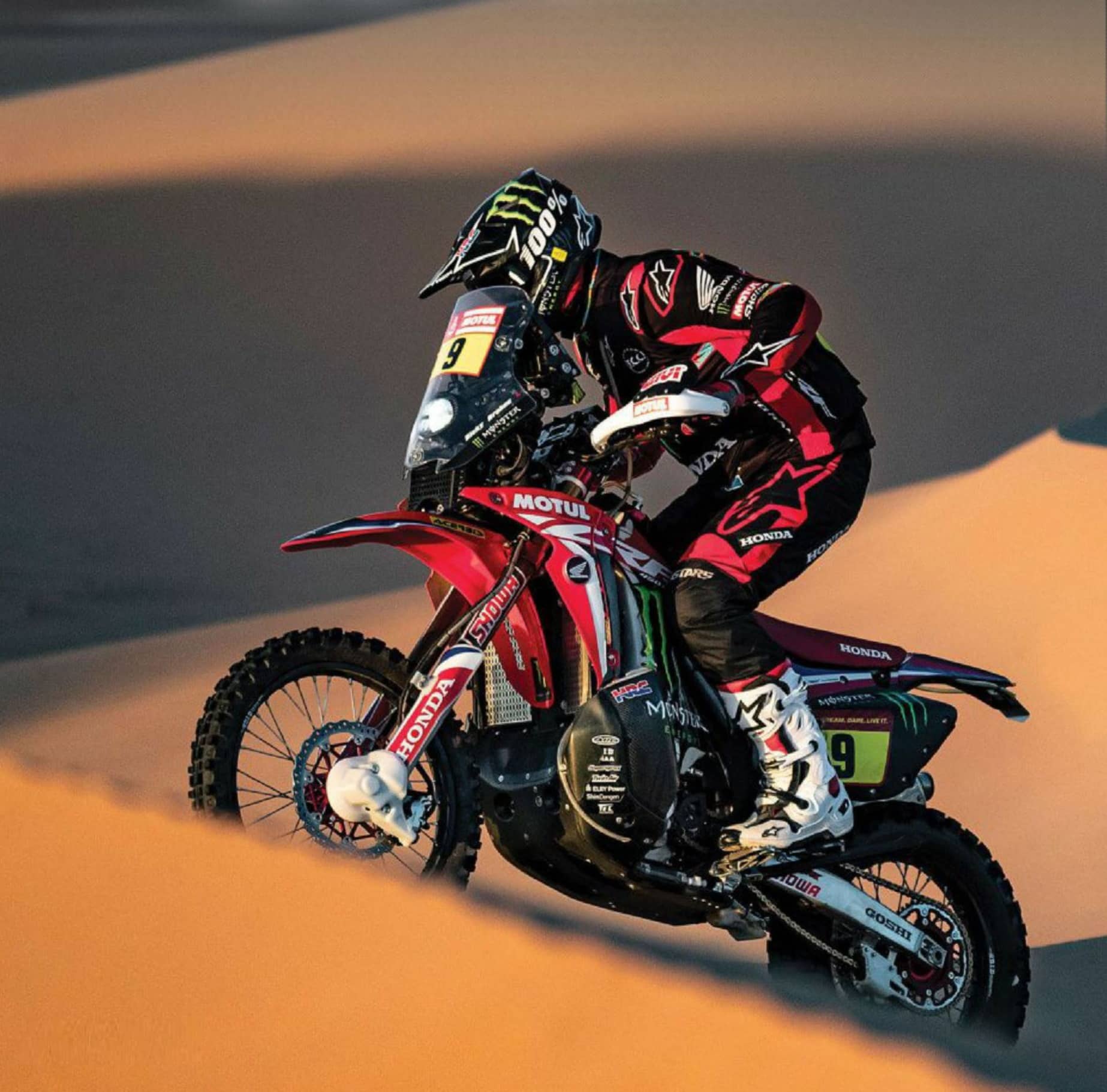 Ricky Brabec entered his first Dakar Rally at just 26 years old. Following a successful career competing in District 37, National Hare & Hound, Best in the Desert and SCORE International races, the rally rookie challenged the world in 2016, finishing 9th in the motorcycle category. The following year he took home his first Dakar stage win. But over the next two years, this young Californian was plagued by mechanical issues, even succumbing to a disheartening engine failure in the final stages of the 2019 Dakar Rally when victory was well within his grasp.

Brabec is persistent, though, and did not let these shortcomings weigh heavy on his shoulders. Instead, at 29, Brabec entered his fourth Dakar with 11-time Baja 1000 champion, Johnny Campbell, by his side, guiding Brabec through the trials and tribulations of contesting the world’s most difficult race.

But one needs more than persistence to take home the title of Dakar champion. Since its inception in 1978, no American has stood atop the podium. Many have tried, and only a few have succeeded in collecting stage wins—Jimmy Lewis and Jonah Street among them. So, for this young American to best the Saudi desert in his fourth attempt, among a field of world-class racers and his own trepidations, is astonishing.

His countrymen held their breath while watching Brabec’s performance at this year’s Dakar Rally. He’s been this close before, but fate had snatched away his chances without warning more than once. Best not to get your hopes up…. But the HRC Rally Team came prepared in 2020, allowing us to empty our lungs in unison as this good ol’ boy found himself in the Winner’s Circle, finally. Although it seems his persistence has paid off, it wasn’t an easy road to the top. But waving the American flag and laying a trail of smoke behind his CRF450 Rally, Brabec celebrated his win nonetheless, in true Red, White and Blue fashion. It was an achievement which proved to the world that America is not all NASCAR. That we can duke it out in the dunes of Peru, the deserts of Saudi Arabia, or wherever the ASO would like to take us next!

Following his overall win at the 2020 Dakar Rally, we sat down with Brabec to find out just how hard it was and why he’s always wearing those Aloha shirts.

ADV Given what happened in 2019, did you have any trepidation about whether your bike would make it to the finish this year?

RICKY BRABEC This year, yeah, for sure. Last year was a tough year, and that was in the back of my mind the entire time in 2020. Every single day I was worried about it, but everything worked well, and we made it to the finish.

ADV Jonah Street once told me that the hardest thing about rally racing was looking down to read your roadbook and not rolling off the throttle. Would you agree?