One Hell of A Week Hellas Rally Raid, Greece 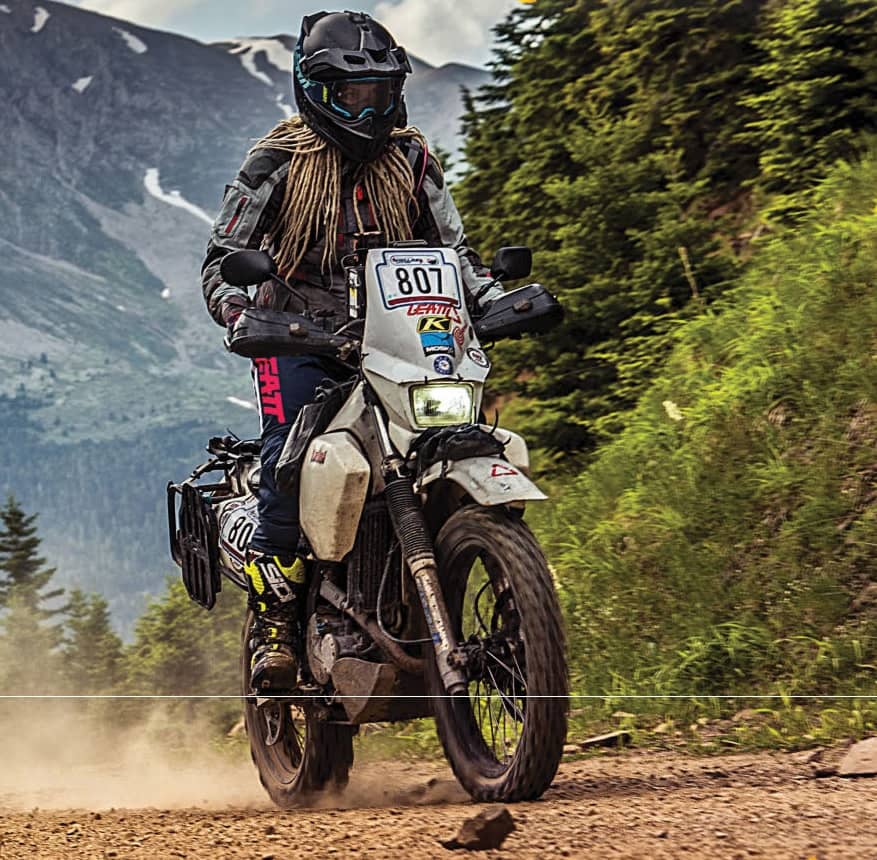 I started riding motorcycles some six years ago in Peru, and it wasn’t because I was always a die-hard moto fan or knew anything about bikes.

It was because, somehow, I kept meeting motorcyclists on my backpacking trip who, although they were traveling the same routes in the same country as me, were having experiences that were wildly different. I got intrigued: what did these riders know that I, a lowly bus-riding civilian, didn’t know? To find out, I bought a small Chinese motorcycle in a washing machine shop and took off across the whole South American continent.

Similarly, I didn’t decide to enter Hellas Rally, the biggest cross-country roadbook navigation rally in Europe because I’m an expert rider or because I have a shiny KTM. Quite the contrary. It all began when I chased Rally Dakar in January this year; after one of the early stages, I pestered Nathan Rafferty, a U.S. privateer, for a short interview. By then, I was already so fascinated with the Dakar riders that I found myself wondering, once again, what did these people know that I, a mere mortal adventurer, didn’t? As if guessing my thoughts, Nathan casually mentioned, “Hey, maybe you should enter a rally yourself, you know? A smaller, easier one, just to get a taste.”

Two months later, I was loading Lucy, my DR650, on a container ship in Chile bound for Europe. By some amusing twist of fate, I got invited to race the Hellas Rally in Greece and, although I was absolutely terrified, I knew I had to give it a go.

Hellas Rally Raid is a seven-day roadbook navigation rally that takes place in the mountains of Greece. There’s plenty of technical riding, demanding terrain, tricky roadbook navigation, and jaw-dropping scenery. But the best thing about Hellas is that it isn’t just aimed at the pros. It has Hellas Lite, a class designed specifically for amateur riders. Hellas Lite riders do 70% of the rally route and are allowed to have a GPS as a backup to their roadbooks, which sounded awesome to me because, as a geographically challenged traveler, I wasn’t very confident about my roadbook skills just yet.

Back in Europe, I did a three-day training rally in Evora, Portugal. Transalentejo Rally taught me a lot about roadbook navigation and rally riding, but Hellas was going to be a whole different ball game. Still, the only way to find out whether I could survive this was to do it. I had no sponsors, no support team, and no clue.

After riding across Poland, Czech Republic, Germany, Italy, Croatia, Bosnia, Montenegro, and Albania, I finally arrived to Karpenissi, Greece, where Hellas was going to take place. Every day for a week, we would do loops around Karpenissi, coming back to the same bivouac. Surrounded by scenic mountains, gorges, and valleys, the small town of Karpenissi welcomed the rally with open arms. I had one day to settle into my little hotel, unpack Lucy, and get ready, which involved stocking up on canned tuna salads from Lidl (my prime rally nutrition) and doing a quick oil change.

Rolling into the rally bivouac set up just outside town felt surreal. Support teams were setting up their paddocks, bikes were being unloaded from trucks, and riders were gathering at the rally office for scrutineering. In the sea of professional racing teams, elegant KTMs, and busy mechanics, my filthy DR650 and I stuck out like sore thumbs. Everyone looked cool as hell, hanging out at their paddocks looking like they knew exactly what they were doing, and I felt very small on a very silly bike. Still, Lucy and I passed scrutineering, got our lucky bib number “807,” a GPS tracker, and a Hellas Rally T-shirt— there was no turning back now!