Baja On A Royal Enfield 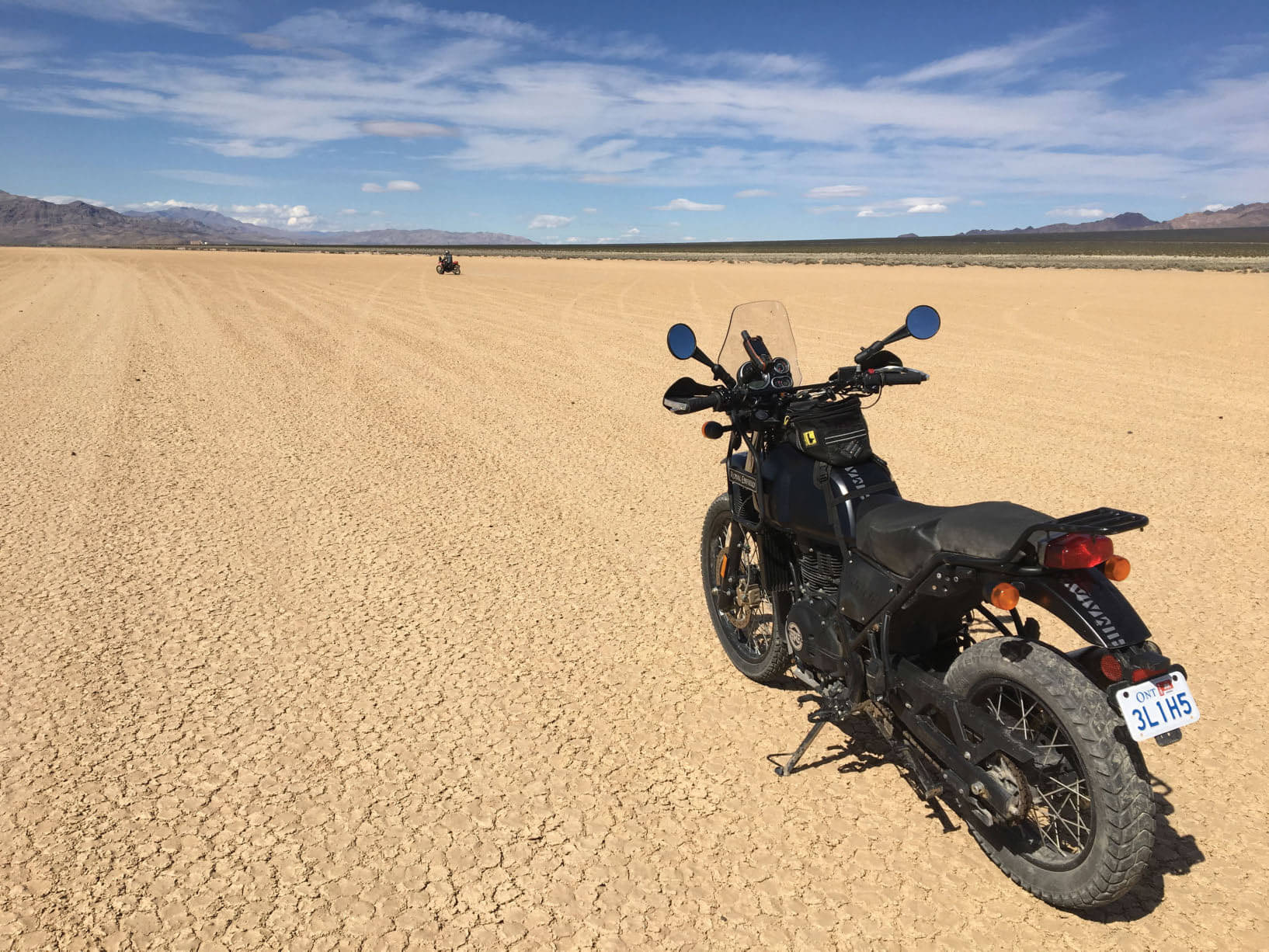 Winter was easing into its usual patterns of long, cold nights and travel advisories. December was just two days away and I was preoccupied when my phone buzzed with an incoming text. It was Jimmy, asking if I wanted to do Baja in March—a trick question?

Our ride was set to begin in Tecate, navigating all the way to Cabo, then returning by a different route to southern California. All told, we would cover 2,500 miles in 10 days. But first was the motorcycle selection, which needed to suit both challenging off-road routes and some very long paved sections. Jimmy chose a Honda CRF250 Rally with new Dunlop D606s carrying heavy-duty tubes. For me, it would be the Royal Enfield Himalayan, which had no performance upgrades, but did have several ergonomic changes: Seat Concepts’ tall seat, handlebars and handguards, and Doubletake mirrors, along with heated grips. Stock tires were the Pirelli MT60s with heavy-duty tubes.

We met our chase vehicle driver, Thomas, in San Diego, and were off to Tecate for the border crossing in temperatures barely above freezing. The crossing was quick and painless, though we did have to ask for directions in getting our visitor forms.

Each day we had three types of tracks to choose from, but we’ve never been able to ignore the more challenging “red” options. Thomas would stick to the green route, paved and civilized so he could arrive hours ahead of us on most days, book our rooms and haul in our gear from the van—talk about first-class service.

We picked up our first day’s track just south of Tecate, turning onto the Compadre Trail, a winding, dirt path through rural Mexico. It was one of the most amazing we’ve traveled, taking us through ranches, hills, villages and arroyos, and making it quickly obvious that Baja’s fauna require appropriate levels of caution. 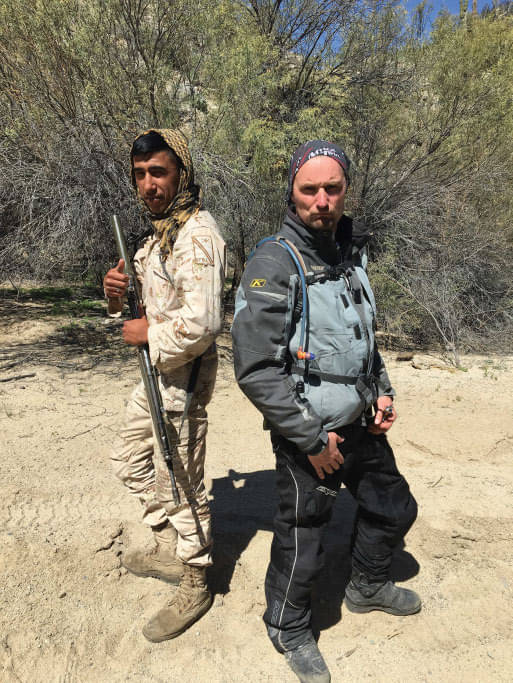 Off-road challenges were plenty, with lots of sand, but not overly difficult. Some rocky sections required speed checks, and surprises lurked around blind corners with obstacles including local rancheros in farm trucks. Midway through, I could tell Jimmy was finding my pace a tad slow, so I encouraged him to open up and stop every 10 miles or so to wait on me. The Himalayan, though capable both on and offroad, does reach its limits rather quickly when the pace increases. It much prefers a sedate approach to riding, a mule as opposed to a horse. That said, I would not have wanted to ride the more difficult terrain on a larger adventure bike, as it was terrific fun on the smaller, lighter machine.

Shortly after one of our catch-up stops, we approached an option on the tracks: A turn to the right led to Ensenada and an easier route to the hotel. The red option led to a fantastic section of the Baja 1000 route that wound its way through mountain passes with dizzying edges and incredible scenery. Underway, Jimmy had a full head of steam and didn’t notice the transition from red to blue on his GPS. I tried to catch him, knowing he’d be disappointed to miss the Baja 1000 section. There was a lunch stop marked in the guide eight miles from the intersection. I rode there but he was nowhere to be found. Well, what the hell, it was lunch time and if he figured out he was on the wrong path, he’d have to ride back that way to get back on the red track.