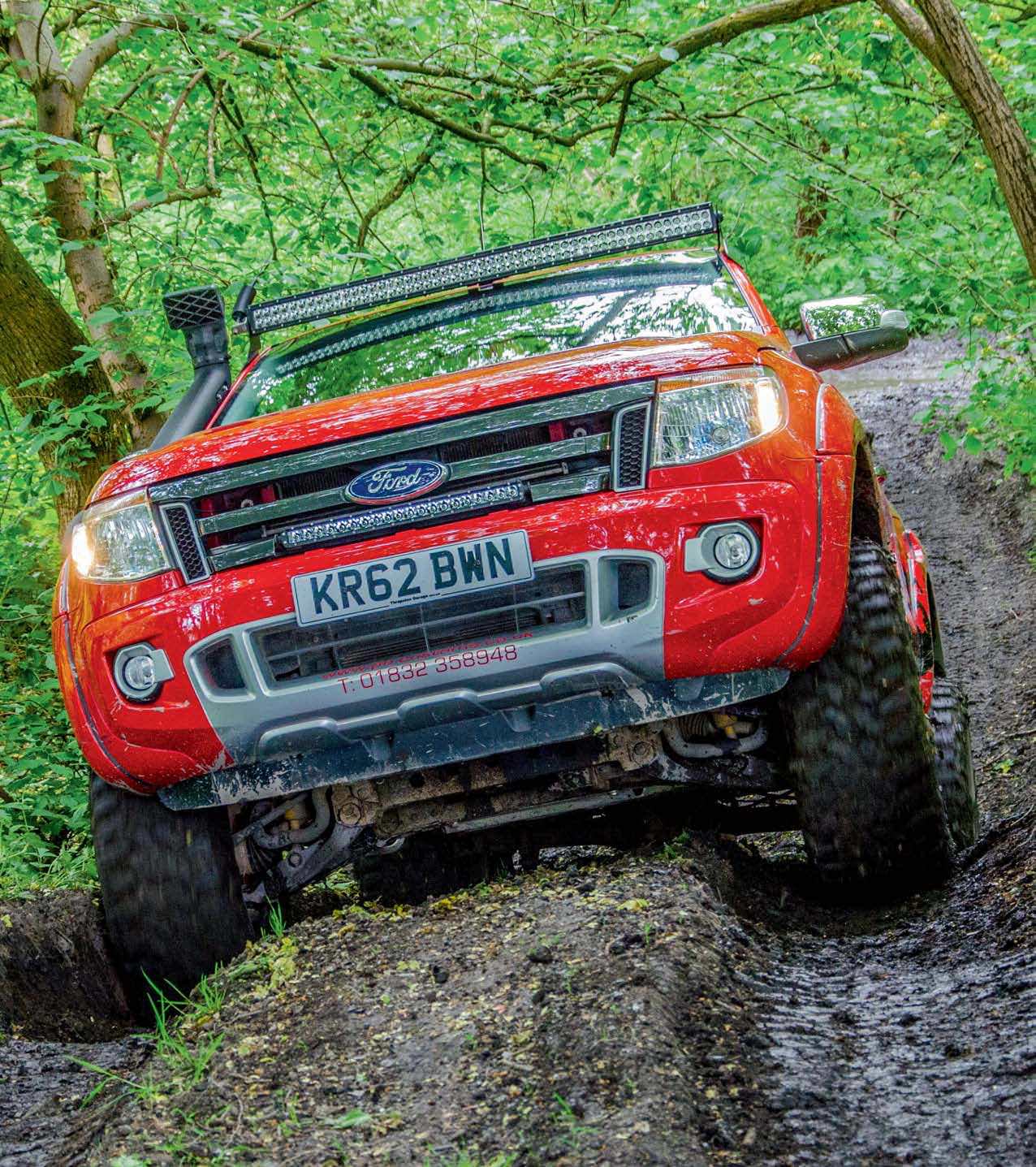 ‘No man with a good car needs to be justifi ed,’ said the man in the hat in cult movie Wise Blood. And this blood red Ford Ranger is here to tell you that neither Paul Brown, nor any of the customers who throw in their lot with his company, are going to need any justifying at all.

A couple of issues ago, we featured Andy Smith’s highly prepped Ford Ranger, which is in the process of being turned into a full-house expedition truck by PB Customs. The company is gaining a strong reputation among the sort of vehicle builders who like to manage a project rather than do the spannering themselves – and its own Ranger, which you see on these pages, is becoming an ever mode impressive calling card for what the guys there can do.

The vehicle is a pre-facelift T6 Limited with the must-have five-cylinder 3.2 TDCi engine. With about 200bhp in standard form, this unit is one of the main reasons for the Ranger’s fast-growing popularity towards the upper end of the modding game; you can tune it for plenty more, too, though the truck’s owner, PB Customs’ main man Paul Brown, has left well alone.

That’s not to say he hasn’t already made an improvement under the bonnet, though. Not that it was the fun kind. Rangers of this one’s generation with the 3.2-litre diesel have an issue whereby the oil pump can fail to prime after the sump has been drained, with predictably dire consequences. The fix is to replace the pump with a different unit, as used on later models – not the most pleasing thing to have to spend your money on, but a whole lot better than having to spend much more on a new engine. Doing that would be enough to wipe out most vehicle builders’ entire modifications budget. In fact, it would probably be enough to wipe out most vehicle builders’ entire project budget, truck and all. Much better to spend it on cool kit from the likes of ARB and Old Man Emu.