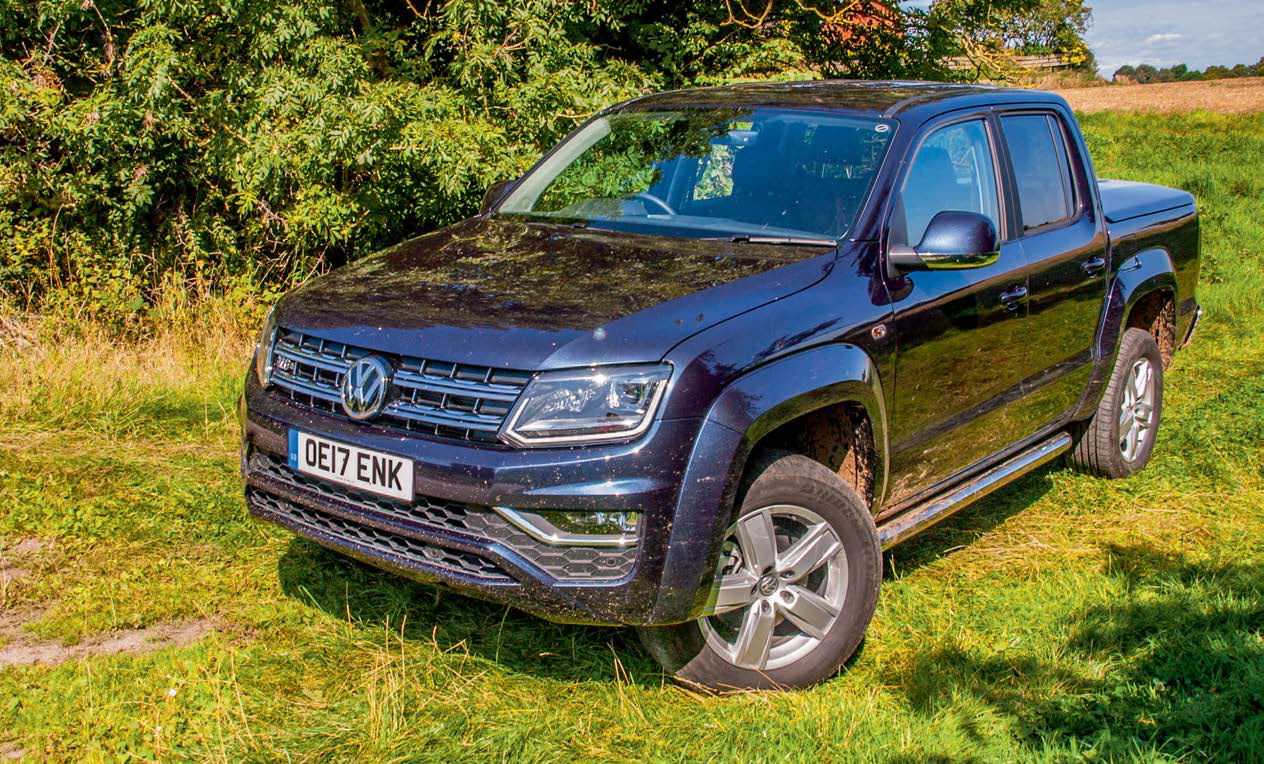 Upmarket double-cab gains a 3.0-litre engine to enhance its premium status – but remains an expensive way of getting yourself into a one-tonne.

There was a lot of hype surrounding the arrival of the new Amarok at the start of this year. VW’s double-cab had already gained a lot of admirers despite having the smallest engine on the market (a 2.0 TDI), but now here it was being reinvented with a 3.0 V6 TDI that was one of the biggest.

The engine was always going to be the biggest talking point with the revised Amarok. It’s available with three different power outputs… or at least it will be once the launch process is fully complete.

That’s because you can currently get it in 224 and 204bhp form, in each case with an eight-speed auto box as standard. Later this year, VW says, the 204bhp unit will gain a manual gearbox as standard.

At the same time, there’ll also be a 163bhp version of the engine; this too will be manual as standard. The range will also be expanded to include a Startline model specced with fleet and business customers in mind.

For now, however, we have a range of three. The Trendline is comfortably specced, while the Highline adds some bling and luxury. You might also still get one of the Aventura launch models, but the 224 Highline tested here is the range-topper going forward. 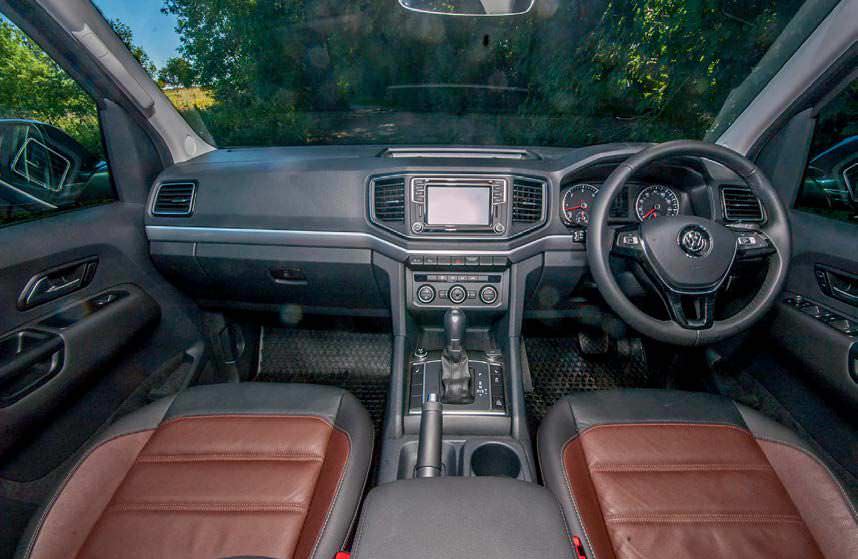 Our test vehicle had optional brown leather, but even without this the feeling of quality in its cabin is obvious from the word go. The dash is all hard plastic, but the standard of build is very good and the centre console is rock solid.

The seats don’t have lumbar adjustment, however. We found ourselves shuffling around in them after an hour behind the wheel when we first drove the Amarok last winter; this time, long journeys on the motorway proved that it’s a comfortable enough place to sit, but we still found ourselves reaching in vain for a lumbar lever after a while on board.

The Amarok is not alone in lacking this apparently obvious feature, but a more surprising black mark is the lack of decently proportioned stowage space up front. The cubby, glove box and door pockets are all small and awkward to get into, so you’re likely to end up leaving things like your shades, keys and wallet in the bin and cup holders in the centre console.

Most seriously, however, we were disappointed by the lack of knee room in the back seats. We commented last time that you’d struggle to get four tall adults on board without at least one or two of them having something to grumble about; this time, we found that a five-year-old couldn’t get into his car seat without the driver (who stands at 6’1”) having to slide forward and hunch up.

RELATED STORIES
Light on the dark side
SA4x4
4 mins read