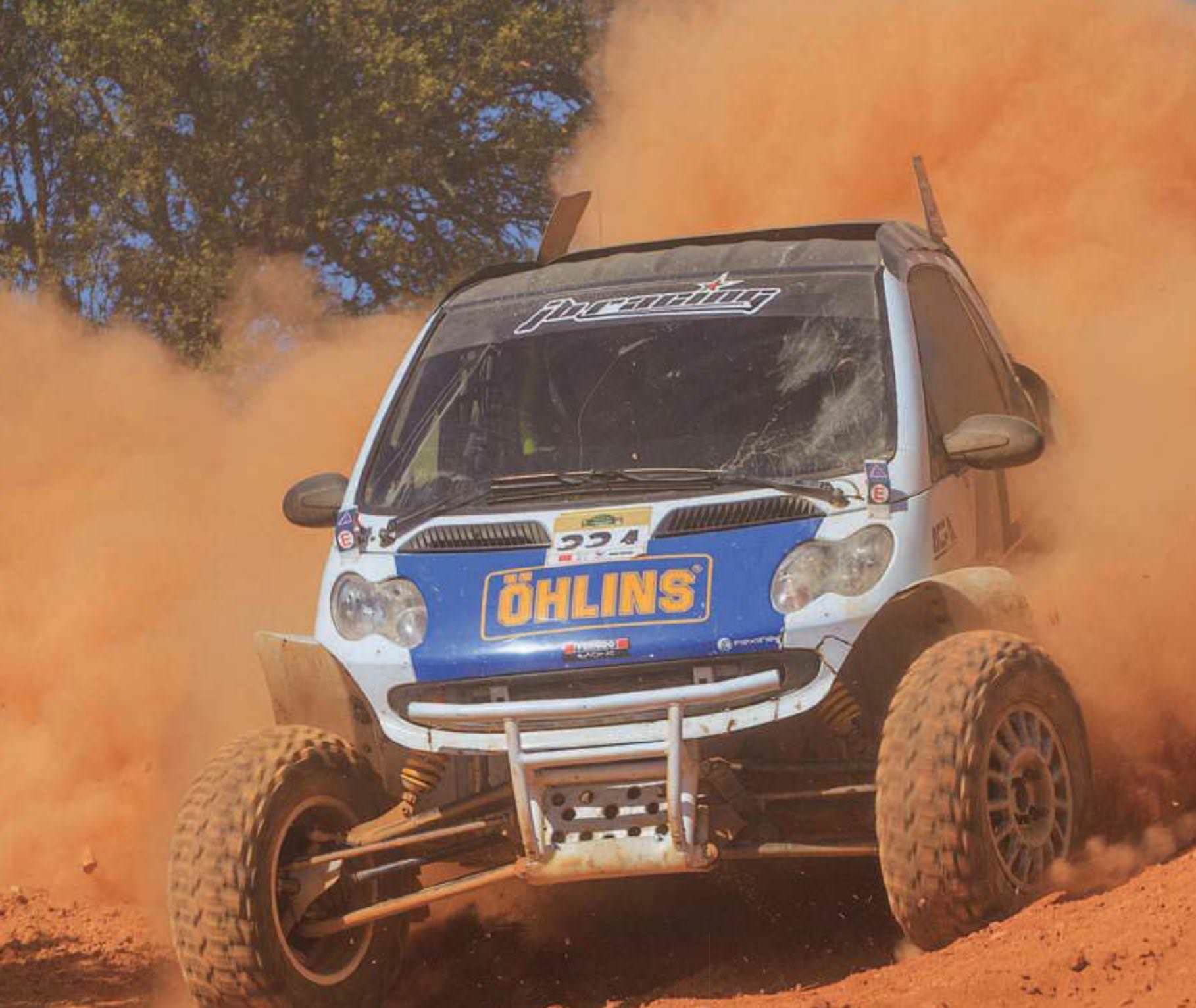 It is often said that the best things in life come in small packages. This serious Smart Car bodied, mid-engined, space-frame 4x4 from Portugal might just be one of them!

Life is all about perspective. I started off-roading in lifted Land Cruisers so everything from a Land Rover down seems a little small to me. But Jorge Branco started out on bikes, so for him his Smart creation is actually quite big. But why go to such lengths to build something so strikingly unusual? The reason is actually quite simple. There is a time in many bikers lives when the number of broken bones and ever more drawn out recovery periods encourages them to contemplate other, slightly less life-threatening past-times where after an accident it's their cars they have to fix, not their bodies.

Jorge lay in hospital in a selection of plaster casts thinking about this at the same time that the Polaris-led UTV scene began taking off in Europe. Having a cage around him that came into contact with solid objects before he did was both a novel and welcome experience and one, as an engineer by trade, he took to extremes, making bespoke safety cages, suspension components and shoe-horning much more powerful Hayabusa engines in the back. This is where JB Racing was born. A couple of years ago, 28 out of the 30 buggies in the UTV class in the Portuguese Cross-Country Championship sported Jorge's products.

There's one thing about racing a Polaris in Europe though; a sieve is less porous and in another step towards comfort and to stop spending hours racing a car covered in mud and soaking wet overalls he looked at how to make an enclosed body; the result is this little beast.

It might look like he just dropped a Smart body onto a Polaris but it is actually a marvel of design and engineering, and most of it has been made in-house. Of course it helps that Jorge is one of Portugal's most pre-eminent off-roading engineers and as the day job runs a machine shop that would make any fabricator dribble with envy.