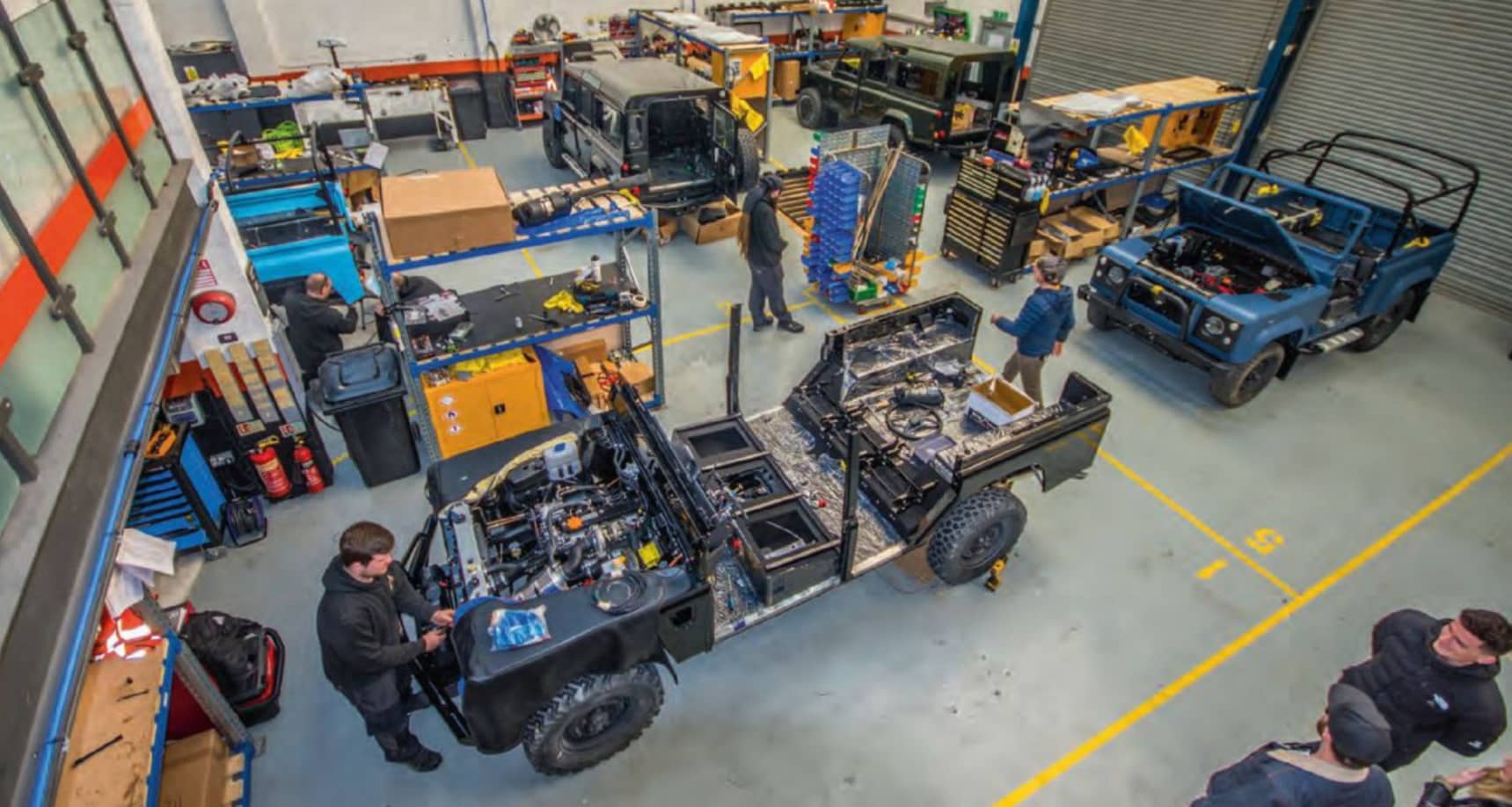 The company, which for the last seven years has been selling only to clients in the USA and Canada, has built a formidable reputation for the quality of the vehicles it builds – and now it is once again open for business in its home market.

Founded in 2008, Arkonik initially withdrew from the UK market in 2012 in response to a slowdown in orders following the global financial crisis. The company developed a business model which sees it scour mainland Europe for left-hand drive 90s and 110s suitable for restoration; these are fully rebuilt from the ground up and sold to clients in North America.

The company’s premises, a little way south of Bath in the village of Mells, operate like a proper manufacturing facility. And with every vehicle being built from scratch, to a much higher specification than the original, in many ways it does resemble a car maker rather than a restoration outfit. Each of the Land Rovers it sells is unique, however; with a forward order book of around eighty clients, it builds only to order, and those customers are given every opportunity to spec their vehicles to their own personal preference.

This is a key difference between buying a new car from a dealer and having one built by a specialist like Arkonik. The company has found that the interaction between it and its clients are a part of the process they treasure – so much so that many have come back to order further vehicles so they can enjoy speccing them again.

Naturally, these are wealthy customers. Arkonik says it’s possible to buy an entry-level vehicle for just under £100,000, and that at the top end you could pay twice as much as that. But these are heirloom cars built to last through generations and, if you’ve got it to spend, they represent a rock-solid investment.