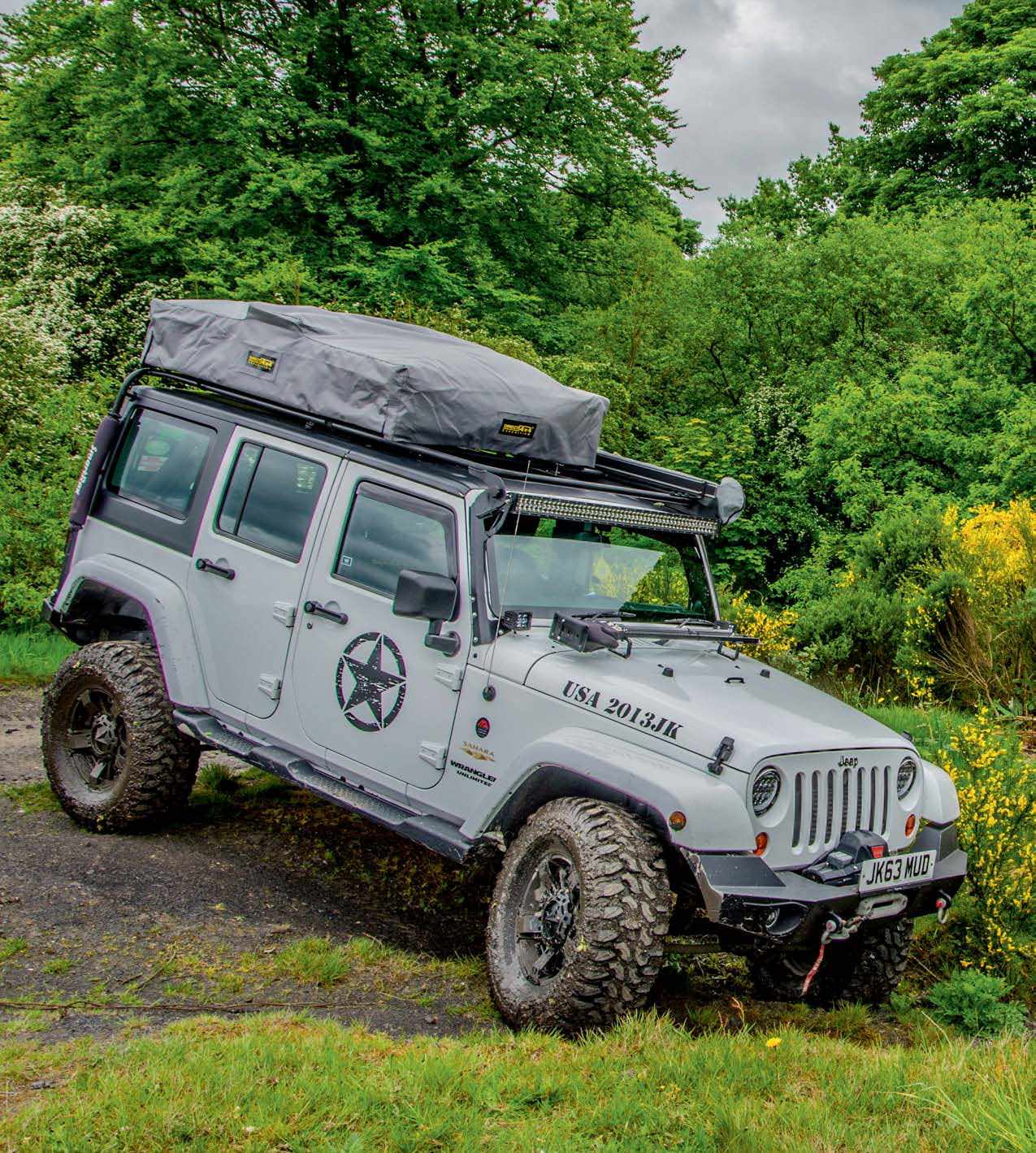 Traditionally, people bought Jeeps as off-road playthings but wouldn’t trust them for long-distance expedition work. he arrival of the fi ve door Wrangler Unlimited changed all that, however – and Mat urro s tidil modifi ed example demonstrated how well you can turn one into sorted adventure truck that’s also very much at home on the school run.

The Jeep Wrangler is more than capable off-road straight out of the factory. However, of all the options out there, Jeep’s hero vehicle is one of the most popular 4x4s to modify. With the extensive accessory aftermarket, especially from across the Atlantic, owners are spoilt for choice when it comes to making their Jeep their own.

What’s rarer is to see a Wrangler adapted for overland use, a form of off-roading for which Jeeps have traditionally been overlooked. However, that was the vision of Mat Burrows when he got hold of his Wrangler JK Unlimited a little over a year ago.

When Mat purchased the JK, it came to him almost completely standard. All that had been added was a 2” lift kit and an aftermarket roof rack. So for a serial modder like him it was the perfect find. 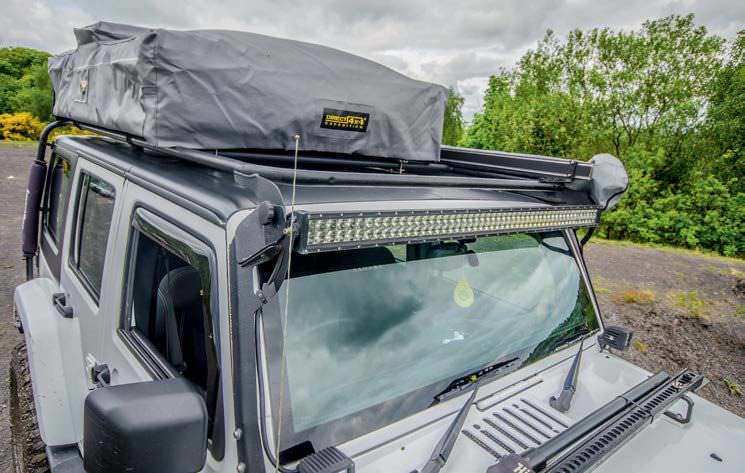 Having grown up in the countryside, Mat got a taste of mud at a young age, rounding up cattle in farmers fields in a trusty Land over Defender. Not necessarily off-roading as you and I would know it, but it was all he needed. From that point on, Mat has owned a breadth of 4 4s including multiple Land overs and Suzukis a Nissan Terrano, a Daihatsu Sportrak and a Vauxhall Frontera before he came to own this, his first jeep.

Like most petrolheads at has been misled by the allure of power in the past – most notably, an ill-fated project involving an innocent Suzuki SJ and the engine from a Toyota Celica. Add a steep hill into the mix and lessons were there to be learned; mid-climb, a propshaft snapped and gravity took over, leaving Mat feeling very thankful for the vehicle’s roll hoop.