OF MUD TO SAND

IF THERE IS ONE THING TASSIE IS KNOWN FOR IT IS MUD … AND SOME WILD BEACHES.

RON MOON
ONE OF our party was bogged!

The soft sand between the edge of the lagoon and the open sea was super soft – a bit like quicksand really – while the narrow, shallow outlet channel the lagoon had carved through the sand towards the sea, had a sheer, but luckily, low bank on each edge; just enough to slow one’s approach and exit. The sea itself was remarkably calm, with just a low swell rolling in onto the beach; but the tide was running in, which was not the best time to get bogged. 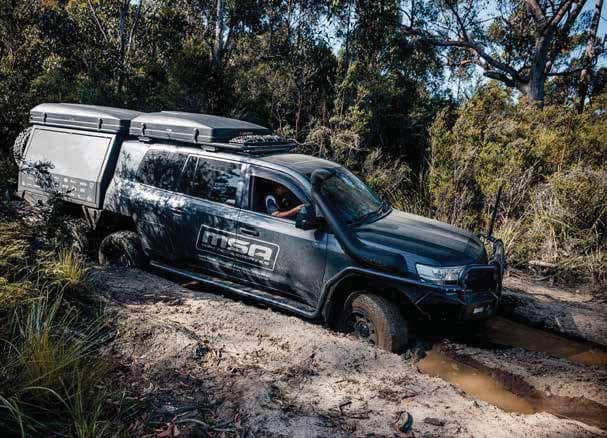 The last vehicle in our convoy to drop into the outlet channel climbed up the little step onto the surrounding sand, but with its speed washed away it quickly went down in the squelchy sand. We parked two of our convoy out of harm’s way and went to the rescue with the well-equipped 4x4 Australia Ranger. A couple of shovels were quickly deployed ensuring we didn’t dig down too far, as the water table wasn’t that far below the surface. Then we employed a couple of MaxTrax, hitched a snatch strap and the little Hilux popped out and was soon on terra firma. That was our only incident on our run south from Temma on the west coast to the low rocky headland of Sandy Cape. We were lucky! 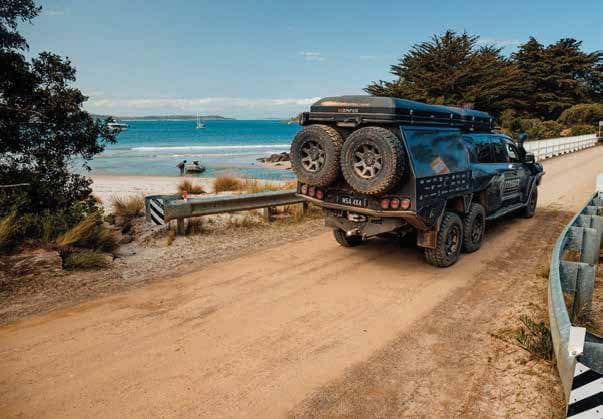 WE HAD left Queenstown a couple of days earlier and wound our way down the range from that historic enclave where, perched on the edge of Macquarie Harbour, one of the largest natural harbours in Australia, is the small but important village of Strahan. Originally established in the 1870s as an access point for the nascent mining industry, it soon became an outlet for the Huon pine and fishing enterprises that sprang up around here. Today it thrives on tourism and is well worth a stop of a few days or more.

The narrow outlet of the vast inlet is at Macquarie Heads, and this raging, rock strewn opening has earned the name of ‘Hell’s Gate’. The harbour’s sinister reputation was added to when the area’s first settlement was a convict prison on Sarah Island, established in 1822. During its 11 years of existence the prison gained fame as one of the harshest in the country … and that is really saying something! Today the ruins can be visited via a cruise of the harbour (and heads), and it’s an informative, enjoyable way to spend a day. 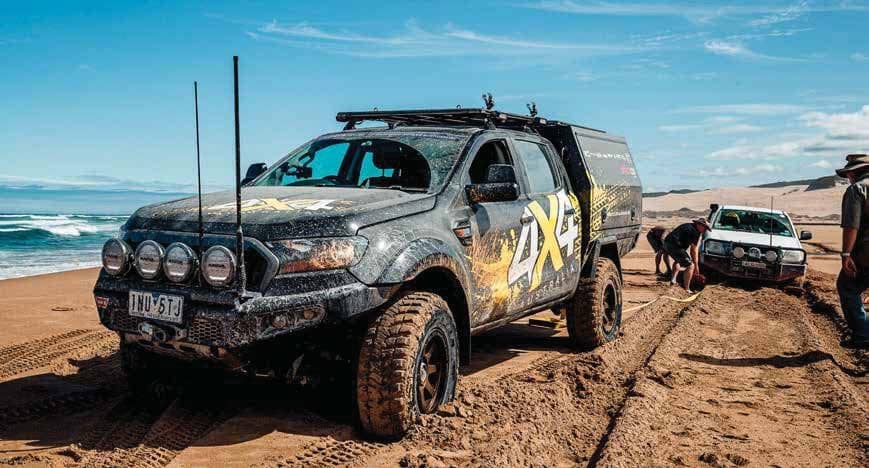 Out at Macquarie Heads, we set up camp for the evening, the camping area a bit more crowded than normal as it was a long weekend in the state. Next day we dropped on to the sand at the Heads and drove the Ocean Beach 10km north and took the exit which led back into Strahan. We had a pretty easy drive on this last trip, the sand being firm and effortless to drive on; but it’s not always so, with winter storms stripping the beach of sand and leaving very little, if any, to drive on. If in need of more adventure, this beach drive can be extended as far north as 8km to the mouth of the Henty River, the river being generally too deep and wide to cross to go any farther. 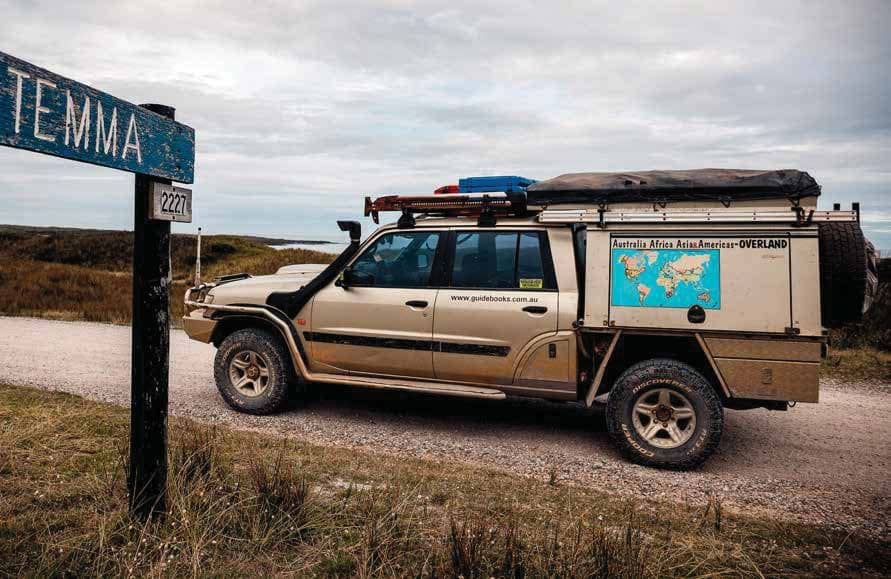