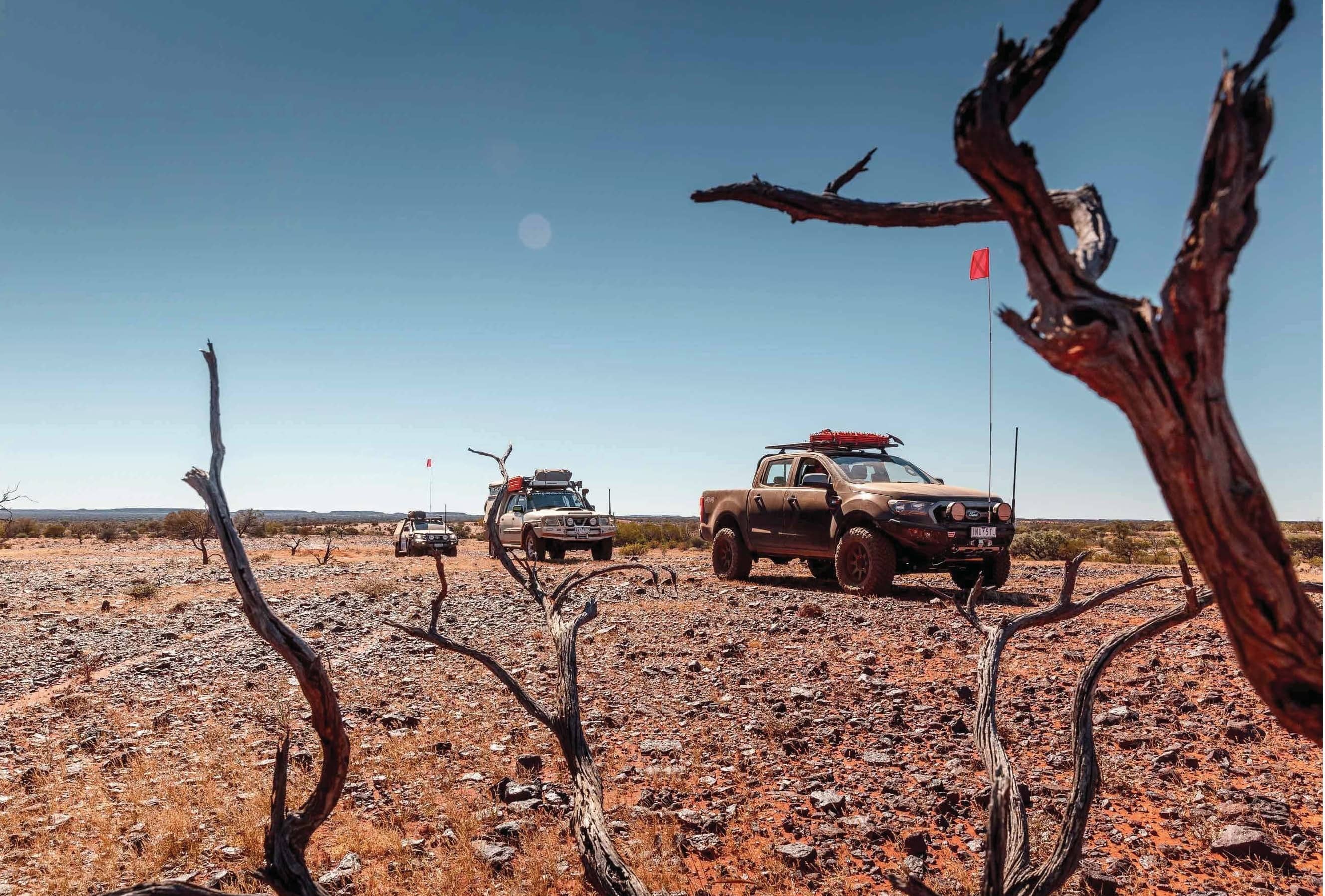 FOLLOWING THE HAY RIVER THROUGH THE SIMPSON DESERT IS ONE OF THE GREAT DESERT JOURNEYS IN AUSTRALIA. JOIN US AS WE HEAD SOUTH ALONG THE EPHEMERAL RIVER.

SHERWIN sliced open the green seedpod with a deft flick of the Leatherman’s blade.

“You can eat this,” he said as he handed the opened fruit to me. “You white fellas call it bush banana, but I reckon you’ll prefer the banana you get in the supermarket,” he continued with a wry smile. 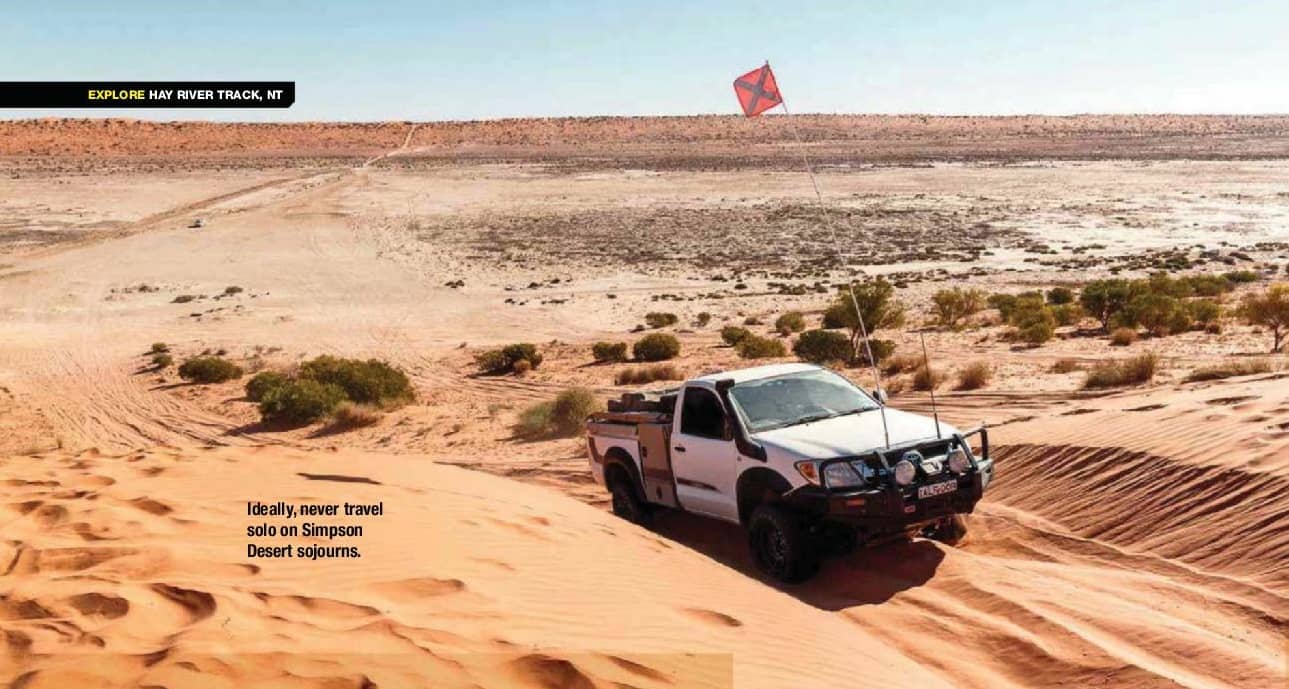 The taste wasn’t unpleasant and has been likened by some to peas, but I couldn’t taste that. Still, it did help dispel that famous Crocodile Dundee quote about bush tucker which went something like, “You can eat this, but it tastes like shit!”

We were on a ‘Bush Tucker Tour’ with a couple of young Aboriginal fellas at Batton Hill Camp in the very north of the Simpson Desert, and the stepping off point (or end point, depending on which way you are heading) for a trip along the Hay River.

For the previous week or so we had wandered through the Eastern MacDonnell Ranges and along the back roads north of the Plenty Highway before refuelling at the Jervois Homestead, the closest fuel to the Batton Hill and a good spot to camp, if the timing is right. Being midday we pushed on, passing a group who had been camped for a couple of days waiting for a tow truck to come from Alice Springs to recover one of the party with a busted rear spring. They were in luck; the truck was following us. 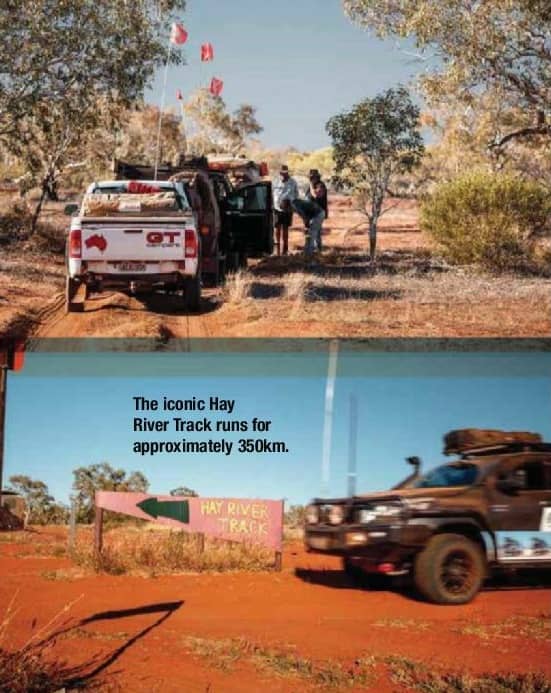 The late Lindsay Bookie, the traditional owner of this area of the northern Simpson Desert, set up Batton Hill Camp, which is set back a little from the main channel on the banks of the Hay River. With the help of Jol Fleming from Direct 4WD Awareness based in Alice Springs, the route along the Hay River was recce’d and established in 2000, and I had joined Jol in 2002 for the first commercial trip which he had led from Birdsville north to the camp. Now I was back with the crew from 4X4 Australia, heading south on what has become one of the favoured routes through the Simpson Desert, even though only around 500 vehicles travelled the route in 2018.

We arrived at Batton Hill in the early evening and settled in for the night at a pretty good basic campground with hot showers (once you get the woodfired ‘donkey’ going), flushing toilets and designated roomy campsites, with fire pits and supplied timber. The camping area even sports a few white gums for shade. 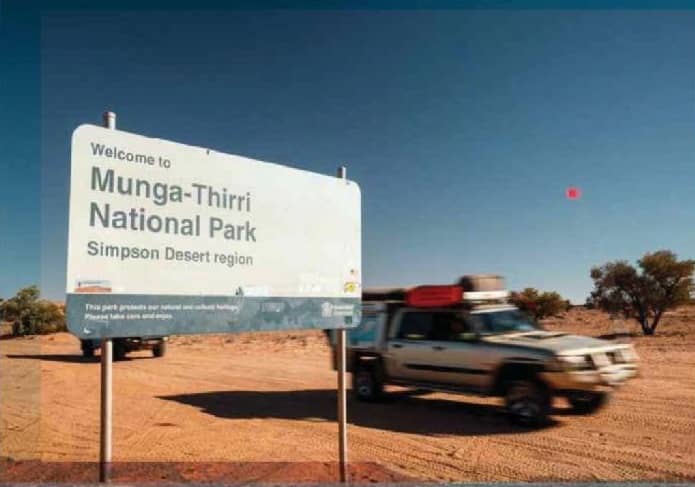