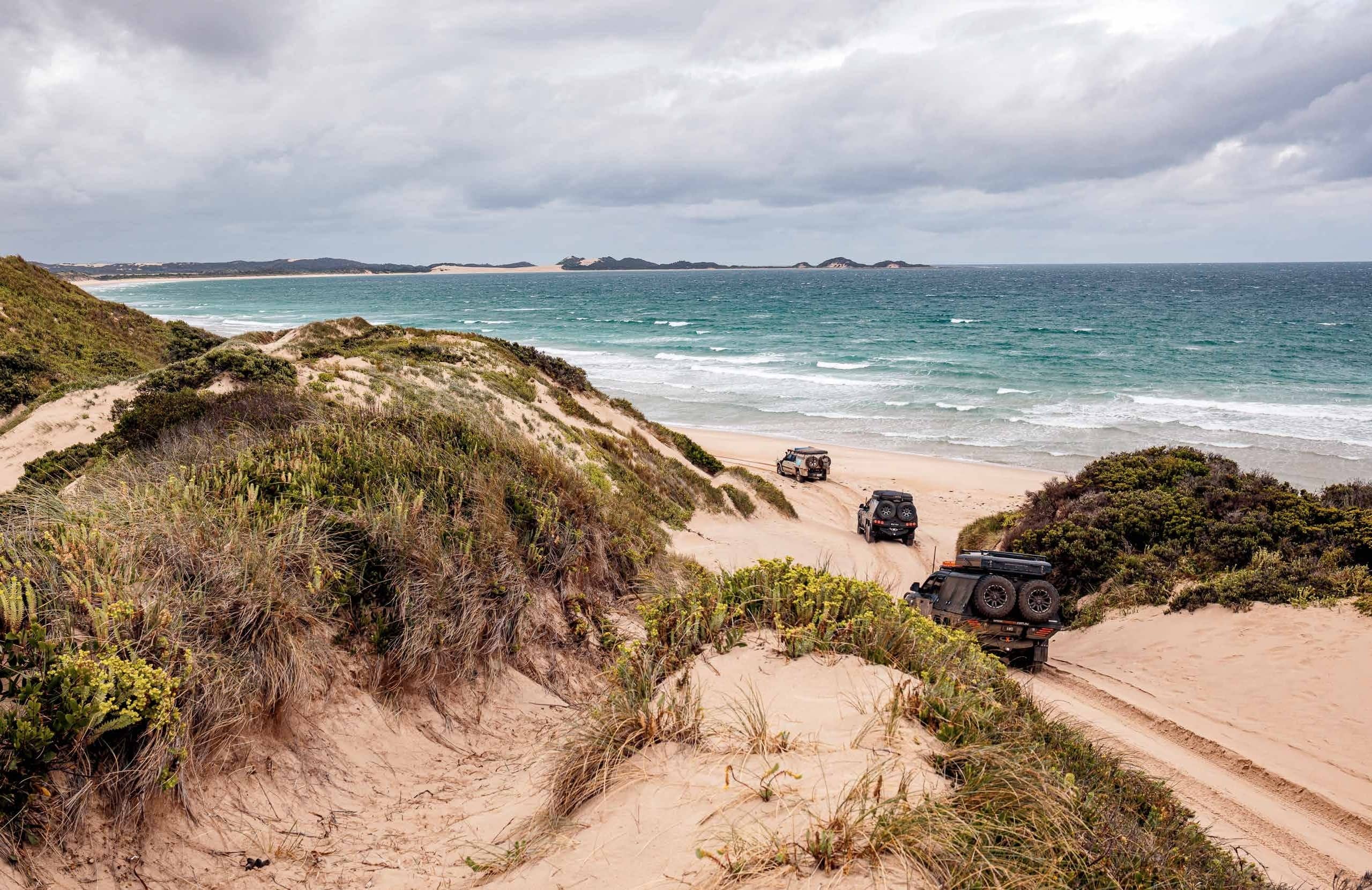 From the beaches, mountains and forest of the north-east of Tasmania to the great cliffs of freycinet np, you’ll be surprised at what our smallest state has to offer.

Our trip had not started well. We were on top of Jacobs Ladder ... or at least that was what the sign said … when we were close enough to see it!

We could have been anywhere, I guess, as the thick cloud that swirled around us limited visibility to just a few metres. Occasionally a wind gust would blow in a thinner patch of heavenly moisture and we would catch a glimpse of craggy rock faces above us, or the beginnings of a rugged valley below. Then all would vanish in another billow of grey matter and we were back to wondering where the vehicle was that we had just walked away from. We waited for some time for the view to improve before giving up and headed back down through the switchbacks that the ‘Ladder’ is so well-known for. 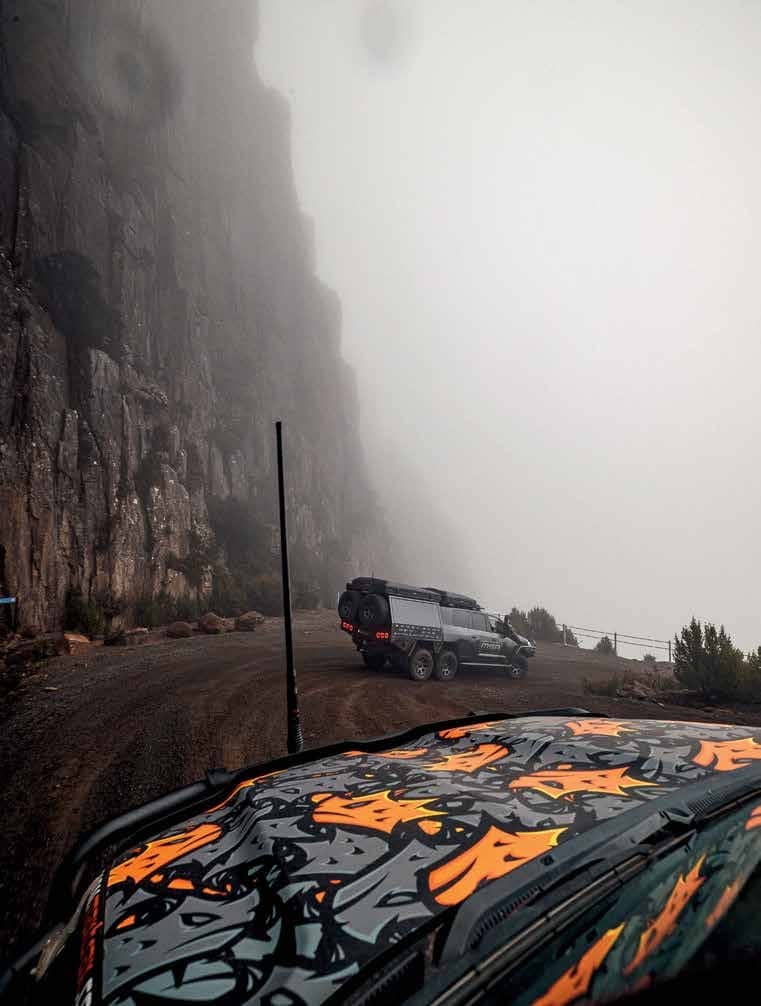 Originally the only access to the top of the Ben Lomond Plateau was via a rough walking trail from the south, and while other walking routes followed the one and only road to the top of the mountain was cut up the near sheer cliffs in 1963. Today the route remains narrow, unsealed and with a speed limit of just 30km/h. It also rates on the ‘Dangerous Roads’ website, but they do beat it up quite a bit! Still, it is reportedly a pretty impressive drive and from the photos on social media, it looked pretty good – I guess, if nothing else, we have an excuse to go back again.

While there is a small camping area up on the plateau, we drove off the mountain and descended to a lower level amongst the rolling verdant plains of NE Tassie, where we could see more than 50 metres. With such visibility we cruised effortlessly towards Bridport. 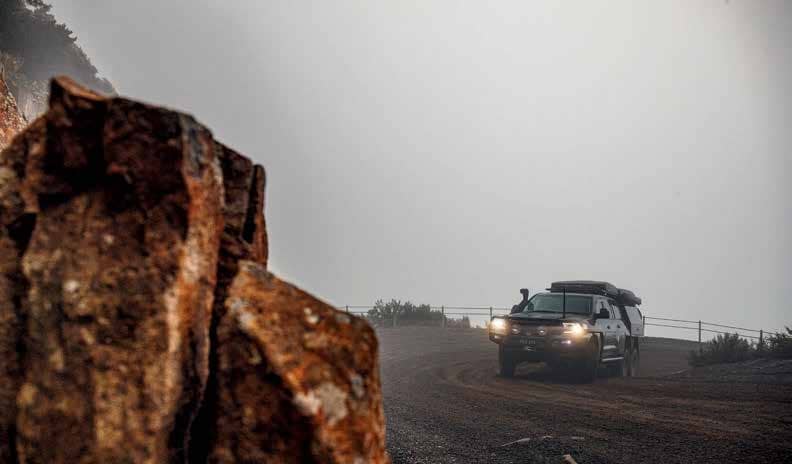 Located on the northern coast of Tasmania, Bridport was first settled by Europeans in the 1830s with the town being established 30 years later. Gold and tin discoveries farther inland in the 1870s had the town booming, but when the Scottsdale-Launceston railway bypassed the town in 1889 its economy slumped. Still, by the 1920s and the advent of the affordable motor car, the Ford Model T, Bridport became a tourist resort. That continues today and, with a couple of world-class classic links golf courses, its popularity seems assured. 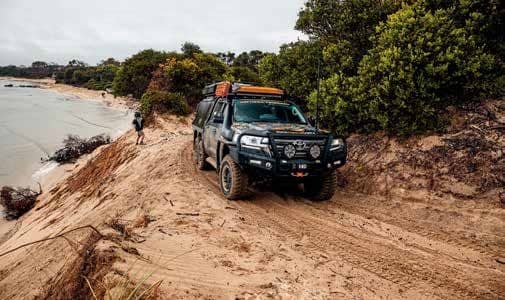 WE HAD COME for the beach drive that stretches along the sands and across the headlands between Bridport and Bellingham – just one of the many such drives on this northern coast of Tassie.

The following morning, with light showers of rain and a strong wind, we set off. Dropping tyre pressure we slipped on to the first beach before climbing a dune that had a nasty off-camber turn close to a cliff edge that had us all puckering up in the nether regions and breathing a sigh of relief as soon as we passed the obstacle. 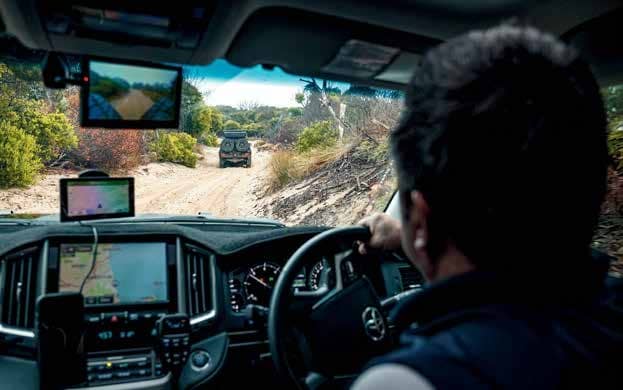 The sand though was pretty benign as the rain had dampened the fine stuff into a firmer base than normal, and we cruised through the dunes of East Sandy Point to drop onto the beach of St Albans Bay. The route is marked by orange markers and there are a few no-go areas along the way, designed to protect important seabird and wader-bird habitat, so please stick to the marked route.