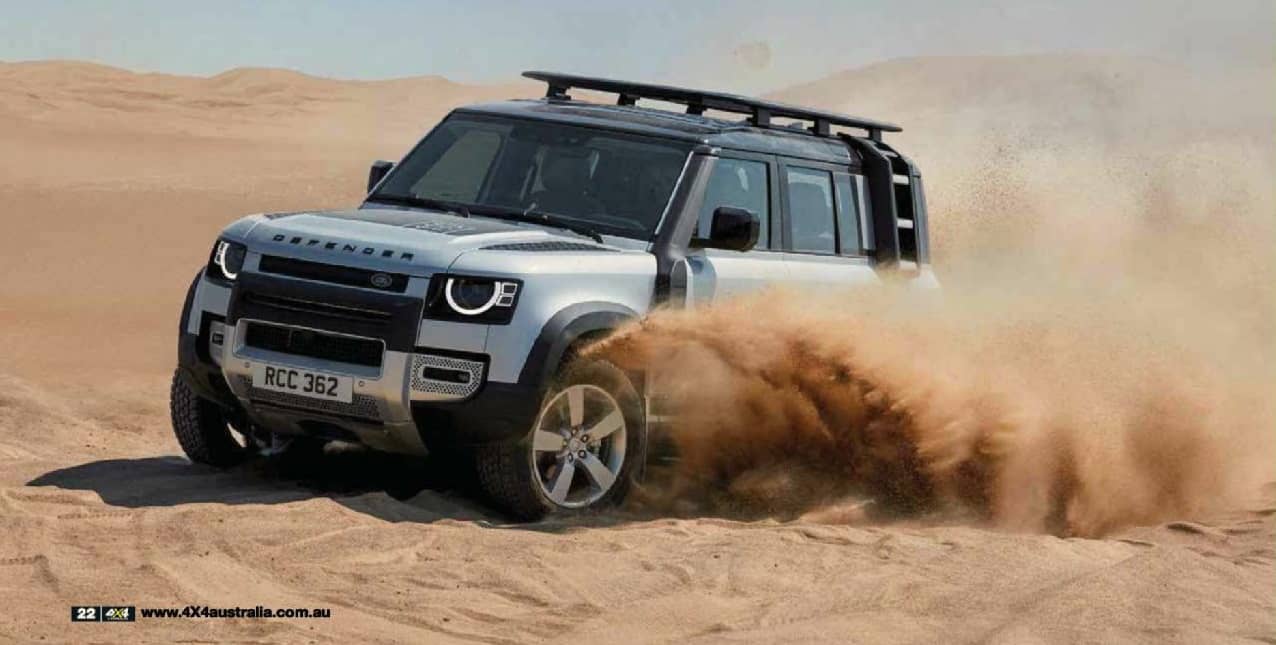 YOU’VE PROBABLY READ ALL ABOUT THE NEW DEFENDER FROM ITS LAUNCH IN FRANKFURT, BUT WILL THIS ALL-NEW LAND ROVER HAVE THE OFF-ROAD PERFORMANCE TO LIVE UP TO ITS LEGENDARY NAMEPLATE? LET’S TAKE A CLOSE LOOK.

IT’S BEEN a long-time coming, but the all-new Defender has finally been revealed; although, the Defender 110 five-door wagon isn’t expected to arrive in Australian dealerships until June 2020, and the Defender 90 three-door wagon around six months after that.

Land Rover Australia says Defender 110 pricing will start at around $70,000 plus on-road costs, while it has yet to announce pricing for the 90. The initial 110 range will comprise Defender, First Edition and top-of-the-range Defender X model grades, as well as S, SE and HSE specification packs. In addition, Land Rover will offer four accessory packs called Explorer, Adventure, Country and Urban, each consisting unique optional accessories. Furthermore, there will be a huge range of individual accessories from an electric winch to a full-length roof rack, and an inflatable awning to a rooftop tent.

There will also be commercial variants of the new Defender 90 and 110, but these are yet to be confirmed for Australia, with James Scrimshaw, Land Rover Australia’s PR manager, telling us, “We are interested in bringing the commercial variants to Australia and will be ordering evaluation units once they are made available to us.”

The new Defender really is all-new, built on a D7x (x for Extreme) platform with an aluminum monocoque structure supporting steel panels – rather than its predecessor’s steel chassis with aluminum panels – and fully independent suspension (with air springs on 90 and 110, and coils also available on 90) replacing the old Defender’s front and rear live-axle coil-spring setup. And, as expected, the new Defender is packed full of high- tech equipment … unlike its rather rudimentary ancestor.