WE STAND FOR THE SAND 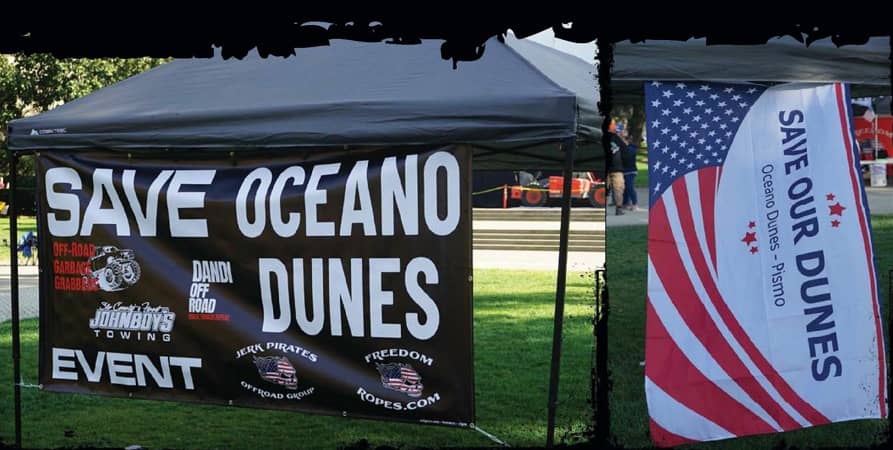 IN January, we joined the Friends of Oceano Dunes on the steps of the California State Capitol to listen to what was happening in their fight to keep the dunes open to OHV use. The rally was organized by Freedom Ropes and Offroad United so that off-roaders could share their opinion. While that was the start of the current fight, it has gotten worse.

Let’s start with the backstory. Prior to 1982, Oceano Dunes – known to most of you as Pismo Beach – was 18,000 acres, over twenty miles of coastline. Today’s numbers are between 600 and 700 acres. Nineteen years ago, Friends of Oceano Dunes spent over a million dollars fighting to keep it open.

There are currently six lawsuits filed, one federal, five state pending demanding the re-opening of the dunes.