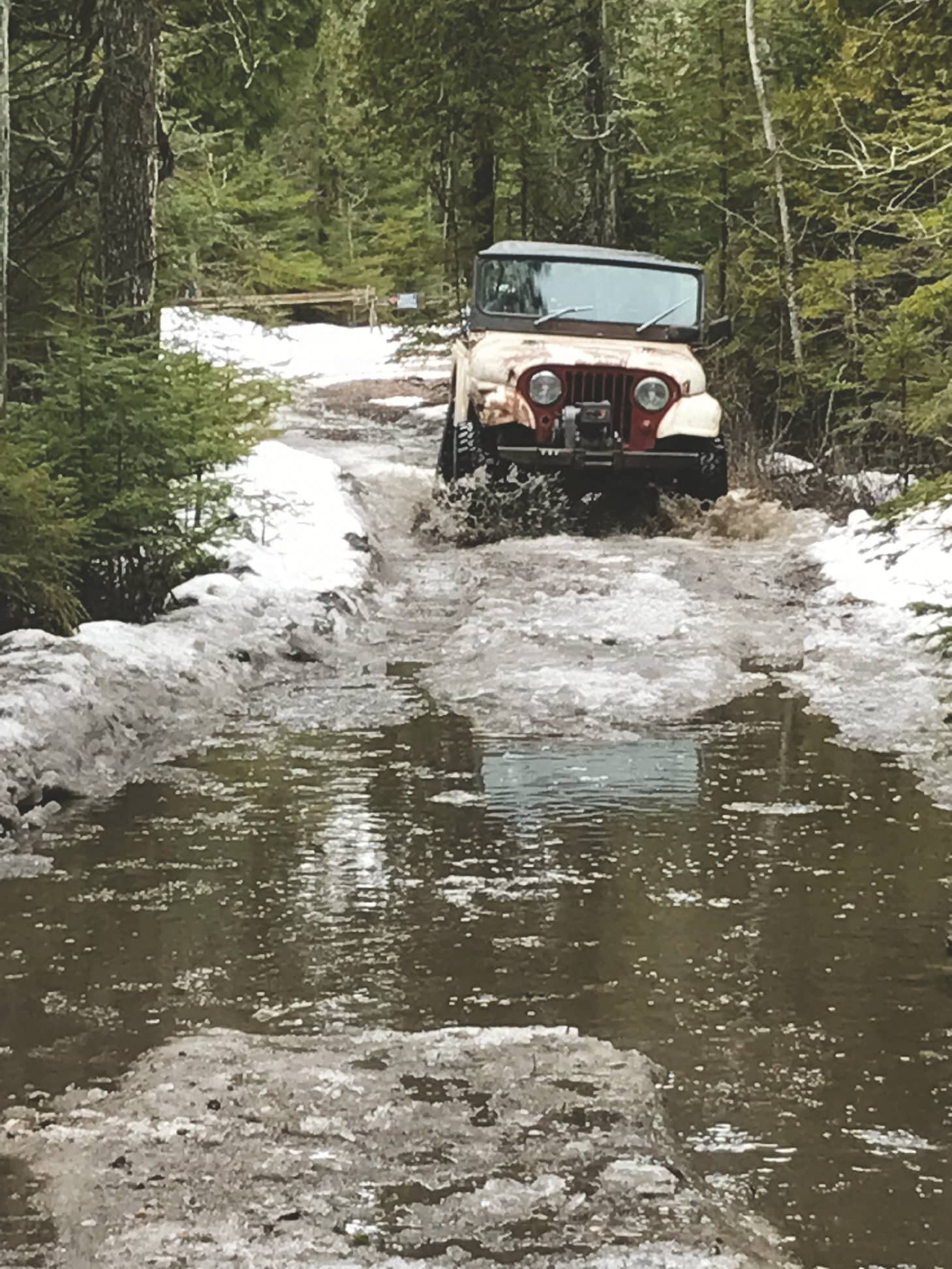 Trying to Get From Point A to Point B in Winter

July 2010, I moved from the suburbs of Baltimore, MD, to living off-the-grid on Shelter Island, a remote island found off Drummond Island, MI, on the eastern end of the Upper Peninsula. During warm weather, April through October, my husband, Hugh, and I boat from Shelter Island to our dock on Drummond. The rest of the year, the commute to work and town can be arduous.

In 2010 I had no clue about off-roading. My family had considered ATVs a nuisance and not eco-friendly. Jeep Scramblers were cheap when I got my driver’s license, but Mom had seen the 60 Minutes exposé that said Jeeps were dangerous, so no way was I getting one. At least not then. When I moved here, I quickly realized that my beloved VW Golf TDI was entirely the wrong vehicle for the two-track that I would have to learn to negotiate in all seasons.

To get to town in winter, we go “over the river and through the woods” to get to our Jeeps, but the fun does not stop there. Our island kisses up to Drummond with about 200 yards of water between the two. After a mile hike from the house to the end of our island, we cross the water either by canoe or wading in chest waders, to get to Drummond. There we hike another 1/2 mile to where the Jeeps are parked at a friend’s summer cabin. By this time, we’re all warmed up for what is in store for us — three miles of two-track that the county does not maintain, so we have to. Then it’s two miles of county dirt road before getting to pavement, which is fourteen miles from our small town. All of this adds up to a 20.5 mile, hour-long “commute” if we don’t get stuck.

Winter number one, Hugh picked me up in his 4WD lifted pickup at the end of the two-track and we went home together. Spring came and he declared “Julie, we need a Jeep for you.” After a few months, we found my first Jeep, a manual transmission ’82 Scrambler with a fiberglass tub and soft top that we put BF Goodrich T/A KO 35s on. Later together, we’d do a complete rebuild as the frame was rotting, but that’s a story for another time. 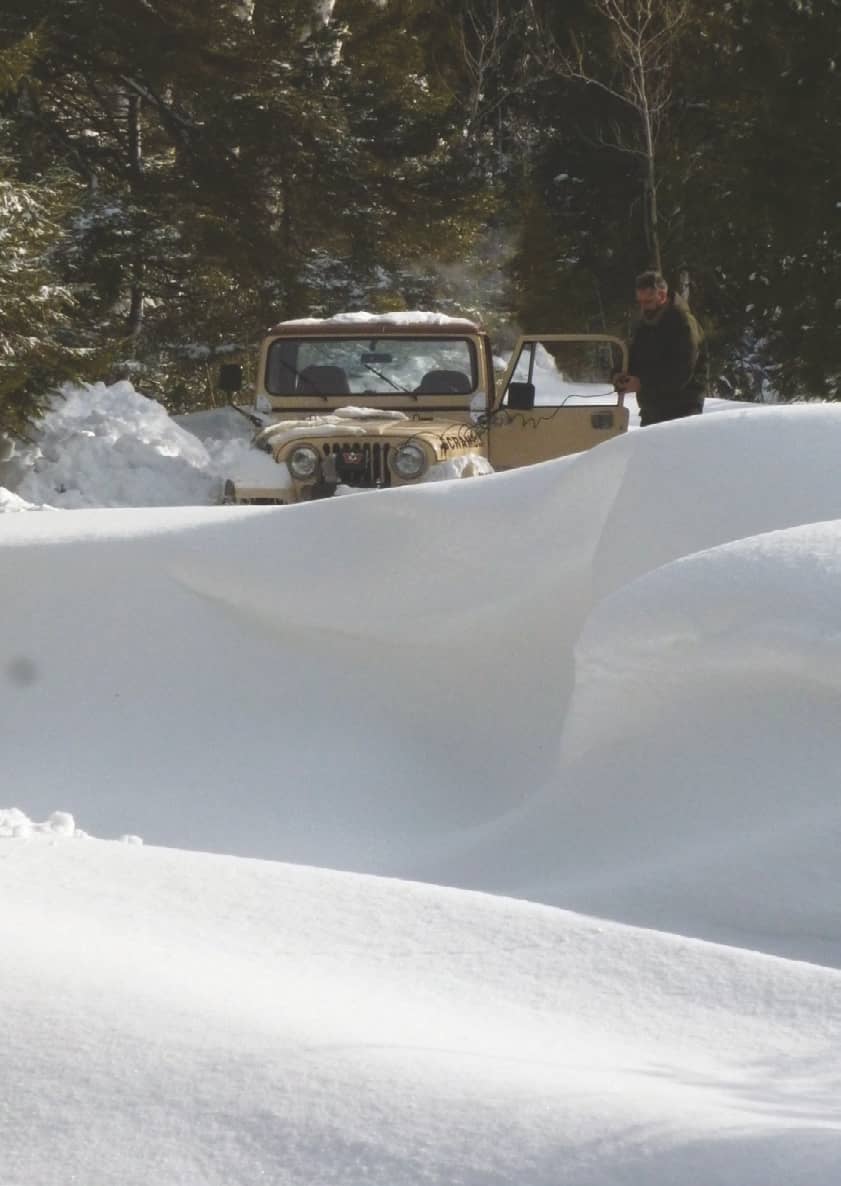