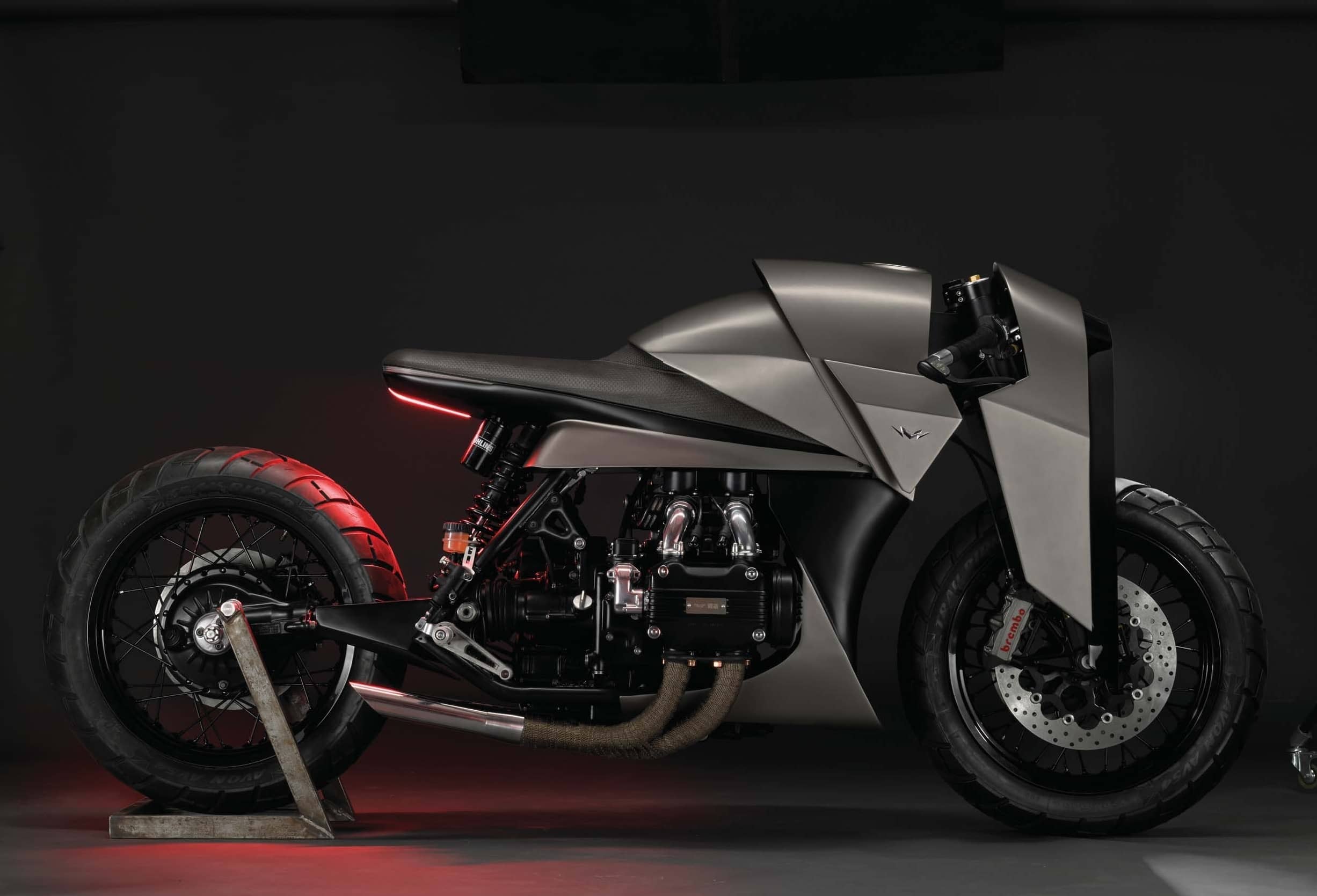 Over the last few years Death Machines of London has produced a number of pioneering builds, some of which you will have seen in these pages, not least the Air Force One Moto Guzzi from the cover of 100% Biker #231. Just when you think they can’t possibly surpass the last build, designer James Hilton of DMOL and engineer Ray Petty of Ray Petty Meccanica raise the bar just a little bit more. And that’s just what they’ve done again…

Inspired by a samurai general’s armour and named after a pioneering Japanese Isle of Man TT racer, Kenzo is a reimagined 1977 Honda Gold Wing and the result of traditional craft combined with state-of-theart manufacturing techniques and plenty of headaches. And cuts. And burns. And serious reconsiderations of life choices.

In 1570, Honda Tadakatsu made a name for himself as one of Japan’s most revered samurai generals, winning against an enemy who outnumbered him by fifty to one without so much as a punch being thrown, simply because they thought he was either insane, deadly, or both. His rival general was so impressed by his bravery (or madness) that he ordered no harm should come to Tadakatsu or his men. Whether by luck or judgement, Honda Tadakatsu lived a charmed life, never once suffering a significant injury despite fighting in over a hundred battles, a fact which led him to be known as ‘the warrior who surpassed death itself’. 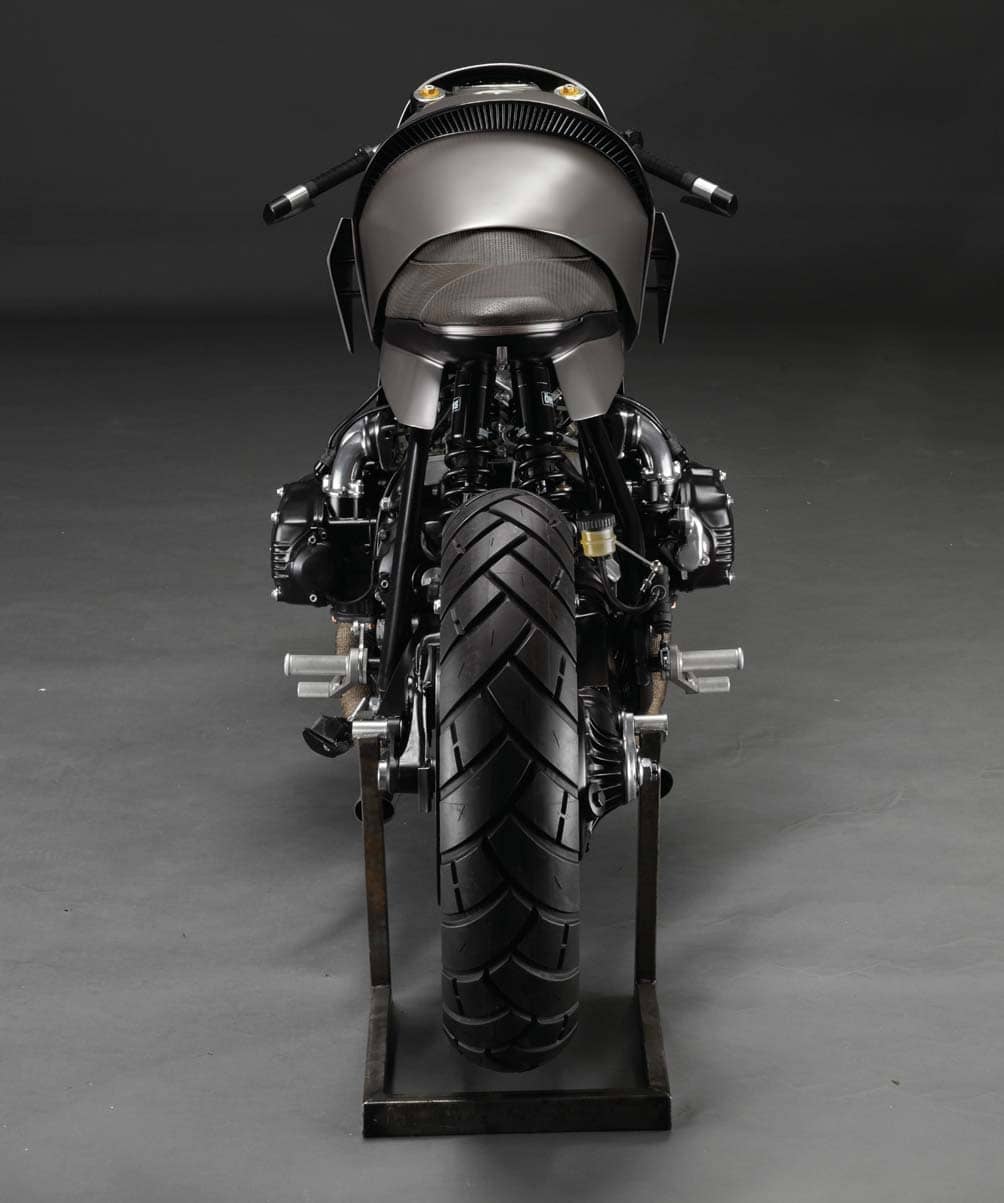 Meanwhile, in 1930, Kenzo Tada spent forty days travelling to Europe by rail and sea to take part in the Isle of Man TT. He was the event’s first Japanese racer and one of the first racers in his home country—when he began racing in 1921 there were just twenty men competing on motorcycles in all of Japan. He fell off several times on the Isle of Man but always remounted and carried on, earning the respect of his fellow riders. It was the first time anyone from his country had competed abroad and it would be 1959 before another Japanese rider rode in the TT. 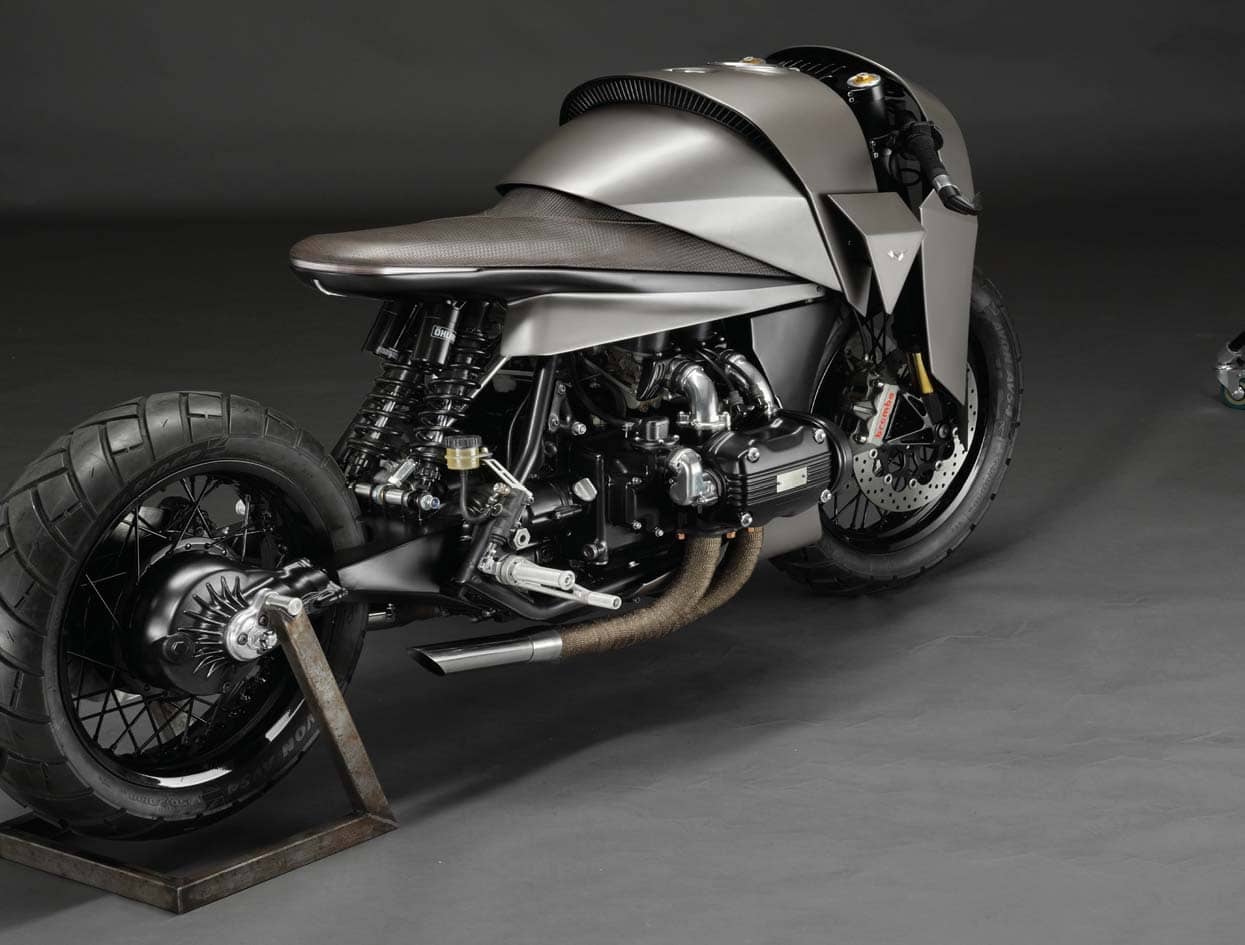 Then, in 1977, the Honda Motor Company popped out another Gold Wing GL1000 from its production line, which eventually found its way to us in 2018.

So … Samurai. Kenzo. Gold Wing. Simple, eh? You were probably already ahead of us. Honda Tadakatsu, the samurai general, probably isn’t related to the Honda Motor Company family. And Kenzo Tada definitely didn’t ride a Honda in the 1930 TT (it was a 350 Velocette). But what’s important here is to not let the details get in the way of a good story.