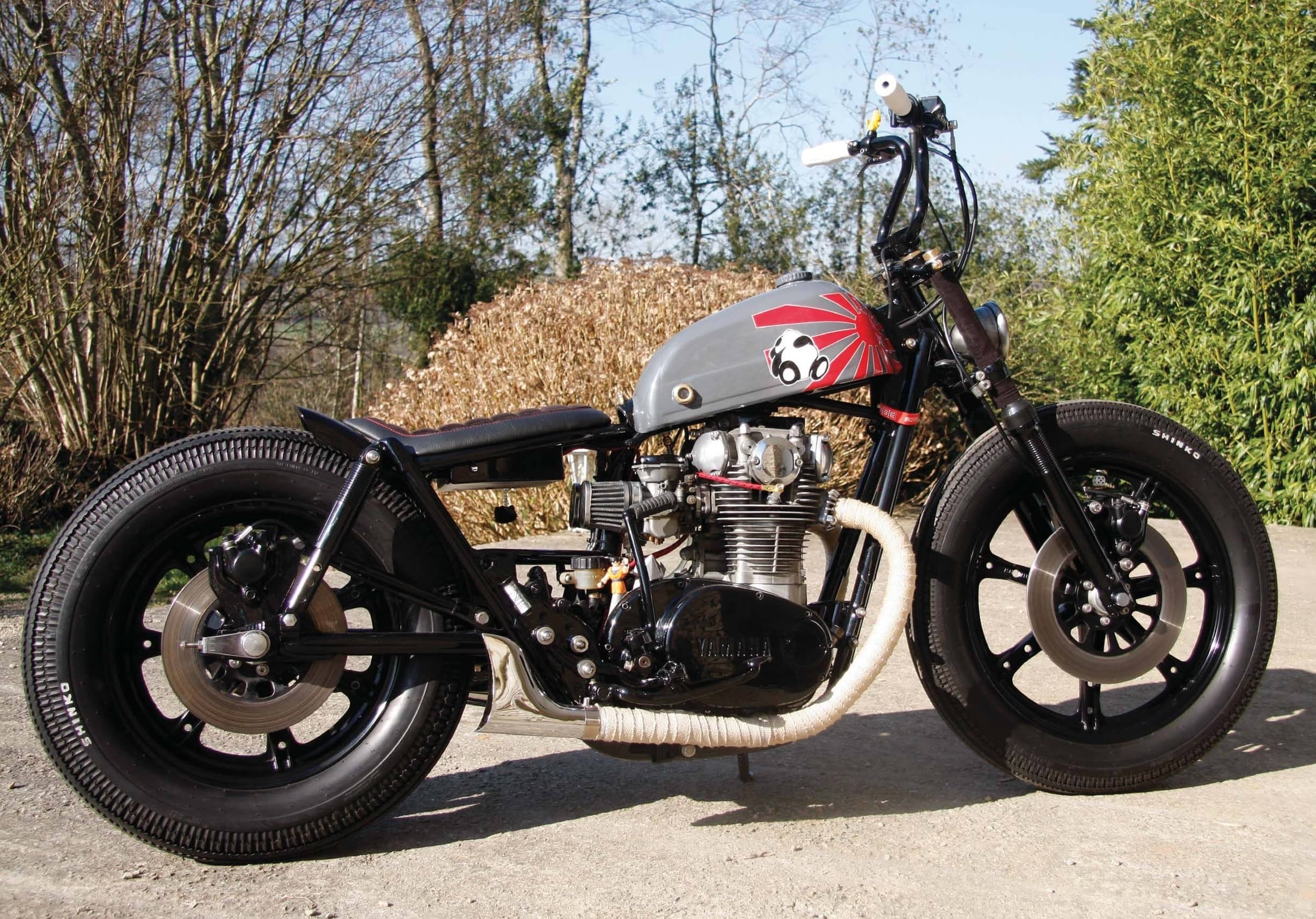 After the Harley-Davidson Sportster, I would wager that the Yamaha XS650 is the most popular choice for a custom bike across the world

BLUE
Back when it was launched some forty years ago, it was one of the most progressive parallel-twin engines you would find. That the horizontal crankcases split horizontally made it easy to work on but, moreover, the XS650 was an attractive engine. It was a cheaper (and more reliable) option to using a Triumph Bonneville or Sportster engine and it lent itself to just about any style of custom motorcycle, from radical chopper to café racer. Small wonder that custom, builders embraced it readily. 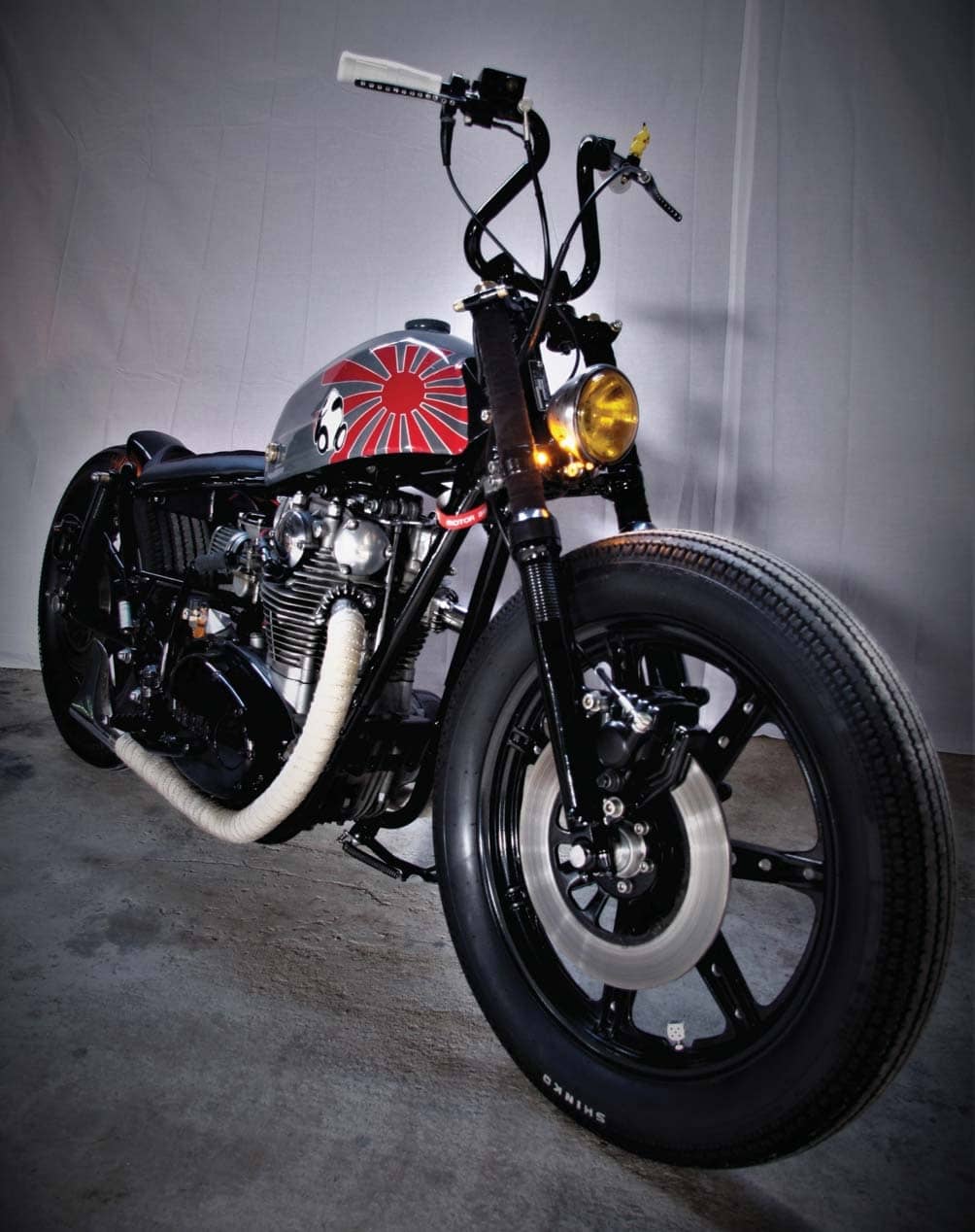 Now, some thirty-five years after production of the mighty XS650 finally ceased, it’s far more difficult to pick salvageable engines or even whole bikes up for the bargain prices that were so common. But it still remains a favourite with builders in many countries. This particular example hails from across the Channel, built by a young man called Sebastien Vernaison from France. 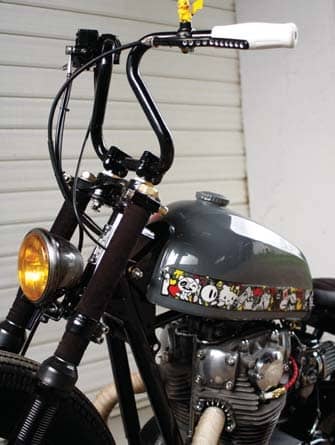 Seb first started customising motorcycles ten years ago with a Honda Shadow. He admits that it took him longer than intended because so many pieces were one-off parts made specifically for the bike and he really didn’t have enough spare time at that point, even with the help of his father. His day job is as a plumber, but he still managed to fit in building a Kawasaki Z1000ST while the Shadow was coming together. 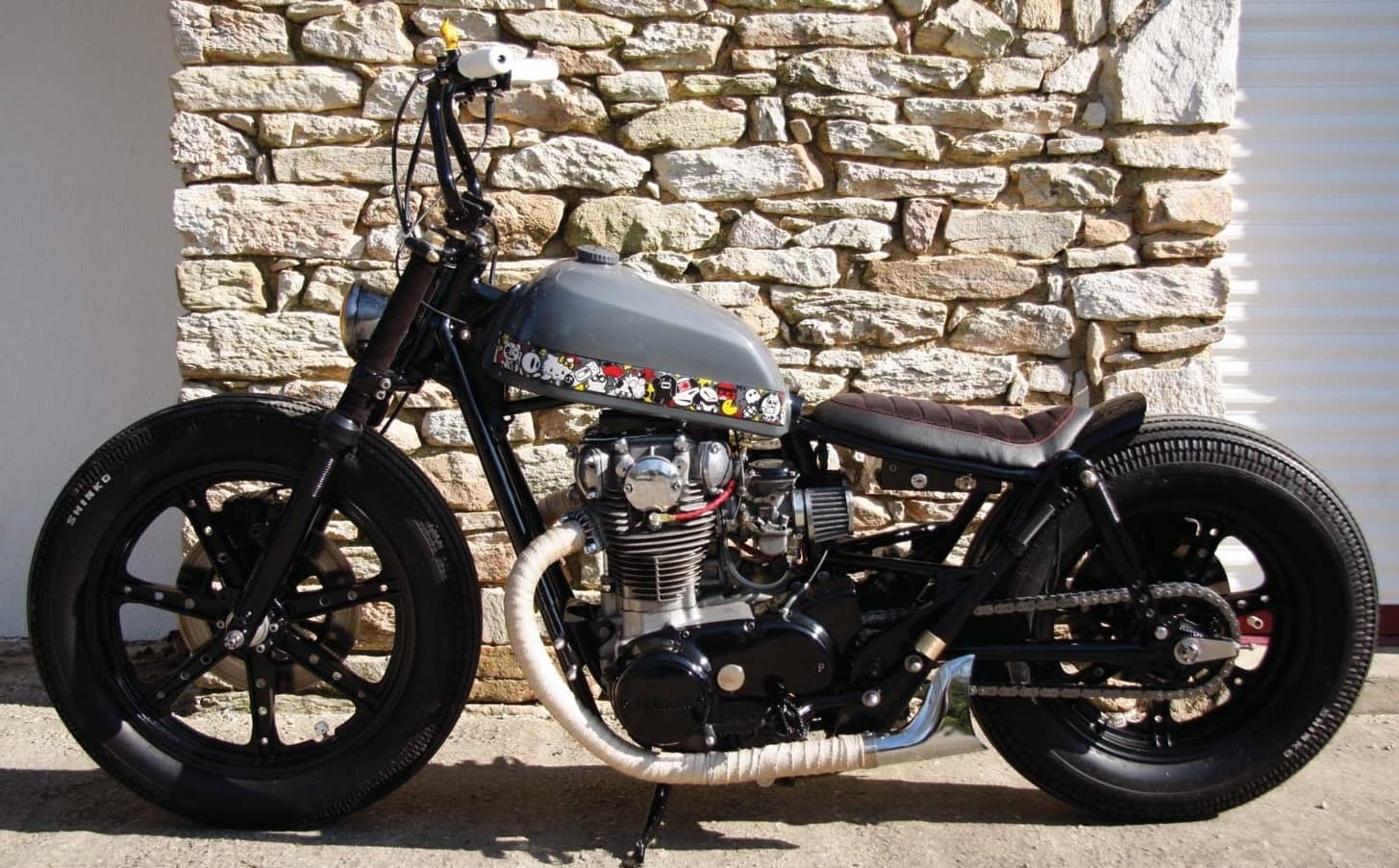