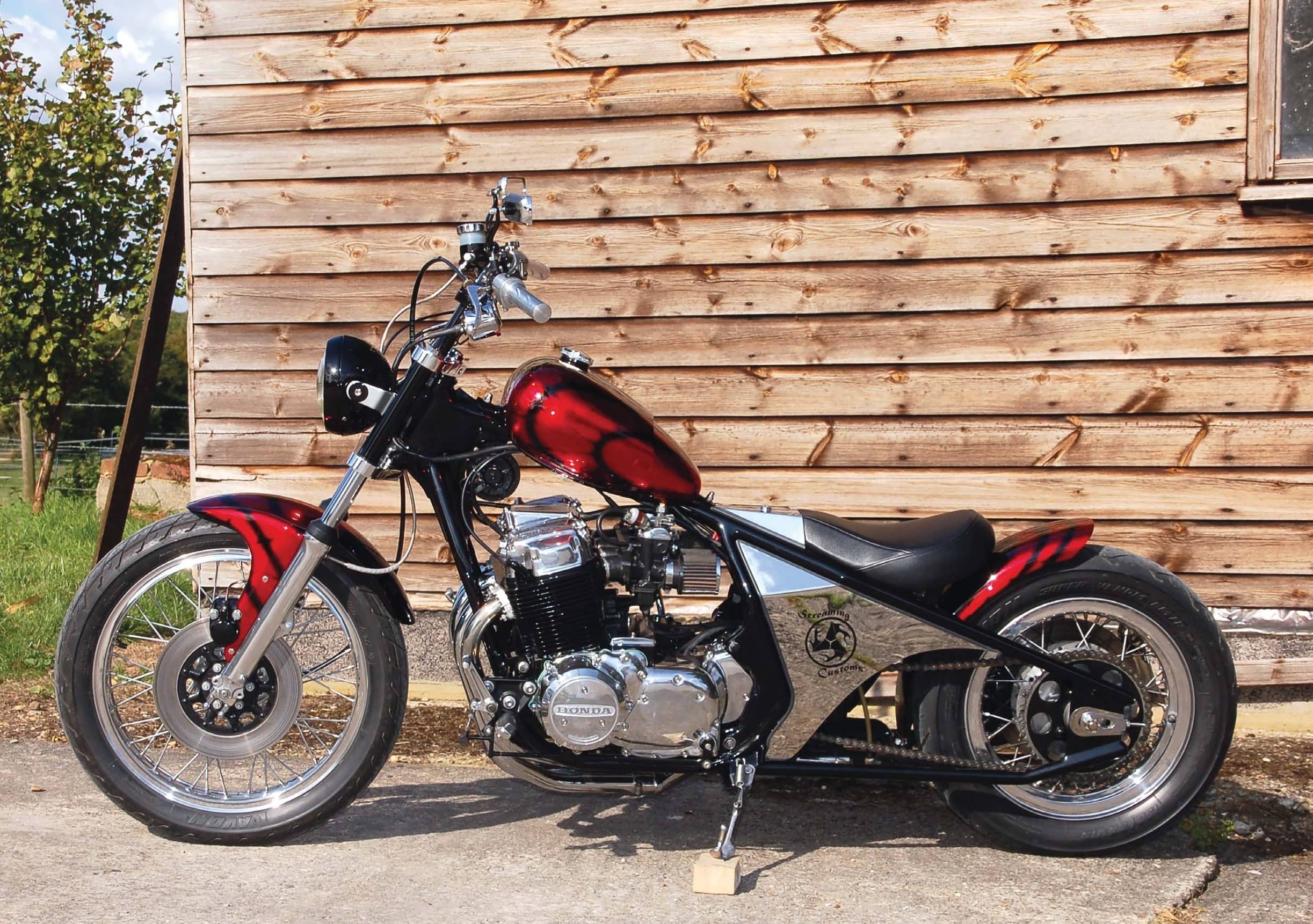 As is often the case, I first caught sight of Nige Biffin’s cool Honda CB750 at a local show last summer, standing out as it did from the stock stuff and the classics present. Not surprisingly, it wasn’t just the ace paint that grabbed my attention, but the obvious quality of the build throughout. I needed to know more…

It came as no surprise at all when I discovered that Nige didn’t just build and paint this bike for himself, but that he also runs his own one-man bike business, Screaming Customs, near Poole in Dorset. His business card describes him as an airbrush artist, gilder and custom builder and if this bike is anything to go by, I’d say he’s jolly good at what he does. Quietly spoken Nige is a modest sort of chap, but he told me that the concept of the Honda’s build was to “build a custom chop-styled bike that rode well and looked good doing it”. It had to have good ride qualities built into the project as Nige likes his performance (he also owns a couple of Suzuki Hayabusas).