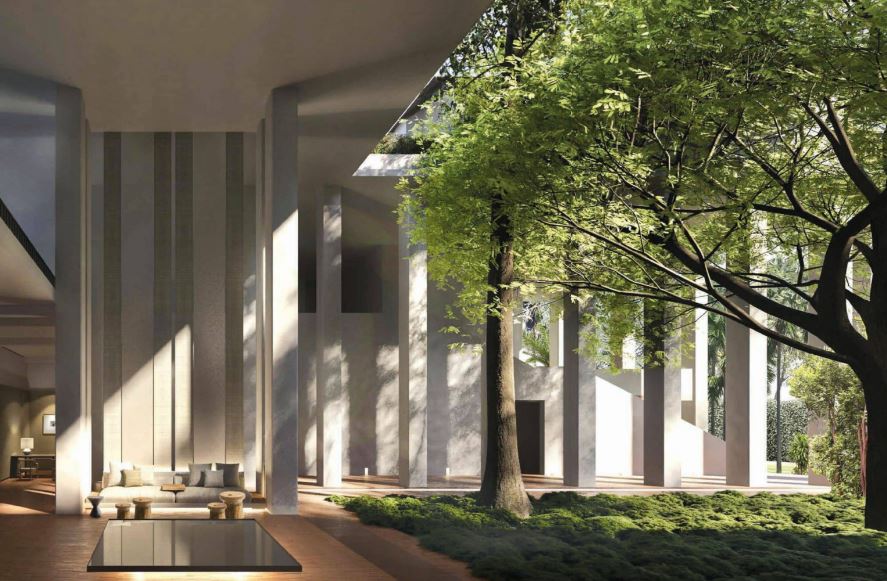 The third hotel in its portfolio is a serene, crafts-filled 33-suite resort abutting North Thailand’s Ping River, on a verdant slice of land 8km north of Chiang Mai’s city centre.

According to Hemvijitraphan, the brief for what was to be his first hotel project was thin.

“Initially, they just wanted to build a hotel in Chiang Mai,” he says. “Later, they came up with the idea that it should connect to traditional northern Thai, or Lanna, culture.”

Faced with this open-ended wish list, he channeled what he calls “the mystery of the past” and let the 7,200m2 site, which stood empty save for several mature trees, dictate the flow of the design.

The focal point is a transition space centering around an old neem tree. Guests,on reaching the end of the property’s driveway, enter the lobby area via a low, open pavilion with a tiered terracotta roof and wooden pillars.

Dense ferns and large wooden pots create an air of tropical mystique before the lobby opens up with tall, templelike concrete pillars and a seating area punctuated by a simple water sculpture.

With each step, the neem tree draws closer and the river scene becomes more expansive.

“On first sight, I knew I should keep this tree and surround it with a public area,” says Hemvijitraphan. “Happiness and nature itself: these are the things I want guests to feel when they walk in.”