The Birth of an Anthem 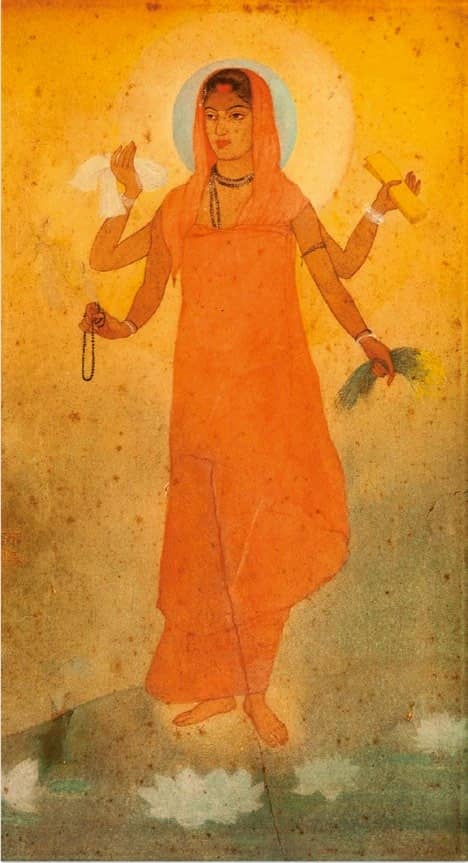 From right-wing slogan to moving patriotic song and now back to Hindu nationalistic war cry. Rimli Sengupta on the evolution of Vande Mataram

I’VE BEEN SNIFFING GLUE. THE ONE ema-nating from India’s streets, asserted by a people in spate. Horror is rife and hope has been unleashed. In a rising of unprecedented coalition and scale. Women in the lead. The youth finding voice. Taking risks for the other. A surge of heart and wit in songs, placards, graffiti. The word ‘republic’ animated, its last six letters in neon. I am a grateful witness to what feels like an incandescent beginning.

I watched agog as Shaheen Bagh rang in 2020. Singing the national anthem at midnight, a sea of faces upturned at a towering tricolour rippling in the frigid air. It could’ve been a painting. The morning paper had more. There sat Rehana Khatun, under a thin tarp, swaddled against the coldest Delhi winter in a hundred years, gazing at her 20-day-old baby asleep on her lap. The baby only days older than the atrocities at Jamia Millia Islamia and Aligarh Muslim University. The caption read:

Through the darkest night

In a land ill and faint

Guarding me on your lap

This is from the poem by Tagore—a portrait of India’s spirit—whose first verse became the national anthem. One of four unsung verses. A week before, TM Krishna had sung these at a kutcheri in Chennai. I watched him sing, centered, meditative. Then, the line listing India’s faiths—“Hindu-Baudhha-SikhJaina-Parsik-Mussalman-Christani”—snags his voice. Overcome, he has to stop. My eyes sting. Krishna’s are shut, fighting tears. I imagine him wrestling with the same question as me: Are we really having to restate this after seventy years? Others sang these verses following Krishna’s lead. I watched a rousing chorus on a Calcutta street, struck by a line from the final verse:

A sleeping India awakes, to

A dawn of crimson kindness.

This had been part of my school prayers. Empty words then, yawn-worthy even. It was disorienting now to find them seethe with life.

The Indian street is reclaiming foundational totems as symbols of dissent. The flag. The anthem. The Constitution. Its preamble chanted full-throated on the streets, not rote in classrooms. Some have called this India’s second struggle for independence. All of this has made me want to revisit another season of reclamations, another beginning. If 2020 is the second, 1905 was surely the original, when India’s anti-colonial movement first went mass. And as its icon, a song took flight: Vande Mataram.

This is a story of that song. With the streets in the throes of new hope and old anxiety, it might be good to air out the canon.

Growing up, this song is what woke me. Usually earlier than I liked. My grandmother’s radio would be on even before transmission began. The signature tune played in a loop. A tinny violin phrase high above a plush tanpura drone, like a toddler whining over his mother’s attempts to soothe. Then Vande Mataram. I wasn’t fond of it. Pocked with Sanskrit, it felt musty. And its tune had none of the magic of Jana-Gana-Mana, which clutched me even at ten.

When Bankim Chandra Chatterjee wrote this song in 1875, his daughter had similarly panned it. His friend, poet Nabeen Chandra Sen, was harsher: “It's all good, you see, but the whole thing is spoilt by your half-Bengali half-Sanskrit potpourri. Reminds me of Gobinda Adhikari’s jatra songs. People don't like it.” Undeterred, Chatterjee inserted the song into his novel Anandamath, published in 1882. The novel’s popularity did not extend to the song, although a renowned contemporary musician—Jadu Bhatta—had set it to tune. This didn’t change even when Rabindranath Tagore gave it a different melody and sang it at the opening of the Congress Party’s annual session in 1896, a party then with insignificant grassroots reach. This opening soon became a tradition, but the song didn’t catch on—the lyrics a mashup, the tune slow and curlicue. Then came the Partition of Bengal in 1905. The streets erupted like never before. And this song found voice.

Anandamath is set in 1770s Bengal, at the tail-end of Muslim rule, with the British already collecting taxes. A famine has ravaged the land. An order of militant Hindu monks has emerged: celibate, fierce, armed. They call themselves Santan Dal—Band of Children. The land is their Mother, whom they worship as a Hindu goddess in three forms—as she was: Jagaddhatri, the womb of the earth; as she is: Shamshan Kali, the ravaged crematory scavenger; as she will be: Durga, the resplendent warrior. They fight in her name and Bande Mataram—Hail, Mother—is their anthem. Their objective: to annihilate Muslims and establish Hindu rule. They achieve the first but pause before the second, deferring to British rule.