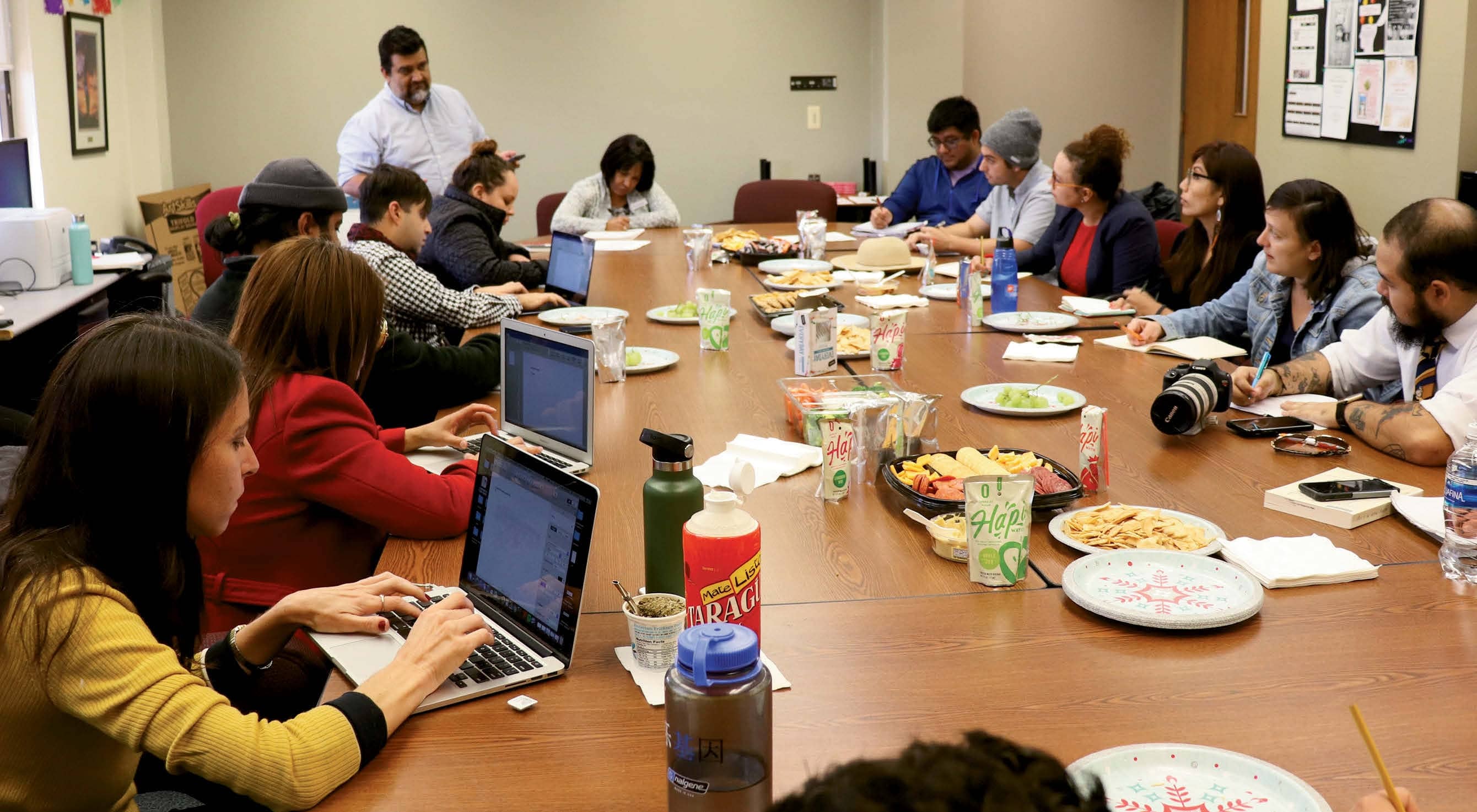 This is the largest Spanish-speaking population outside of Mexico and makes Spanish the second-most-spoken language in the United States. Reflecting on this growing demographic, several creative writing programs that are taught in Spanish or taught bilingually have launched over the past few years. By bringing another language into an academic system that privileges English, programs such as those at the University of Houston, the University of Iowa, and the University of Texas in El Paso provide alternative and radical frameworks that challenge a historically white academy’s assumptions about writing—how it should be taught, who belongs in the U.S. graduate classroom, and why we write.

In 2017, the same year that Donald Trump was inaugurated—and the surge of racist rhetoric around the border wall and Latinx communities intensified—the University of Houston launched a PhD track in Spanish with a concentration in creative writing. The program is practical and theoretical in its approach to literary arts—graduate students take workshops in poetry and prose, all conducted in Spanish, as well as literary seminars within the Hispanic Studies and English departments, guaranteeing an interdisciplinary experience. Set in downtown Houston near the Second Ward, a historically Mexican neighborhood, the program places a strong emphasis on writing and community. Through Writers in the Schools and Imprint, two local nonprofit arts organizations, many graduate students have taught bilingual, Spanish, and English writing workshops to children, adults, and older people to engage the community in the power of reading and writing. Students have also organized public readings in defense of the thousands of immigrant children who are currently in cages at detention centers at the border as well as to advance other social causes. Additionally, students have access to the Recovering the U.S. Hispanic Literary Heritage program, a comprehensive archival project operated by Arte Público Press and housed within the University of Houston, which recovers materials that amplify Latinx voices.