Rumaan Alam – Leave the Expectations Behind 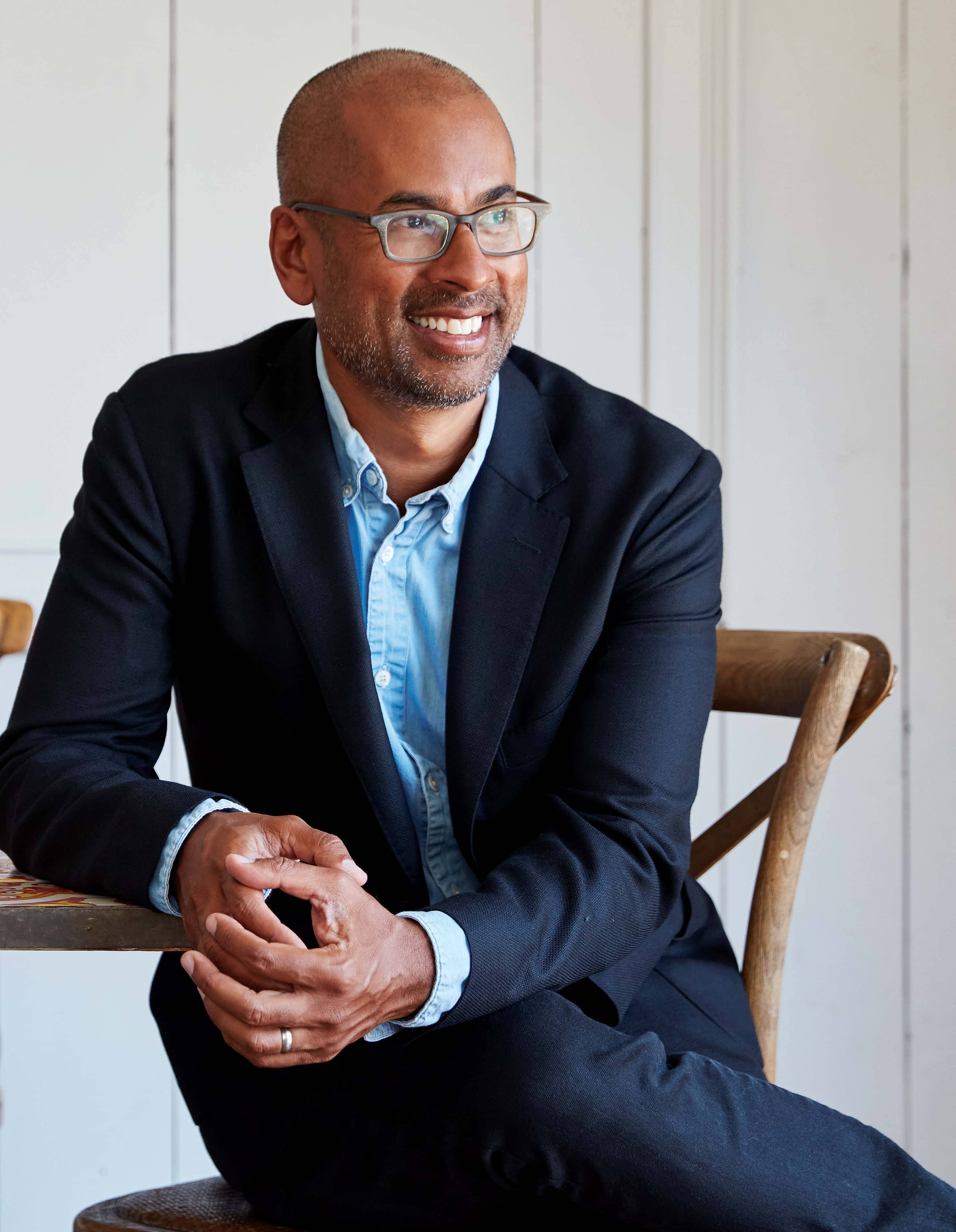 In his third novel, Leave the World Behind, published in october by Ecco, Rumaan Alam delivers, a propulsive narrative that speaks to the challenges and crises of the moment – racial injustice, environmental catastrophe, sheltering in place– while defying any expectations of what a novel written by a gay indian american man should be.

Rumaan Alam knows what many readers expect him to write. He is not immune to the expectation all writers of color face—that we will mine our identities to produce a kind of autofiction that will be praised for reflecting Black life or Latinx life or, in Alam’s case, Indian American life. He knows many readers might be waiting for him to write a novel that mirrors his own life as a forty-three-year-old gay, cisgender Indian American man raising two Black sons—Simon and Xavier—with the photographer David A. Land, his husband.

But Alam always chooses to write something else, and when I speak to him on Zoom—he is charming, thoughtful—I can tell he is used to defying expectations. He has written three novels, including his latest, Leave the World Behind, published in October by Ecco, that center on white protagonists and their preoccupations. The only thing all three novels have in common is their examination of many of Alam’s parental anxieties. Some might think he is stubbornly avoiding the unspoken obligation to write from an Indian American perspective, or a gay perspective, but in fact, as he told me, it is part of a long-standing strategy—one that appears to be working quite well.

His debut novel, Rich and Pretty, published by Ecco in 2016, and his sophomore novel, That Kind of Mother (Ecco, 2018), both focus on the intimacies of white female characters. Rich and Pretty follows childhood friends Sarah and Lauren, whose sisterly bond is tested as they come of age as glamorous adults in New York City. That Kind of Mother features the irritatingly self-involved Rebecca Stone, another well-to-do white woman, who hires a Black breastfeeding coach named Priscilla; when Priscilla dies in childbirth, Rebecca adopts the surviving child. “My first two books are more similar than they are different,” Alam says. “Leave the World Behind is a departure. When I had the initial idea for the story, I thought, ‘Why not try something a little different?’”

Leave the World Behind is a kind of literary thriller revolving around a global disaster that thrusts its main characters, Clay and Amanda, a white couple who live in New York City with their son and daughter, Archie and Rose, into a situation at a rented vacation home on Long Island that requires them to shelter in place with the owners of the house, an older Black couple named G. H. and Ruth, who return home early after witnessing a widespread power outage on the East Coast. Suddenly grouped together, the strangers ride out the anxious days and nights as a slow and uncertain catastrophe descends upon the affluent island neighborhood. It is a captivating novel written in an urgent style that foretells impending disaster. “You’re inside the consciousness of the characters, but also of God. The book is animated by the energy of a thriller,” says Alam. “The other books I hope readers love, but this book is a trap that holds on to you and won’t let you go.”

Though written long before the events of mid-2020, the book speaks to the concerns of the moment—as the United States continues to grapple with issues of racial justice, and people adjust to living in close quarters during the pandemic. “It’s a book about our times, and it reflects the urgency of that,” says Alam. “I love books about white people doing nothing, but even I have less patience for that [now]. I need art that’s investigating these other things. I’m lucky that this work happens to dovetail with this moment, illuminating the texture of the world we live in now. I really hope readers see something in this book that helps them think about the world.”

Leave the World Behind is so different from your previous novels. Did your process change as you wrote it?

I stayed in hotels for five or six days at a time, writing in bursts. A lot of this has to do with being a parent. When you have those five or six days, you can feel the clock ticking in the corner of the page. I would go to this crappy hotel and write, have a coffee at 3, write, have dinner, write, sleep for a couple of hours, write, take a break, write, and then take a shower. That’s how I wrote the draft—don’t look away, just do it, do it. Some of that energy is in the book now. I wrote it in a propulsive way. I think it captures a kind of energy.

That makes me think of Maya Angelou’s writing process. She told the Paris Review in 1990 that she kept a hotel room in every town she lived in and would rent one for months at a time.

There’s nothing to do in that room. You can take a shower or you can write—those are your choices. I was really, truly so locked in. Thank God, because otherwise I wouldn’t have been able to get the book done.

There was a long period of revision, too. I literally printed the manuscript, picked up the chapters, and moved them around. What was chapter 11 is now chapter 3. It was an awful process and it sucked.

I finished a draft in April 2019 and did several substantial revisions—to the point that my editor said she wasn’t sure I’d be able to do it. But I really believed in this book. It has a momentum for the reader and the writer. I was really excited for it to go out into the world. It doesn’t exist until it does.

Have you noticed a shift in the ways that people are writing about this book compared with your first two novels? Reviewers seemed to gush over the fact that you wrote about women a lot.

People have written beautiful things about my work. Nothing is more moving to me than for a critic to find meaning in something I did. Hannah Giorgis, who covers culture for the Atlantic, is so smart, and it’s so moving that this person would read my work, let alone find merit. I think artists who say they don’t care about that are lying. But I think to stay healthy, you can’t digest that too much. Your focus has to be on what you care about and what will sustain you. I can only work as an artist in terms of what I want to accomplish.