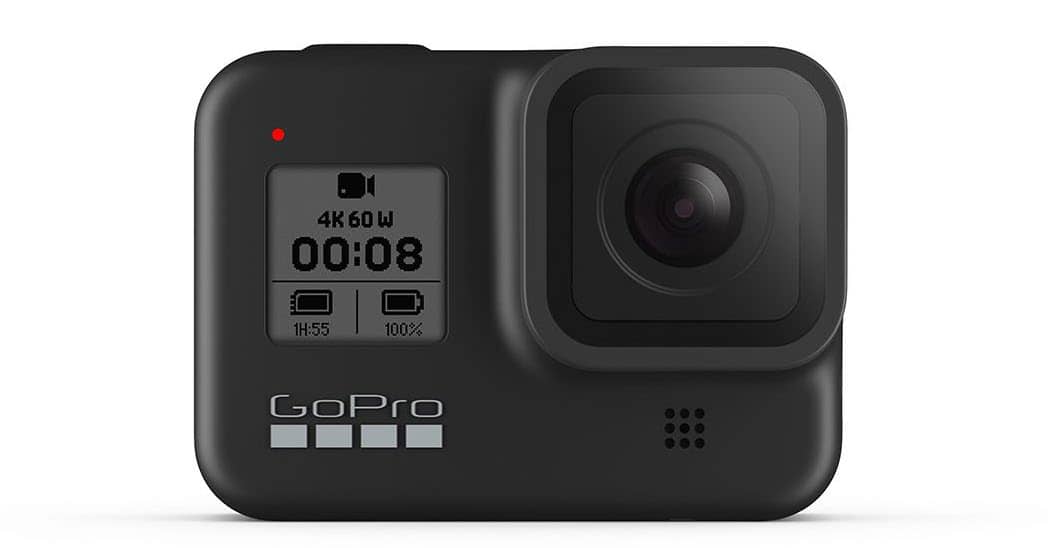 There’s also a new 360-degree cam, plus a range of filmmaking ‘Mods’

GoPro has unveiled its new flagship action camera, the Hero 8 Black. Arriving alongside it is the GoPro Max, a 360-degree camera that improves on the GoPro Fusion, and a range of ‘Mods’ designed to enhance the Hero 8 Black’s filmmaking capabilities.

The Hero 8 Black shares the same GP1 processor and 12MP camera as its predecessor but, unlike the Hero 7 Black, it features a number of chassis improvements, while the entire

Hero 8 Black to existing mounts. There’s also a new forward-facing microphone with improved wind noise cancellation, so recordings should sound a lot better than before.

A range of improvements to image and timelapse processing should keep snappers happy. These include better HDR and night mode processing, a new raw photo output format, and improved 100Mbps 2.7K and 4K video bitrates.

The Hero 8 Black is priced at £379/$399, and is available for pre-operating system has been rewritten to accommodate a range of software upgrades and new shooting features.