The Eiteljorg Museum spotlights contemporary women artists in one of a number of exhibitions planned this year honoring women.

This year the Eiteljorg Museum of American Indians and Western Art in Indianapolis, Indiana, celebrates 2020: The Year of Honoring Women with exhibitions and programs commemorating the 100th anniversary of women’s suffrage.

Elisa Phelps, the museum’s vice president and chief curatorial officer, points out that, “Women of the West led the nation into the struggle for women’s suffrage…Why women’s suffrage was so successful in the West raises larger questions about women’s diverse roles and brings forward issues such as why Native American women remained excluded from voting until many years later. 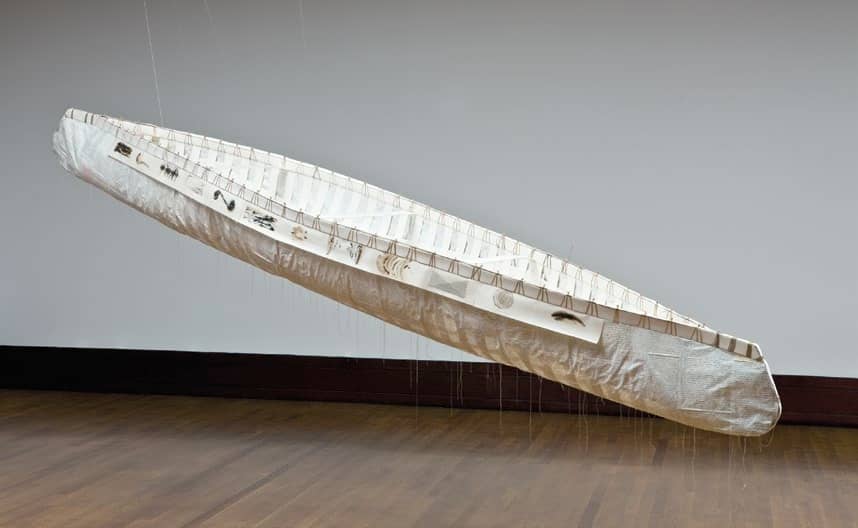 “With its dual mission to inspire an appreciation of both Native American and Western art, history and culture, the Eiteljorg brings multiple perspectives to sharing women’s stories. One aspect of honoring women is acknowledging their underrepresentation in the Western art collection and in the field generally.”