Our Next Guest Needs No Introduction 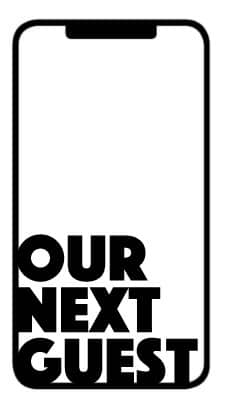 The School for Advanced Research cultivates casual conversation and in-depth discussion through a series of live artist talks on Instagram.

Step into the artist’s studio, take a look around. What catches your eye? Remnants of dried clay and mineral paints from a recent pottery session, a large palette of intermixing oil paints near a canvas that’s ultimate vision has yet to be realized. A block of wood waiting to be carved, or threads on a loom. And what of the artist occupying the space? What would they divulge to you—in what ways might they open up about their unique artistic processes, and about their lives?

This year is different in a lot of ways. The sorts of in-person interactions we’re used to having, especially around Indian Market and Santa Fe in August, are not possible in our current environment, and we’ve had to adapt. The School for Advanced Research in Santa Fe has created a series of informal interviews that will take place in a virtual format through Instagram Live with 10 esteemed Native artists who are both past SAR artist fellows and are affiliated with the 2020 Virtual Indian Market. “As we were developing the program, we realized we couldn’t do all the other programs we’d normally do in person, the outreach we’d normally do. We became increasingly aware of the obstacles the artists would be facing,” says Elysia Poon, Indian Arts Research Center director at SAR. “Artists Live on Instagram,” which begins August 3 with jeweler Nanibaa Beck, will be held on a weekly basis through September 28, capping off with multi-faceted artist Jason Garcia.

“We’ve entered an era of informality...having the opportunity to have this really informal casual conversation with artists seemed like a really fun idea, while also giving artists the chance to [let people know where their work can be purchased],” says Poon. “Audiences can also interact with artists in real-time. It’s an inside look at the artist’s studio that you really can’t get with a typical artist talk.”

The other participating artists in the series, of which Native American Art is a media sponsor, are Gerry Quotskuyva, Dawn Dark Mountain, Mateo Romero, Adrian Wall, Marlowe Katoney, Jonathan Loretto, Franklin Peters and Randy Chitto. The interviewers will alternate between Poon and SAR curator of education Felicia Garcia, who also conducts interviews for the institution’s general “Artist Live” series that officially started back in late May. These talks normally take place every other week.

“I have been isolated for almost three months. I’m just looking forward to catching up with people and having conversations with people,” says Poon. “I look forward to seeing if anyone’s art processes have shifted.”

Follow SAR on Instagram at @schoolforadvancedresearch. And not to worry if you miss the live broadcast, videos will be posted to SAR’s YouTube channel shortly afterward.

Second-generation Navajo metalsmith Nanibaa Beck is the owner of NotAbove Jewelry, founded in 2013. Her hand-sawn minimal jewelry collections capture a unique niche within the world of Native art, focusing on Native Indigenous languages. Beck’s designs are “a reflection of vibrant Native creative expressions and the growth of an ‘Asdzaa Diné’ (Diné woman) as a metalsmith,” with dazzling earrings crafted from lapis and coral, turquoise and sterling silver pendants and more. “It is my favorite mispronunciation of my name from 2007,” Beck says of NotAbove. “It is also a beautiful way of working and collaborating with others—not above but beside you.”