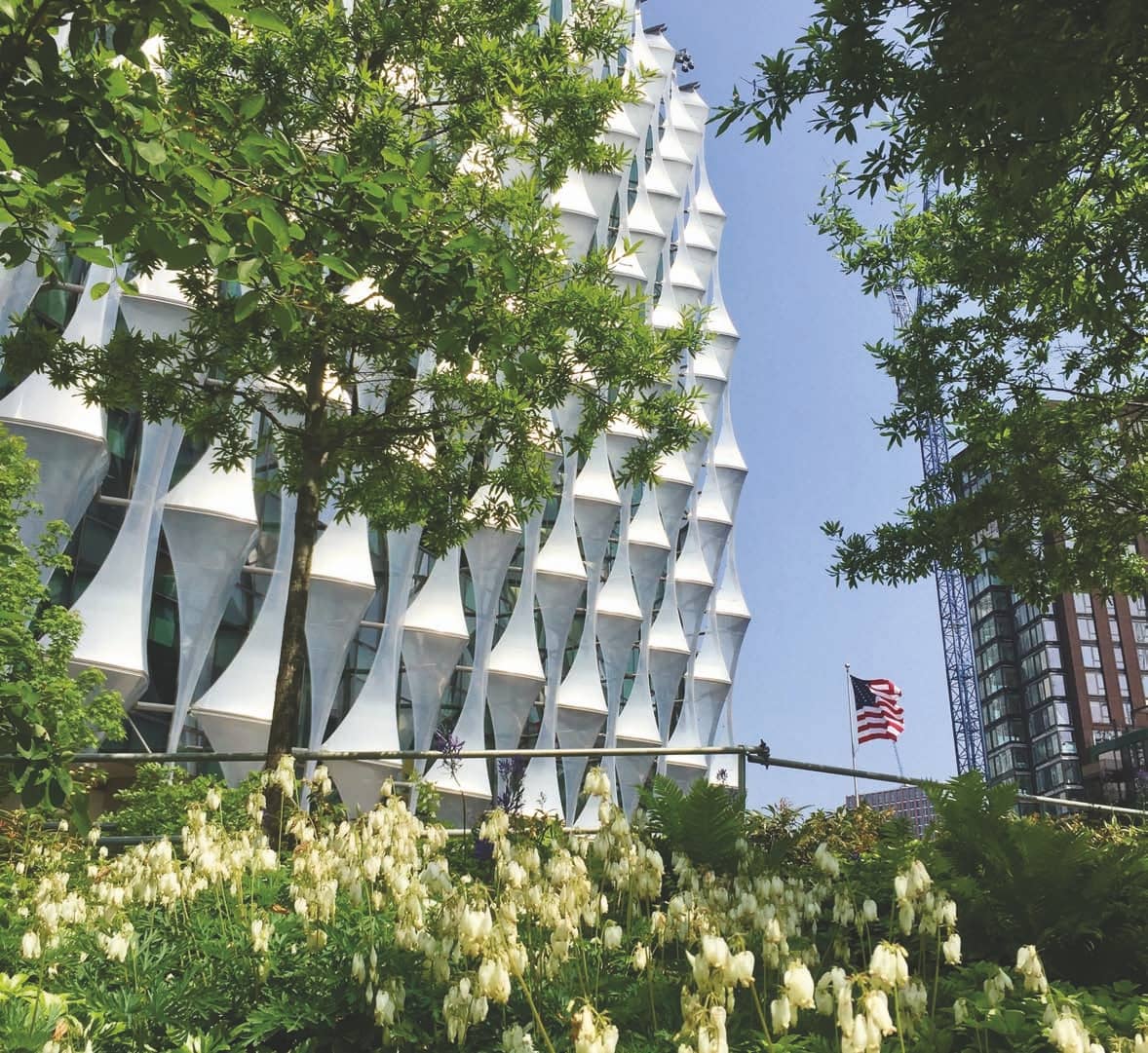 The new American embassy in London relies on landscape to bring in visitors and enhance its image.

The old American embassy in London was a cumbersome presence in Mayfair, an affluent, built-up area in the heart of the British capital. After its completion in 1960, the Eero Saarinen–designed building became notorious for its increasingly obtrusive security measures. “This unfriendly exterior didn’t really send the message that we wanted in a diplomatic facility,” says Hallie Boyce, partner at landscape architecture practice OLIN, which recently completed the landscape around the new embassy across the Thames. “The key goal of the project was, for the first time ever, to give a portion of an American embassy site over to the public,” Boyce says.