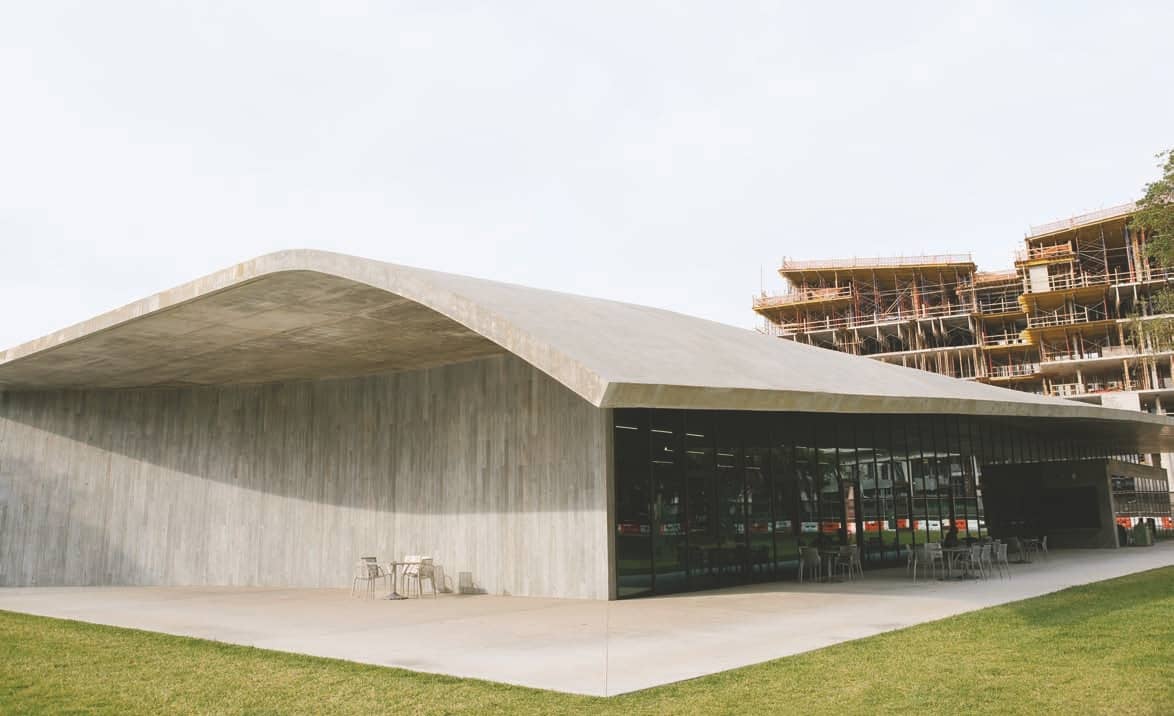 Over four decades, Arquitectonica has cultivated a house style that can be described as “steroidal Modern,” applying it to hulking waterfront developments and shopping malls in cities across the hemispheres. The firm’s work tends toward girth and swagger, eschewing subtlety in favor of arena rock aplomb.

Perhaps this is why Arquitectonica cofounder Bernardo Fort-Brescia can’t get past size when contemplating the Thomas P. Murphy Design Studio Building at the University of Miami School of Architecture. He designed the modest, low-slung concrete building with his son and Arquitectonica lead designer, Raymond Fort; both of them seem genuinely surprised by the buzz it has created on campus. The building’s exterior is neo-Brutalist in its bearing, gaining immensely from a visceral appreciation of material that breaks with the firm’s penchant for sheen. Inside, the mood is airy, if not exactly Miesian. Yet Fort-Brescia dwells on its diminutive proportions, as if his willingness to take the commission were the result of an off setting mechanism, i.e., charity. “We seldom have projects of this scale—which we love!” he says.