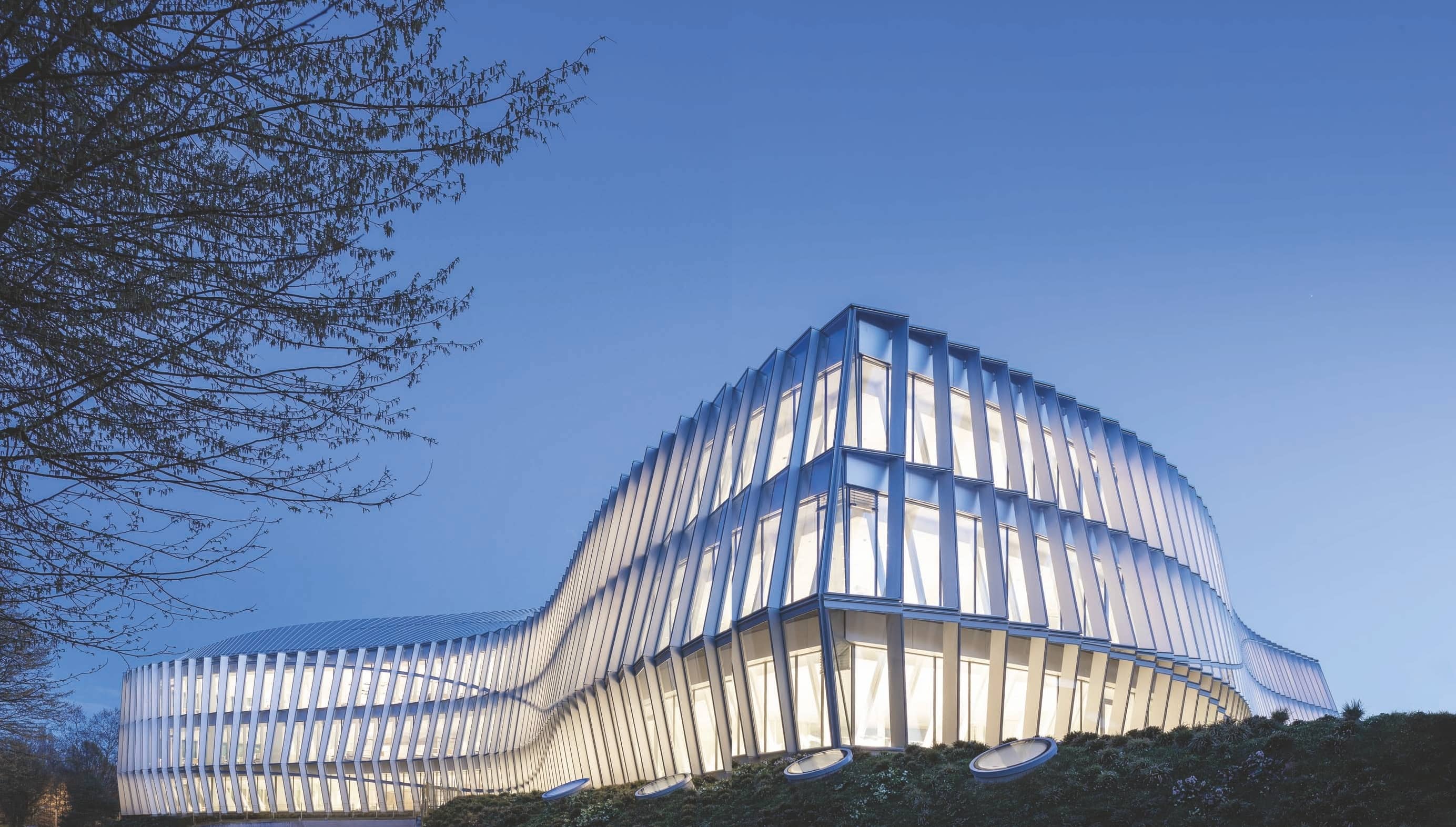 A new headquarters for the International Olympic Committee revitalizes the organization.

Not only do the Olympic Games galvanize audiences the world over, they also mobilize whole teams of people behind the scenes. Based in Lausanne, Switzerland, the mother organization, the International Olympic Committee (IOC), was until recently dispersed among a handful of buildings. “In the past, on returning to Lausanne after the Games, I’ve felt that we were each going back to our little silos,” explains Emmanuelle Moreau, head of media relations at the IOC. “This building will change all that.”

The edifice in question is the $144 million, 237,000-square-foot Olympic House, designed by the Danish firm 3XN with local architects Itten+Brechbühl and located on the shores of Lake Geneva in Lausanne’s Parc Louis Bourget, next to the historic Château de Vidy, which has served as the IOC’s headquarters since 1968. Replacing an extension built at that time, Olympic House allows the entire IOC staff—today numbering 500, up from just 200 a few years back—to unite under one roof.