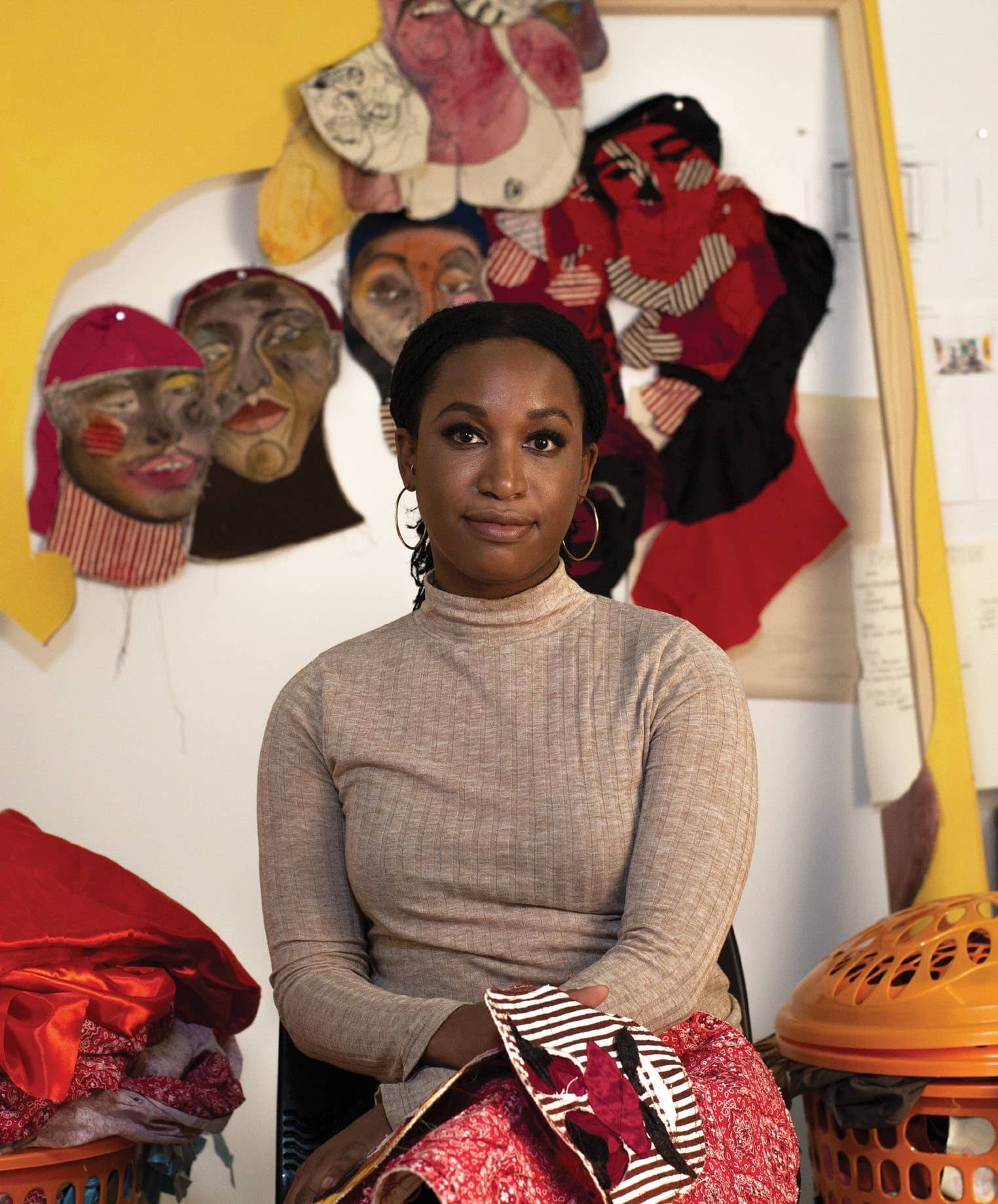 After seeing Tschabalala Self’s work in a group exhibition curated by Jamillah James at Art + Practice in Los Angeles in 2016, I couldn’t get her images out of my head. At once irreverent and tenderly poignant, her approach struck me as formally inventive, but more importantly, politically imperative. In celebrating the black female body, she acknowledges the fraught histories of representation that have largely trafficked in stereotypes and distortion. When I invited Self to do a Hammer Project and she visited the museum, we both quickly gravitated toward doing an iteration of her Bodega Run series in our lobby gallery. Situated at street level, adjacent to our lobby and parking garage, the gallery’s unconventional site and external glass walls made it the perfect space for her lively re-creation of these common commercial spaces. With neon signs on the façade and a colorful interior heralding the gallery, the installation depicts ordinary people, both in the form of her painted and sewn collages and as freestanding sculptures, intensifying the dedication found in her earliest works by portraying poised, confident, and self-possessed people. Self elaborates on her interest in the bodega as an urban gathering place. 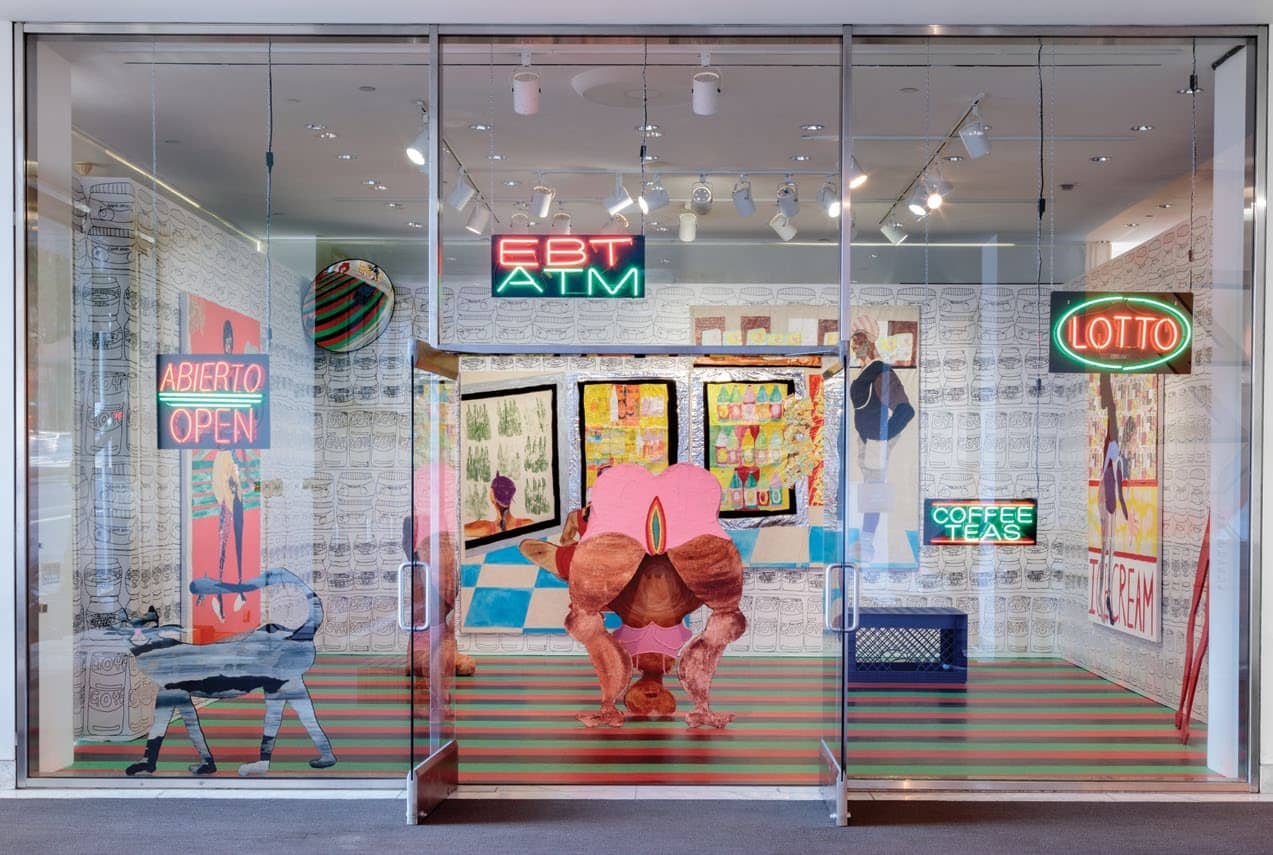 Anne Ellegood: What initially drew you to the bodega as a subject for your work? 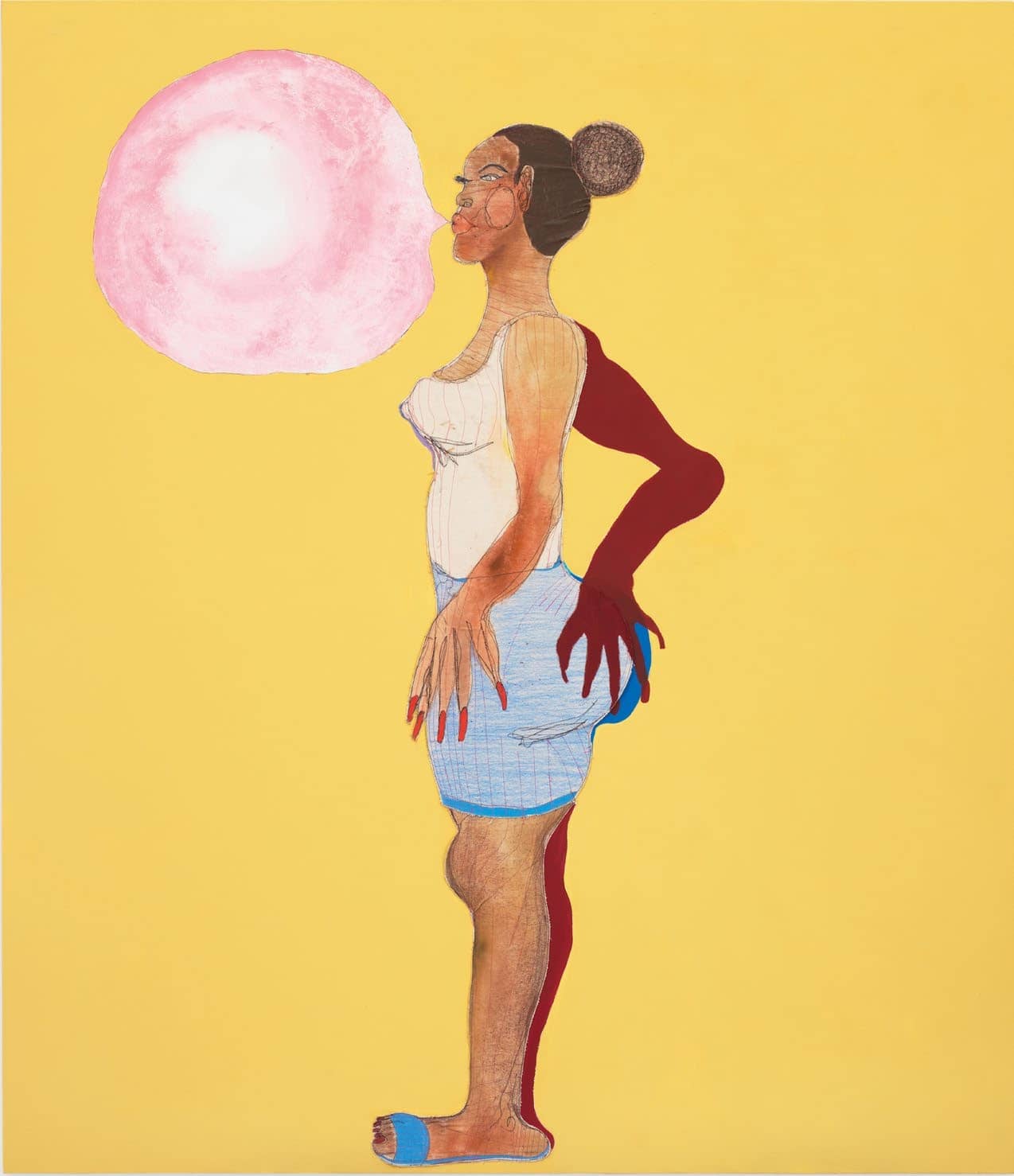 Your Bodega Run series of installations both celebrates and critiques its role specifically in communities of color. You have described the bodega as, “a lighthouse in an ocean of gentrification,” and a “hood menagerie.” Can you talk about the positive role it has played in urban life?