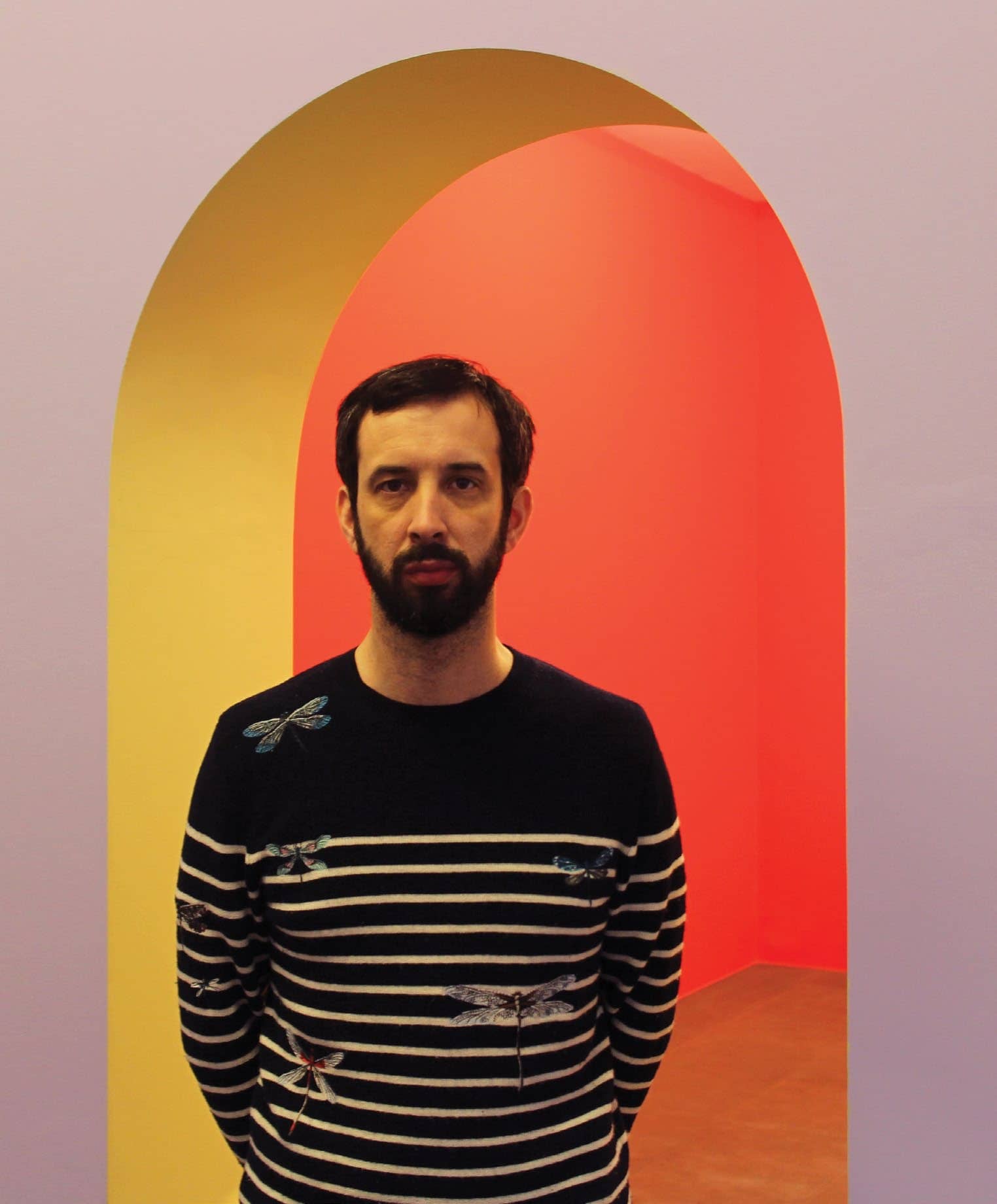 A Hug From on Top of You

There are many elements in Nicolas Party’s work that justify the princely position and reputation he’s built so swiftly. We could begin with a deft interpretation of classic visual imagery. From still lifes to portraits and busts, to grottos and landscapes, his prolific oeuvre is firmly rooted in traditional art. Or we can talk about the immersive experiences he has conceived and built, transcending the ubiquitous white cube into theatrical presentations. Then there is also his skilled fondness for the unfairly neglected medium that is soft pastel, all of this encompassing a wide-ranging practice of drawing, painting, sculpture, installation, ceramics, and his own brand of performance. His iconic sculptures and unique pictures can convey the venerable patina of an ancient culture or the futuristic rendering of a utopian vision of the future. His enveloping installations and presentations pack up a singular and unforgettable experience. 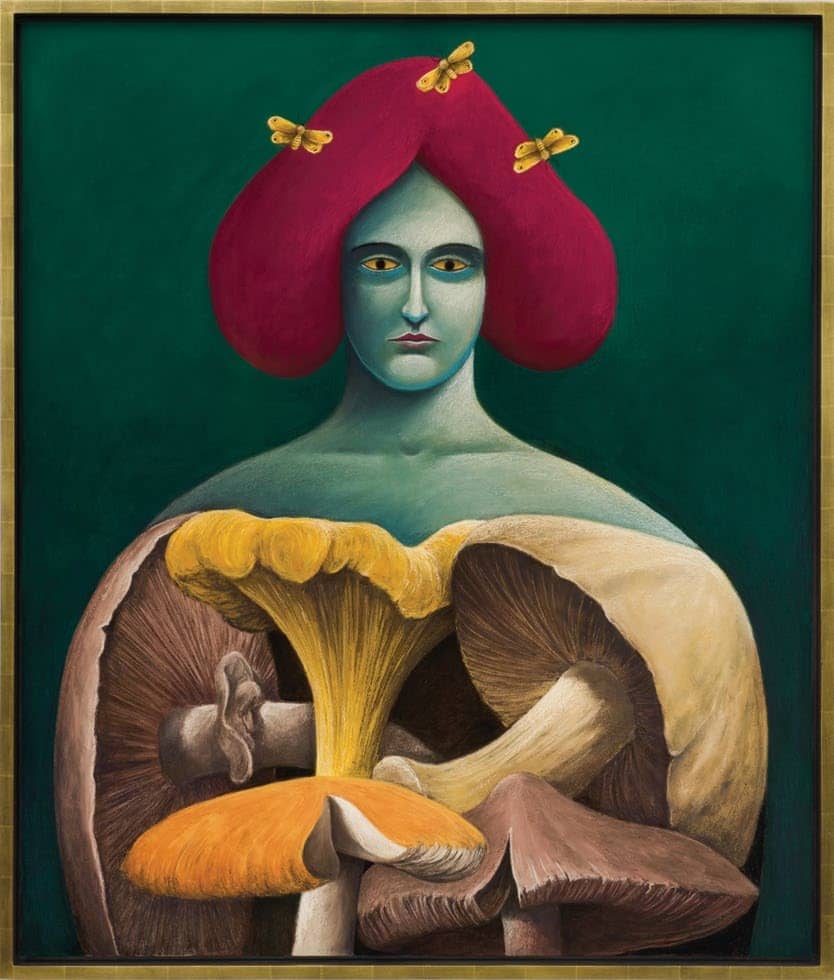 Sasha Bogojev: I want to start with the most obvious question about the transformation of spaces. What are the roots of your fascination?

Nicolas Party: When I finished school, I had this kind of art space in Lausanne with two other friends, and we organized shows and things. We would invite people to do shows, and every few months, we would have a music-related event and build a kind of a set. We’d put different stuffon the stage, the walls would be painted, and so on. When I got to Glasgow, I kept going with those walls and when I started having shows, I was also doing a lot of murals. I think the breaking point for the physical intervention, in terms of architecture of the space, was the Karma show in New York in 2017.

Oh, so this was actually fairly recent?

Yeah, the Karma gallery in the Lower East Side is one of those long rectangle spaces. I think my first feeling was when you enter a space like that, you see the whole show at first look. But if you have paintings, or a body of work that isn’t just one series, you might want to form different families of work and have them interact. Although the space wasn’t really big, I divided it into three areas and created the arches between, which totally changed the space and the experience of the show.

I also wanted to ask about arches because I have a feeling they are really your thing. When did you fall in love with them?

I did two pastels a while ago with arches, the only two pastels with houses. I still want to go back to that, but I haven’t yet. The Karma show was the first time that I used arches, and as soon as I did, I was like, “Oh my God, that’s very powerful and it works extremely well.” 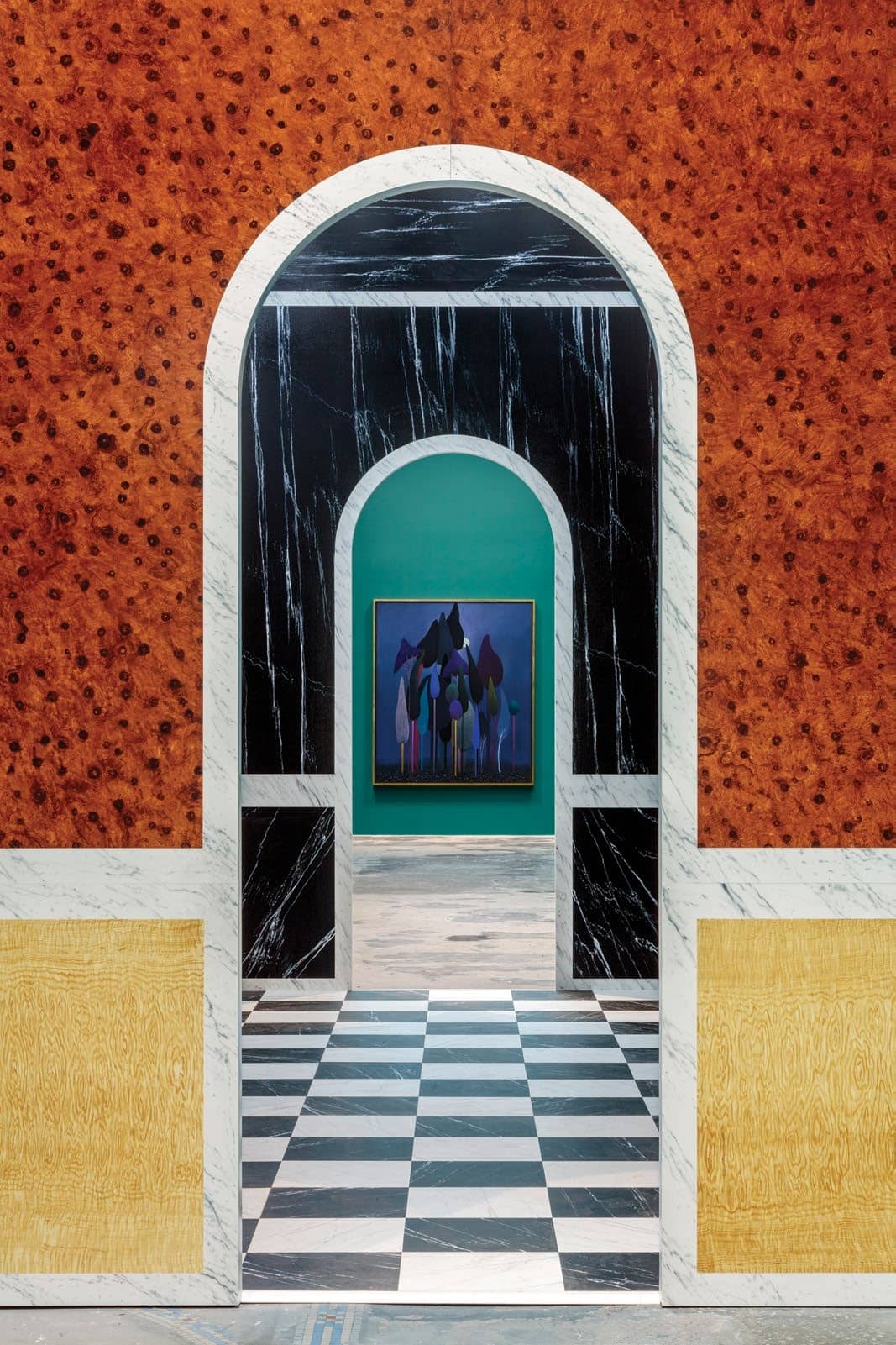 I read something about you perceiving the arches like a “hug from on top of you,” which I really love. Can you describe the attraction, as in, where does it come from?

Arches have been used, obviously, in a lot of temples or churches and they make you feel very different when you cross through them in those spaces. And I think the architectural aspect is apparent because, if you use small stones, you need to have their forces joining in the center. That, I think, is very beautiful, these symbols of two forces that are joining right in the middle, and you are passing between them. So there’s this feeling, and I really do believe that can affect you, along with the colors, basically the forms and shapes in different aspects of space.

There are a lot of places with amazing arches, but the one that is maybe my point of reference was the Convent of San Marco decorated by Fra Angelico in Florence. There are all those frescoes in all the monks’ cells, everything full of arches with a classic court in the middle. It’s very, very modest, but the architecture is extremely powerful. When I saw it, I thought, “Wow, this really is a way to have an effect.” I was looking for it to be warmer and then also maybe disrupt a bit of the modern kind of architecture, which has a very cold, kind of rational aesthetic that definitely did not fit the feeling of what I wanted to do. 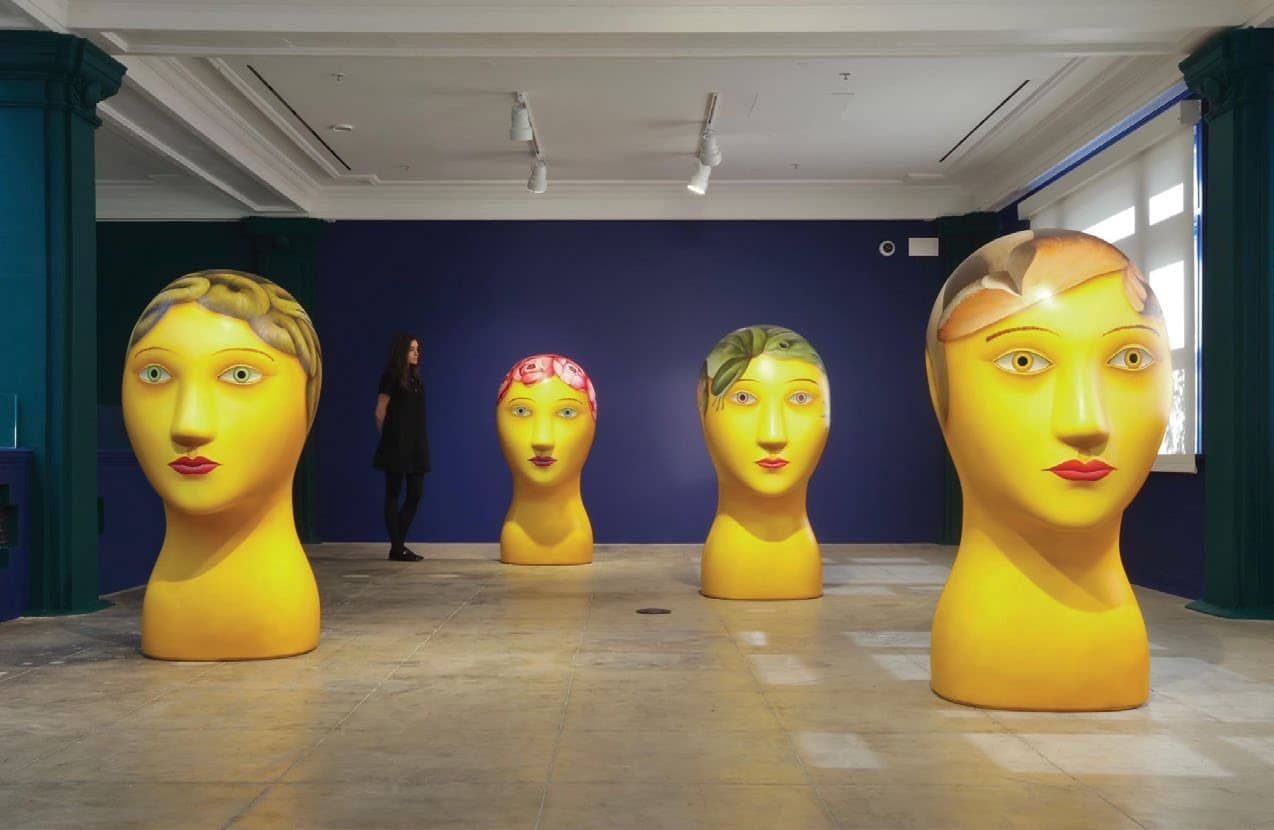 Keeping in mind that you build spaces specifically to present certain works, do you have concerns about what happens with them after shows, in terms of how and where they are presented?