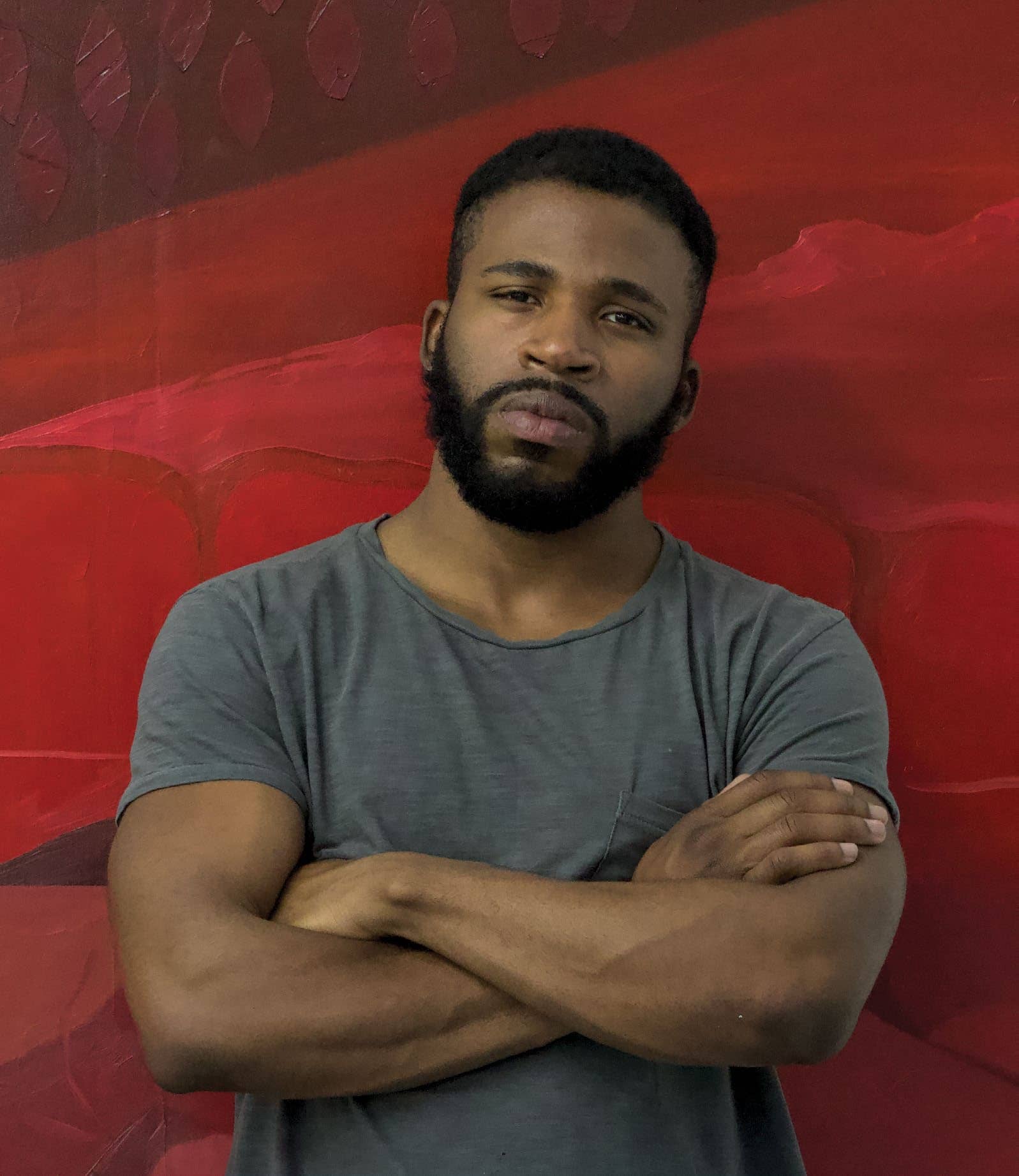 I had two windows open from Google searches right before sitting down to talk with New Haven-based painter Dominic Chambers, one researching concepts of Fabulism and how it relates to mythology and magical realism; the second, a heavy, daunting article from The Boston Globe that attempted to explain how the American collective consciousness has been tested in 2020, our lives reflected in the shadow of immense doubt and death, leaving so many with a greater sense of unease than anytime in our history. Little did I know that, moments later, Chambers would articulate how magical realism and escapism have synthesized to shape him as one of the freshest voices in contemporary art.

From his early days in St Louis, to grad school at Yale, to short story writing and a strategic drive to work, Chambers has developed a unique, personal language born out of comics and the power of a good book. In the midst of preparing for the

August Wilson African American Cultural Center in September, he took time to talk about process, literature, philosophy, hyperactivity, criticism and self-awareness. His work, in many ways, embodies a desire for relief and respite during moments of struggle and stress, appreciation for the powerful freedom of simply relaxing on a grassy field, and the joy of disappearing into sweet imagination. 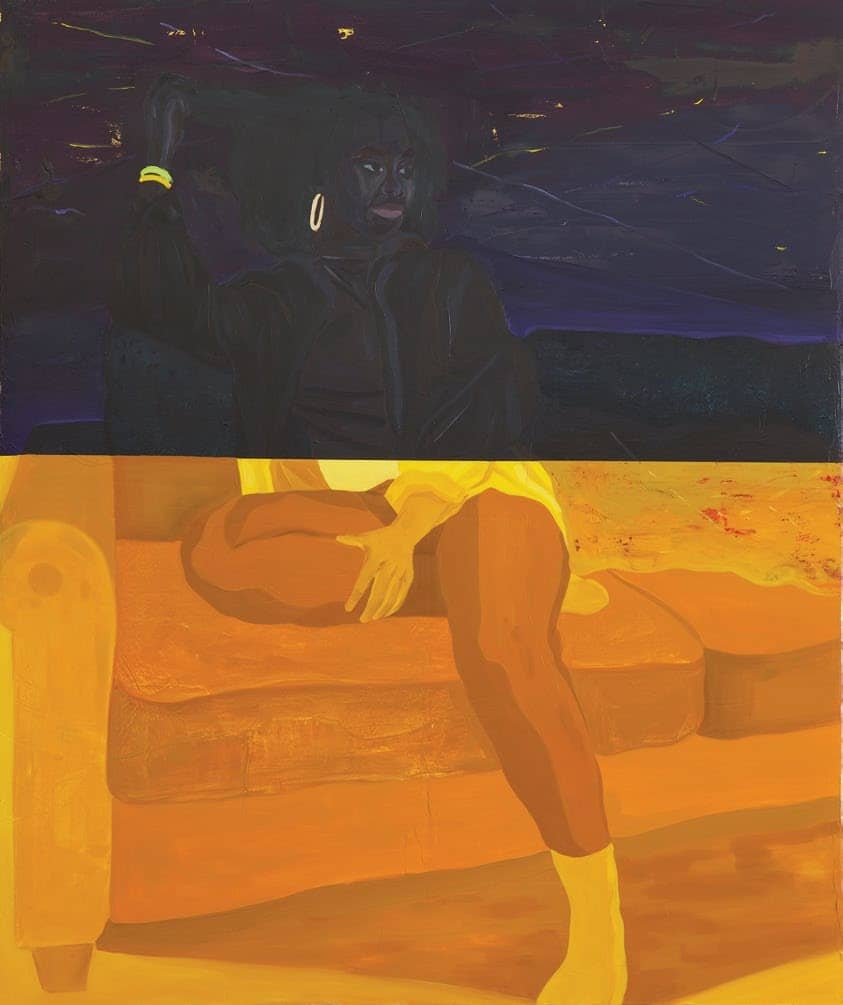 Evan Pricco: Let’s talk about St Louis, where you’re from. I think of Kansas City as the center of Missouri art, but what kind of scene is there now?

Dominic Chambers: I was born and raised there. I would say, even then, there was still a vibrant art scene. It wasn’t in the same context as it is now. For example, there are a lot of contemporary artists who are working out of St. Louis, Aaron Fowler being a prominent one. So, I think there is a little bit more contemporary art landscape now. But, traditionally, it’s mostly been just St. Louis-based artists who are trying to keep things vibrant. The MFA program at Washington University has created this smaller art community.

Do you notice a change when you go back now?

I think so. I’m definitely more savvy about the art world than I was when I was a student. I will say a lot of the change happened in me, because I did a lot of traveling after leaving St Louis. I lived in Italy, then New York, and all of this happened before I went to Yale for grad school. So the big change is that all these things in the art world were no longer the things I just “heard about.” I was actually participating, going to Chelsea galleries or dispensing a critical discourse with other artists. And that wasn’t happening in St. Louis because we didn’t have that community. We only talk about it there, you don’t ever see it.

So, in grad school, you’re around great minds all the time. You’re challenged in a very particular way. It’s very much like standing on your own two feet or you drown. I think going to Yale and being in such close proximity to New York really changed the game for me because I actually got to see how often shows were happening, work was being made. I was closer to it. 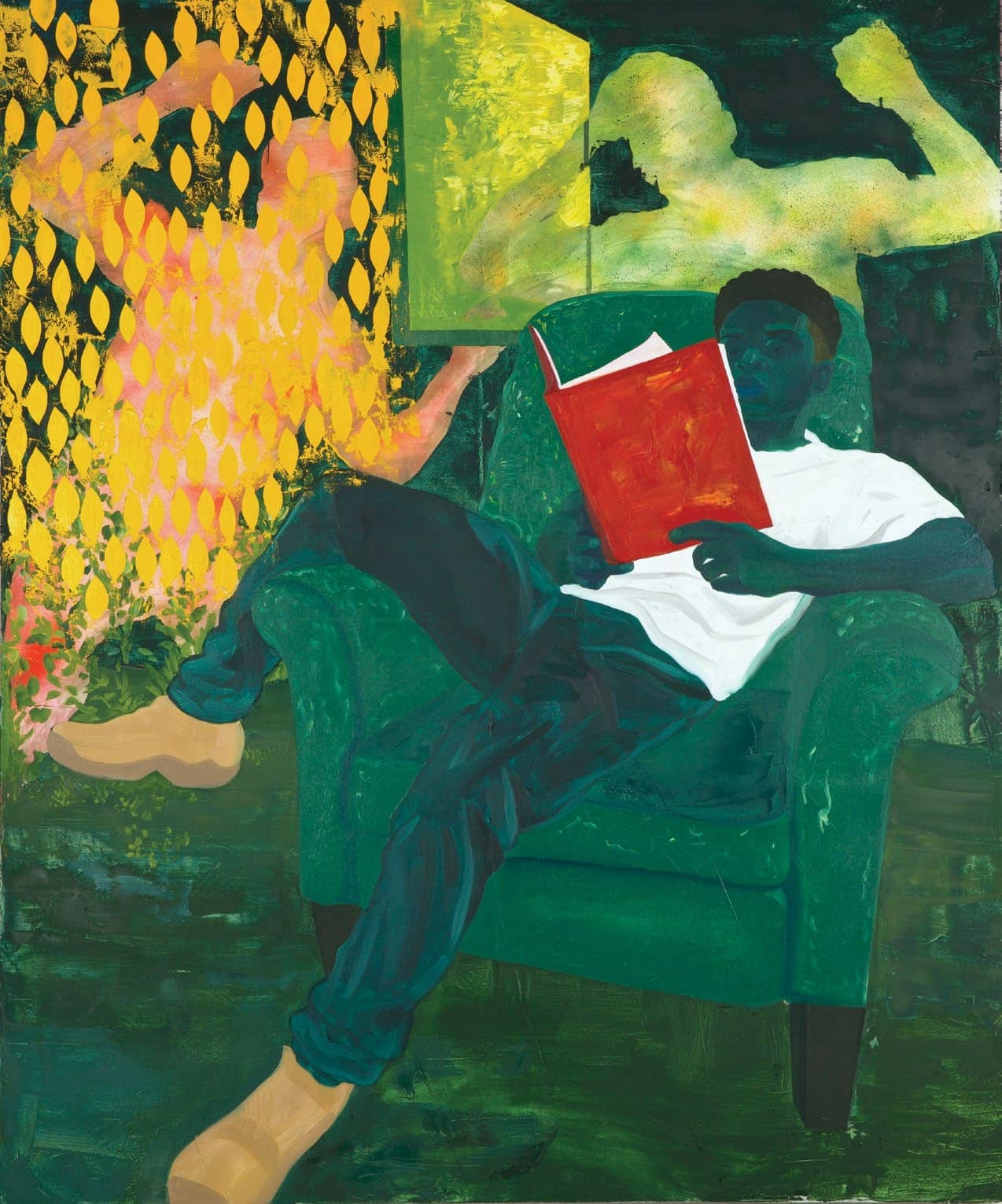 I think there’s an advantage to not starting in that environment, like you might be hungrier to dive in.

Oh, very much so, no doubt. I agree with that 110%. Which kind of made my journey to Yale a very weird one, because I was keenly aware of the fact of being rooted in the Midwest. I went to school there, my undergraduate degree was in the Midwest in Milwaukee. And I was a kid from community college. And so, I seemingly was significantly outmatched by those kids who went to Cooper Union or Pratt. They had a much more sophisticated approach to the art world that I didn’t have. But I had drive and was incredibly motivated by having self-awareness. Like, you’re not that special, you have to work even harder to get to where you need to be. 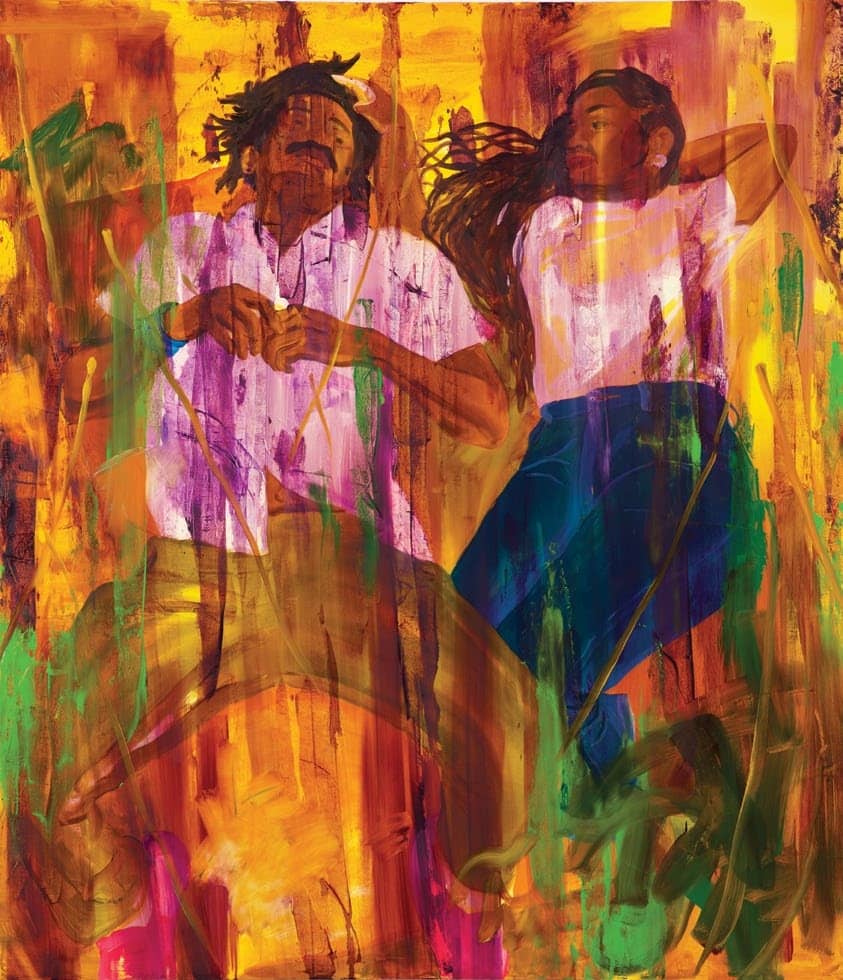 When did you have that moment when you thought, “You know what? Actually, my work holds up. I didn’t need to go to school XYZ”? Because everyone has that slight insecurity, just a little, no matter what. When did you get through that? Was it day one?

I wish it was day one, man. Because the art world is like a pyramid, you’re already significantly outmatched as it is, because very few people can actually sustain themselves in it. And you’re networking and connecting, and not being in New York or around Cooper Union, that was a heavy hitter. Those kids are able to get far because they’re in such close proximity. That’s real.