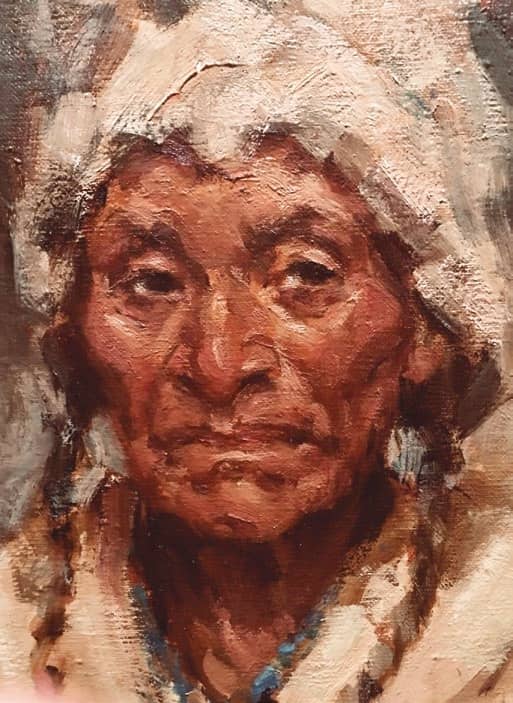 Harley Brown’s fascinating things no one else will tell you

When a work of art doesn’t sell at an art show, it’s not the patrons’ fault; there are no obligations for purchases. It’s also not the dealer’s fault. I’ll even go so far as to say, to a good extent, it’s not necessarily the artist’s fault. Here’s the qualification: I’ll assume the dealer and artist are doing their best.

I’ve had shows where I sold very little; I thought I had done good paintings with a major dealer. Still it took a while for me to understand this part of the art world. It is a matter of continuing to put out the best possible works. Eventually, positive things begin to happen. More up than down. Yes, I do understand there are certain subjects that sell better than others. That one we all get. We do learn from successful artists; how they work, what they exhibit. It’s important to note that all of my colleagues paint subjects they love to paint, not just what they think will sell.

What I’ve had at art shows are works for which I have a deepest desire to paint: portrayals of people. Certainly, I know that a portrait of nephew Brad might not be selling material. I look for interesting people, with character, what they wear, their surroundings. For more than half a century, I’ve had a passion for portraying Native Americans and Indigenous Peoples of Canada. This devotion kept me going relentlessly for all these years.

When I start a piece, I’m convinced it will work and be a success in my own mind. I can’t think outside that area. In other words, I’m offering that part of myself into the world. Sounds rather selfless, but it’s quite the opposite. It’s entirely me or nothing; there’s no other way.

When working on an art piece and it’s going nowhere, what do I do? This is when years of painting have taught me to put it away, maybe for another day. Don’t think for a second that all that work put into it is time wasted. I look at it as time added on with the next piece. Like leaving a vacation that just isn’t happening. Later I might “re-visit” that forlorn painting and see if it has anything going for it. Rescue? Or leave it alone?

Making paintings work, one needs to keep going up in skills at all times. Skills and impassioned willpower on a continual basis. In my early years, I had a modicum of both and caught on bit by bit, day after day. Finally, obsession.

A project in the arts can be so massive, it can be daunting. But always, I know how to get it underway. I’m not overwhelmed how big it is, I take the first elemental step: could be a preliminary sketch for a large, major piece. With that done, a total immersion begins and doesn’t stop. This has been proven by so many in the art world. You and I are life members. (Like a one-paragraph plot for a major film... Wow, let’s get it going!)