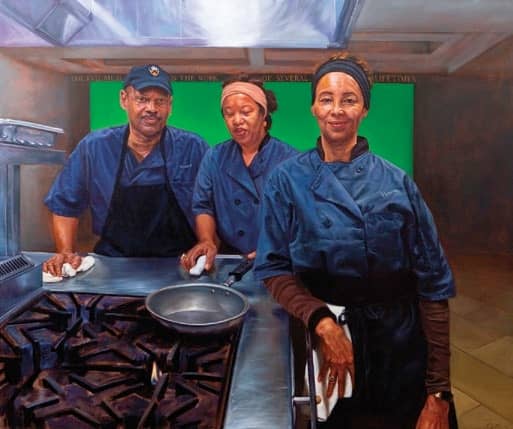 Several Lifetimes in Portraits for Princeton

Last September, the Lewis Center for the Arts at Princeton University unveiled an exhibition of new portraits by artist Mario Moore titled The Work of Several Lifetimes. The show featured Moore’s work of etchings, drawings, and several large-scale portraits of Black men and women who hold blue-collar jobs at the university, as cooks, security guards, groundskeepers, equipment managers and custodians. A Detroit native, Moore relocated to New Jersey in 2018 upon receiving a prestigious Hodder Fellowship from Princeton, where he met and befriended the many individuals who are now memorialized in his portraits. As a young Black artist, Moore wanted to celebrate the often unseen work of the university’s many Black workers by creating portraits that highlight their incredible contributions to everyday life at the university.

In 2009, Moore earned a BFA in illustration from the College for Creative Studies in Detroit, and an MFA in painting from the Yale School of Art in 2013. But his education in painting began long before his university degrees. It was at the home of his mentor, fellow Detroit artist Richard Lewis, that Moore had his first lessons in oil painting as a teenager, and where he first dreamed of attending Yale’s prestigious art school. “I saw [Lewis’] Yale art degree hanging on the wall, and seeing it I thought for the first time, maybe I could do that too,” Moore remembers. Years later, he would make that dream a reality. Describing Lewis as “the most incredible painter living today that a lot of people don’t know about,” Moore still cherishes those early painting lessons, and the many afternoons spent with Lewis studying the works of masters such as Titian and Velázquez. “We would just go crazy over Titian,” Moore laughs. 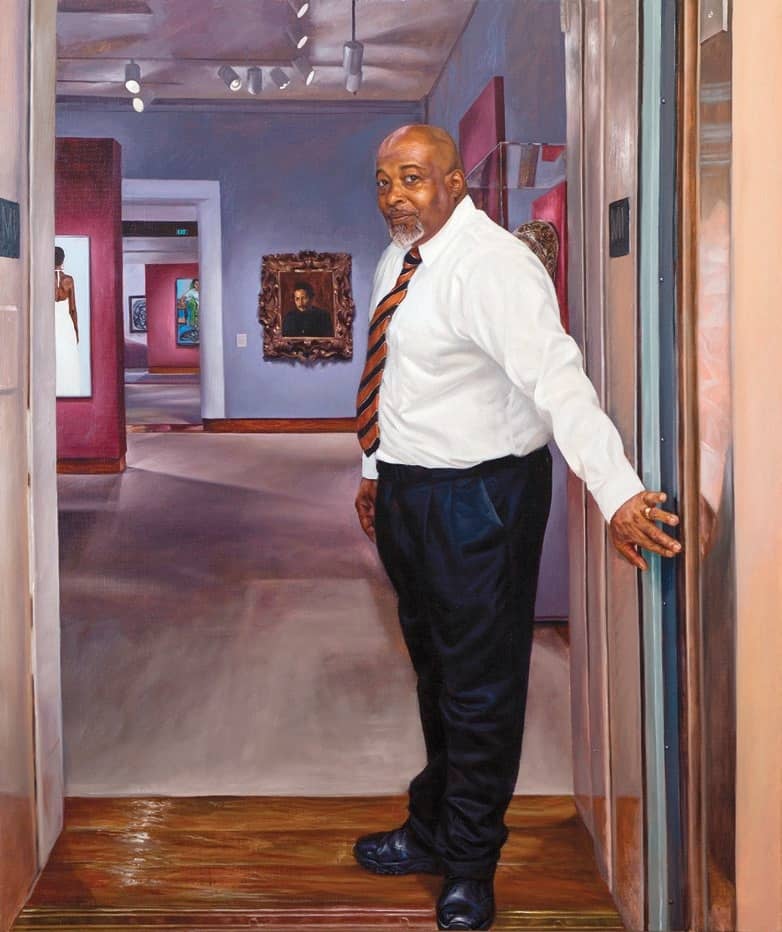