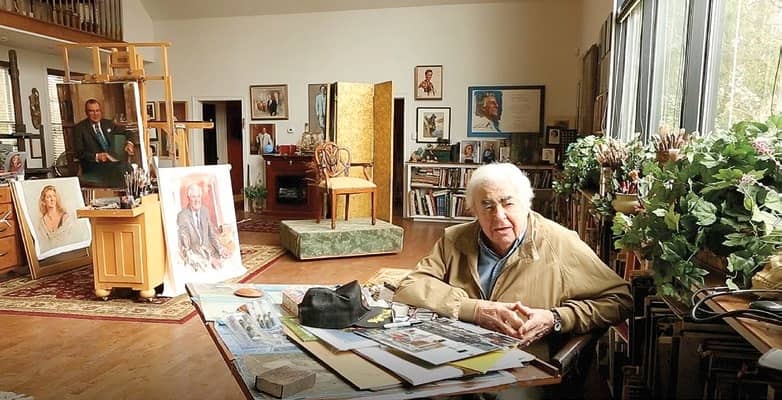 On May 26, beloved portrait painter Everett Raymond Kinstler passed away peacefully in Bridgeport, Connecticut, surrounded by family and friends. While the Portrait Society of America and artist community mourns the loss of such an influential figure, we also celebrate his extraordinary legacy of art and dedicated service to the art world. Kinstler attended high school in Manhattan at the School of Industrial Art before dropping out in 1942 to take a full-time job at a comic book publishing house. After serving in the Army at the end of World War II, Kinstler returned to New York, eventually establishing himself as a renowned and prolific portrait painter. Over his long career, Kinstler has received many honors and awards including the Copley Medal awarded by the Smithsonian National Portrait Gallery and the Portraits, Inc. Lifetime Achievement Award. The National Portrait Gallery in Washington has 84 of Kinstler’s works in its collection, and his work is also part of the permanent collection of the Metropolitan Museum of Art and the Brooklyn Museum. In his honor, fellow artist Michael Shane Neal wrote this touching tribute to his longtime mentor and friend.

I stepped out of the cab in front of the National Arts Club in New York, just as I had a hundred times before. There stood the venerable old building, the home of the club for more than a century towering over the gated and beautiful Gramercy Park—a small piece of relative tranquility carved out of a restless city just beyond its borders. Although it may have looked familiar to me, and countless others, it would never be quite the same again.

Everett Raymond Kinstler, the club’s most famous resident, was no longer there. He had passed away peacefully in a Bridgeport hospital 10 days before at the age of 92. For over 70 years, the remarkably talented and charismatic artist had lived and worked in the same building. No other artist or member had ever been there longer, and no other had left a more indelible mark on the beloved institution or on the world of portrait and figurative art in America. 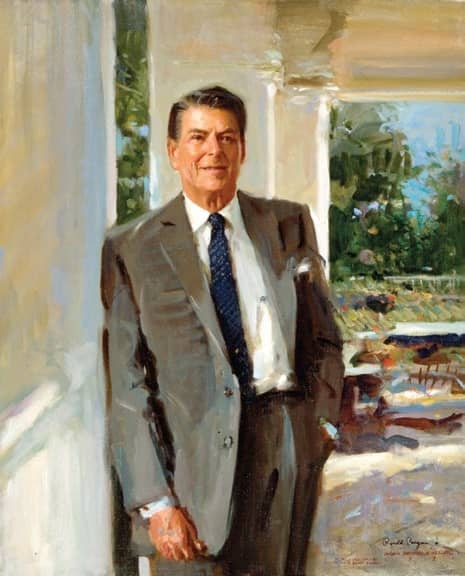