The Art Of George Gross 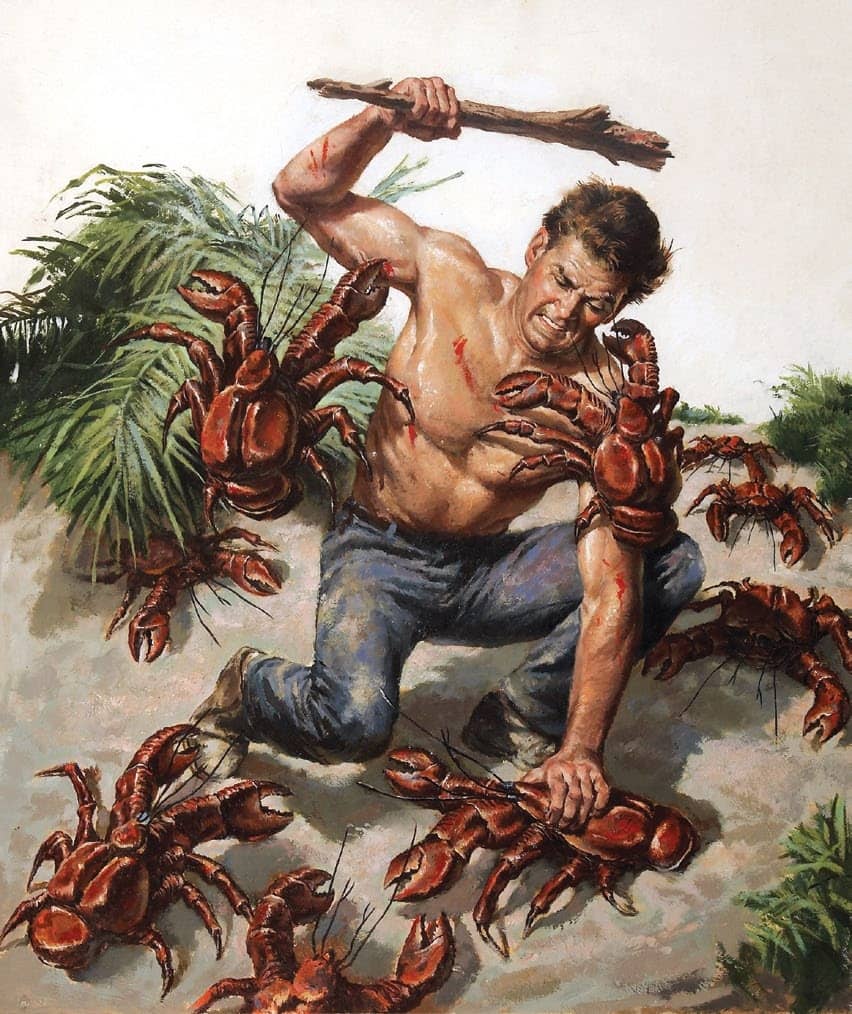 His father Deszo “Dave” Gross was born in 1887 in the city of Szeged, Hungary, and in 1891, at the age of eight, he came to America with his family and settled in New York City. His mother Serena Krauss was born in 1891, in Hungary, and moved to America with her family at the age of 16 in 1906. His parents married in 1908, and had three children—George (b. 1909), Arthur (b. 1910), and their little sister, Beatrice (b. 1913). At first, the family lived in an apartment at 466 East Tenth Street on Manhattan’s Lower East Side, but after the arrival of their third child, the family moved to a larger apartment in Brooklyn, at 2365 83rd Street. The father, Dave Gross, had studied art at Pratt Institute of Brooklyn and had a successful career as an illustrator in the New York City fashion industry. He owned and operated a midtown art studio called Fashion Paper. One of his biggest clients was Montgomery Ward, a dry goods mail-order business based in Chicago. At that time it was too expensive to reproduce photographs by rotogravure, so all of the illustrations in the company catalog were drawn by hand and reproduced by a steel engraving. 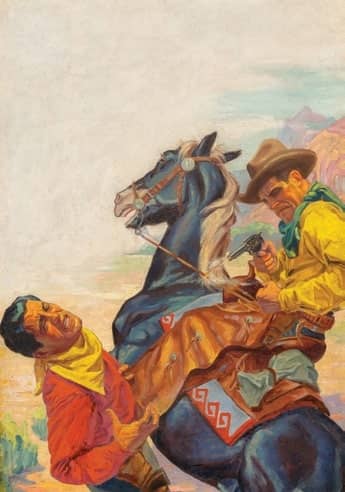 By 1918, the father’s commercial art studio was prosperous enough for the Gross family to buy a private home at 105 Bay 29th Street in Brooklyn.

The 1926 and 1927 editions of Lee & Kirby’s Annual Directory of Advertising Arts & Crafts listed the “Dave Gross Art Studio at 229 Fourth Avenue in Manhattan.”

On December 2, 1926, all Brooklyn newspapers carried the heart-warming story of Arthur Gross, a 16-year-old sophomore at New Utrecht High School, who was awarded a $25 first prize for designing the best poster for Christmas Seals, which were displayed throughout the city’s trolley cars, subways, buses, and elevated trains. 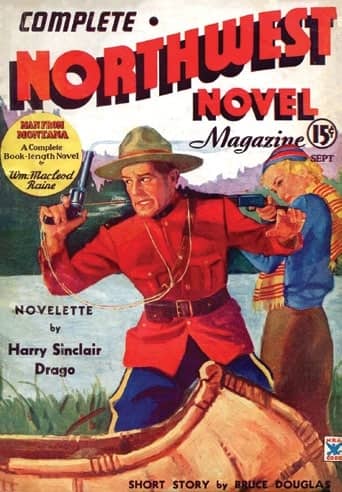 One month later, in January of 1927, George Gross graduated from Jefferson High School, which was located in Brooklyn at the corner of Pennsylvania and Dumont Avenues.

In September of 1928, George Gross followed in his father’s footsteps and began to study art at Pratt Institute of Brooklyn. His drawing teacher was Rudolph Belarski (1900-1983), his advertising instructor was Frederick Blakeslee (1898-1973), his painting instructor was Nicholas Riley (1900-1944), and he studied illustration with Harold Winfield Scott (1897-1977). Two of his classmates were Frank Volp (1912-1980) and Howard Sherman (1909-1993), both of whom were native New Yorkers. Volp, Sherman, and Gross went on to become best friends, studio mates, and fellow pulp artists.