THE ART OF RAY PROHASKA 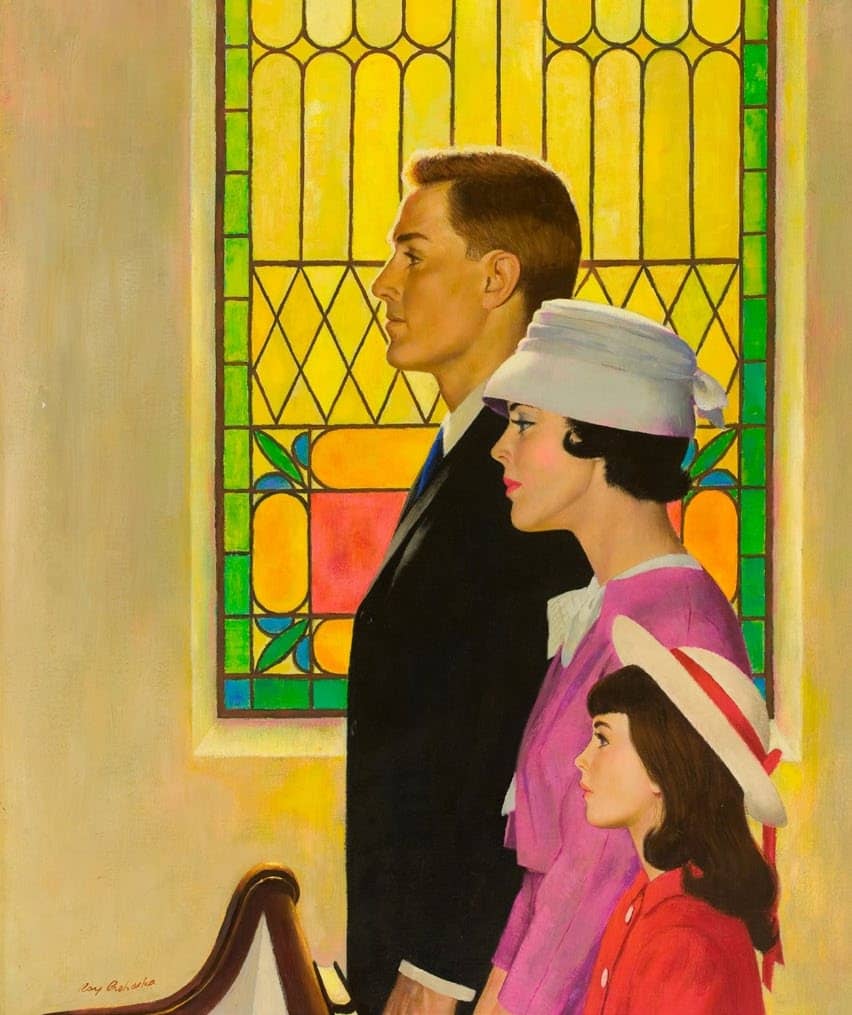 Gratia “Ray” Prohaska was born in 1901 in Muo, a tiny fishing village on the Bay of Kotorska, in the town of Kotor, on the Dalmatian Coast in what would become Yugoslavia.

Though he had few memories of his childhood, Ray told one story that was important in the shaping of his life. Muo, little more than a neighborhood on the road from Kotor to the next town of any size, had it’s own Patron Saint. On a small plateau halfway up the mountain range that rises directly behind the houses along the shore, there is a small, one-room chapel dedicated to their Saint, Saint Gratia, or Sveti Gratia, (Grace, in Serbo-Croatian.) Like many children from his village, Ray had been named for Sveti Gratia. (The female form would be Graciella.) The church held a ceremony one day that included his mother and Godmother, many older people from the village, several priests, and the area Bishop. Someone was ringing the chapel bell, and apparently they pulled too hard on the rope and the bell dislodged from the tower and fell, narrowly missing both the Bishop and Ray, who was holding up the Prelate’s trailing gown. The event was proclaimed a miracle, and from that point on his mother always told him he was in a state of grace. He was her only surviving son, after perhaps as many as ten miscarriages. He had two younger sisters, the youngest of which was born in the U.S. Ray said that he always felt blessed. Blessed, charmed, and lucky. 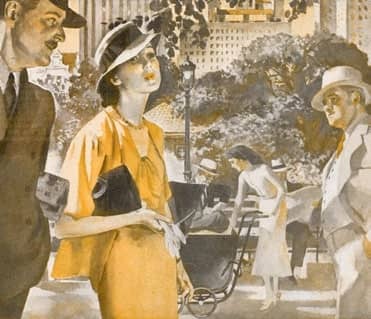 At the age of eight he moved with his family to San Francisco, where his father, a shoemaker by trade, opened a shop in the Sunset District, within sight of the Pacific. A school teacher changed his name from Gratia to Raymond. Ray had shown an early interest in art, drawing and painting almost from birth, but his father, a strict former soldier for the Austro-Hungarian Army, insisted that he give up the idea of being an artist and several times beat him with a home-made cat-of-nine tails. His mother, however, encouraged his talent.

He attended the California School of Fine Arts and, during summers while working in logging camps in the Sierras, began fishing for trout. From then on, after painting fishing was his second love. Following his studies there he began getting commercial work from Grauman Studios and advertising agencies such as J. Walter Thompson and N.W. Ayer. In 1929 he moved to New York and received his first editorial assignments from The Delineator and Woman’s Home Companion. This began his long, successful career painting illustrations for fiction magazines, with his work appearing in other major periodicals such as The Saturday Evening Post, Good Housekeeping, and McCalls. He also produced many paintings and drawings for Shell Oil, Maxwell House Coffee, John Hancock Life Insurance, and scores of other advertising accounts. 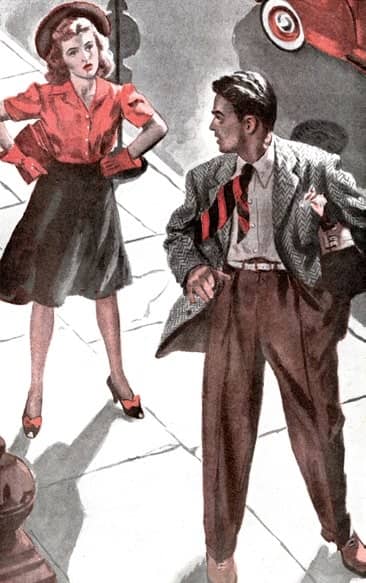 He became a member of the Society of Illustrators, the Artists and Writers Club, and The Dutch Treat Club. Around this time, he began summering in East Hampton with his second wife, Carolyn Pierson.

During the ’30s and continuing into the 40s, he maintained a space at the 10th Street Studios, where he met and became friends with artists such as Julian Levi, Alexander Brook, Raphael and Moses Soyer, and Phillip Guston, with whom at one time he shared a studio. In those days the chasm between “serious” painting and commercial artwork of any kind, even the most talented illustration, began to widen, and became deeper even than the rift between representational art and abstract expressionism. Ray was one of the few who crossed that difficult line and became accepted as a fine artist. 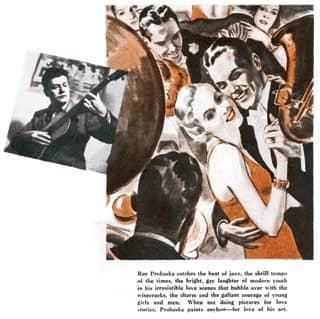 When not illustrating, he was busy painting portraits, until he discovered the East End of Long Island. He began surfcasting on the East-End when it was still something of a gentlemanly sport. The men he fished with, from fishing spots called Shagwong and Caswells and The North Bar, in Montauk, to Cow Neck, in Southampton, were almost fanatic in their zeal to catch fish. They would get in their cars and chase the bass up to Provincetown or down to Hatteras, or take the Orange Blossom Special down to the Keys for Tarpon and Bonefishing. 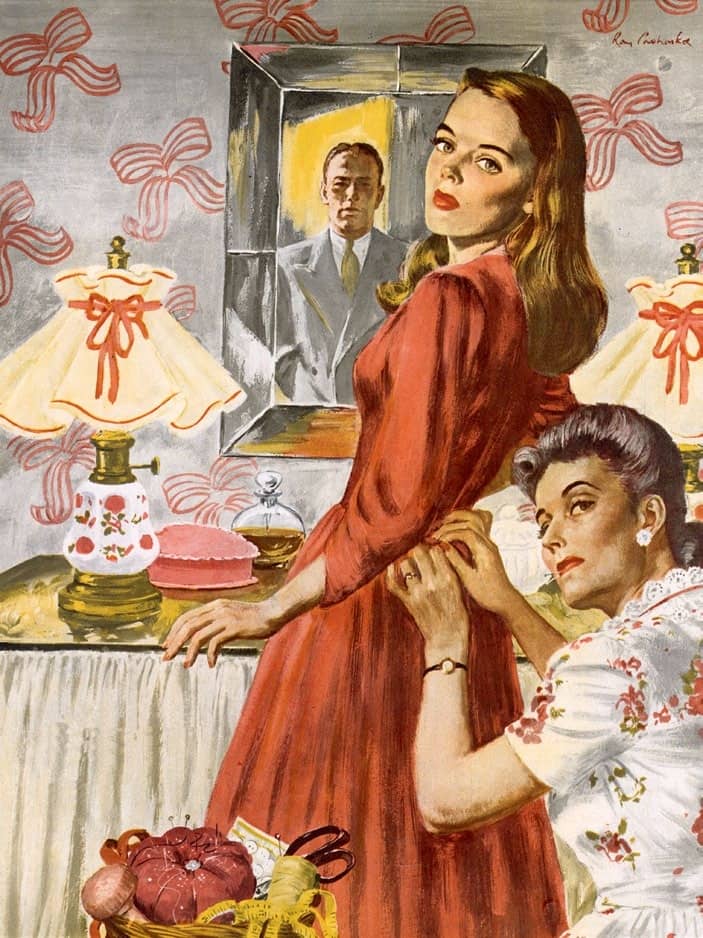 Moving to Amagansett in 1943, the sea began to demand his attention, and he began to divide his time between painting and fishing. At first his paintings were realistic, rock pools and the driftwood and skate eggs that line the shore, but soon they became more abstract, more rhythmic, and more involved in the action of fishing. And the more he fished, the more he painted. 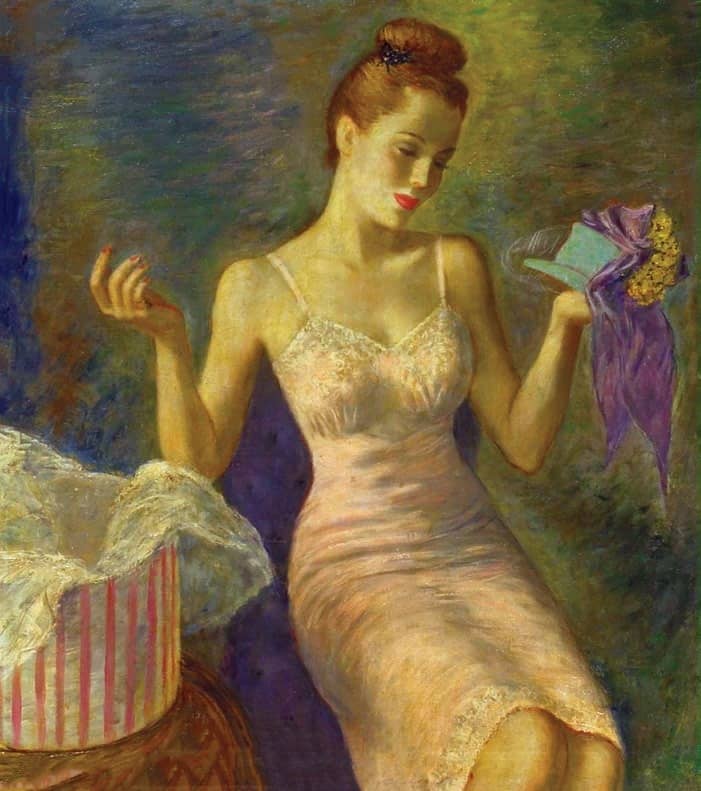 Prohaska taught at the Art Students League in 1961 and urged his students to draw from life not only in the studio, but on the street, in the subway, in the home until it became, like handwriting, a record of feelings and events. He believed in exhaustive experimentation in various mediums and kept current on all of the latest fashions.

In addition to his illustrations, Prohaska painted for exhibition as well and won several prizes, including the Hallmark Award in 1949, the Audubon Medal in 1954, Grumbacher First Prize in 1958 and a Gold Medal from the Society of Illustrators in 1963. From 1964 to 1969 he was Artist-in-Residence at Washington and Lee University, where he painted a large mural depicting the communications media. Prohaska served as President of the Society of Illustrators from 1959 to 1961. 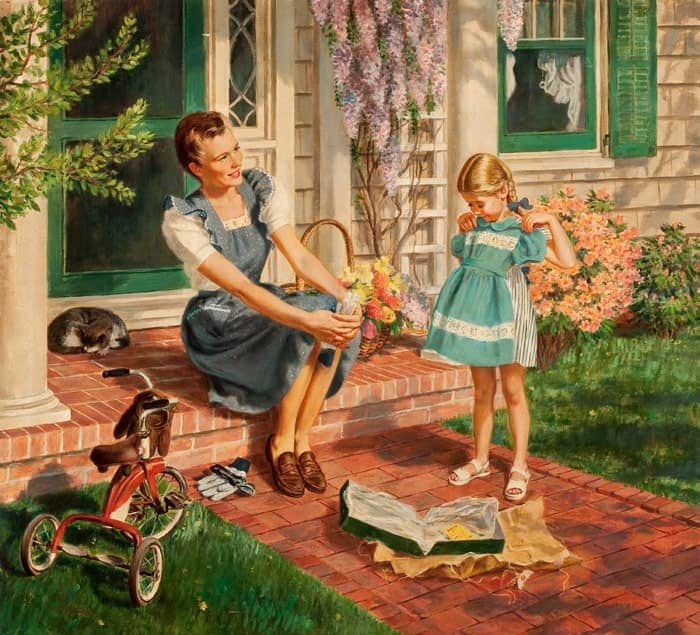 He passed away on October 8, 1981, at his home in East Hampton. He was survived by his wife Carolyn, as well as two sons, Raymond and Anton, and his daughter Elena Glinn. 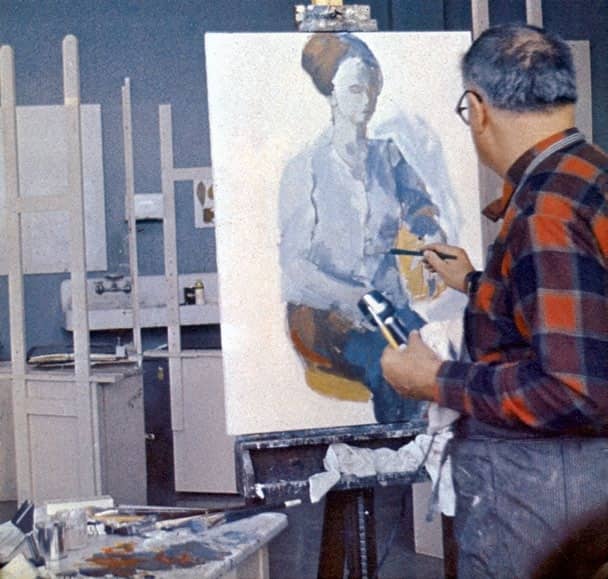 PRO as in PROHASKA

This following demonstration lecture was delivered by Ray Prohaska to his class at Washington and Lee University.

I will start today using the alla prima technique, and drawing with a brush. Right now, I’m going to prepare my palette… I will use cerulean blue, ultramarine blue, raw umber, ivory black, naples yellow—if I have it—mars yellow, cadmium red light, cadmium yellow light, which I may or may not use. Now Grumbacher’s titanium white—which is slow drying. And you will notice I squeeze out a great amount of color, particularly white. Turpentine is the only medium that I will use. Two cans of turpentine—one for painting, the other for washing the brush. 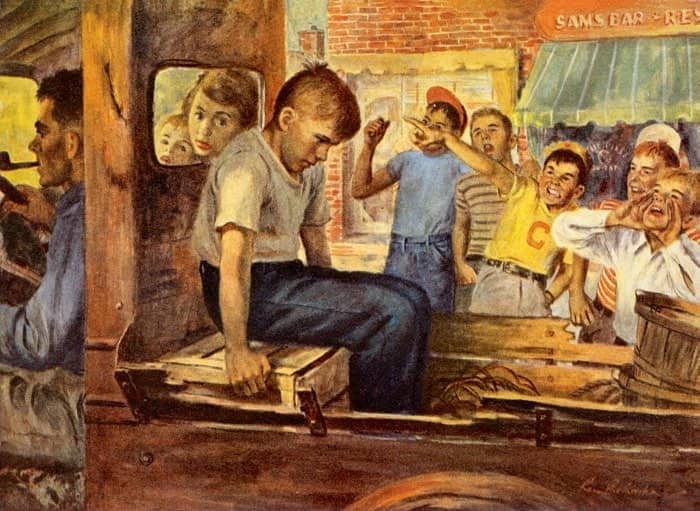