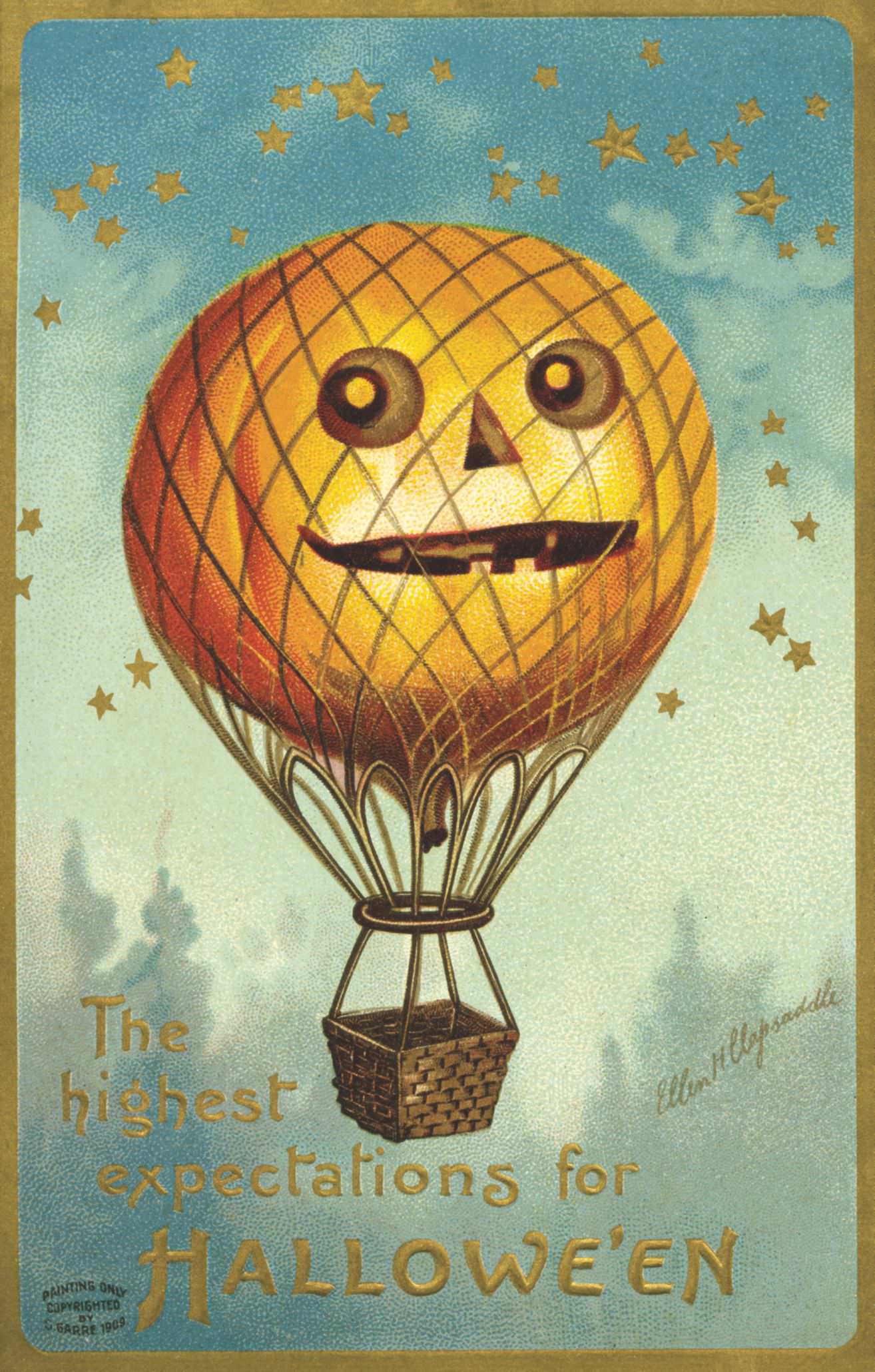 They say she was as much a casualty of war as any shell shocked doughboy.

She had gone to Berlin to supervise her German engravers, but war broke out and Ellen Clapsaddle was stranded in a hostile country—penniless, hungry, and alone. They say she had to beg to stay alive, and when the war was over they found her wandering the streets, unable to care for herself, unable to work. They say that she spent the last days of her life playing with toys in a poorhouse in the Bronx.

But are the stories true? Did she miss her mother’s funeral because she was trapped in bombed out Berlin? Had all of her investments failed? Was she buried in potter’s field?

The fact is that tales like these about Ellen Clapsaddle are mostly uncorroborated family legends. But the same old stories keep coming back to haunt… in print, on the internet, and among her adoring fans, who covet her pleasant illustrations of apple-cheeked children carving pumpkins, hanging stockings, lighting firecrackers, and proffering valentines. 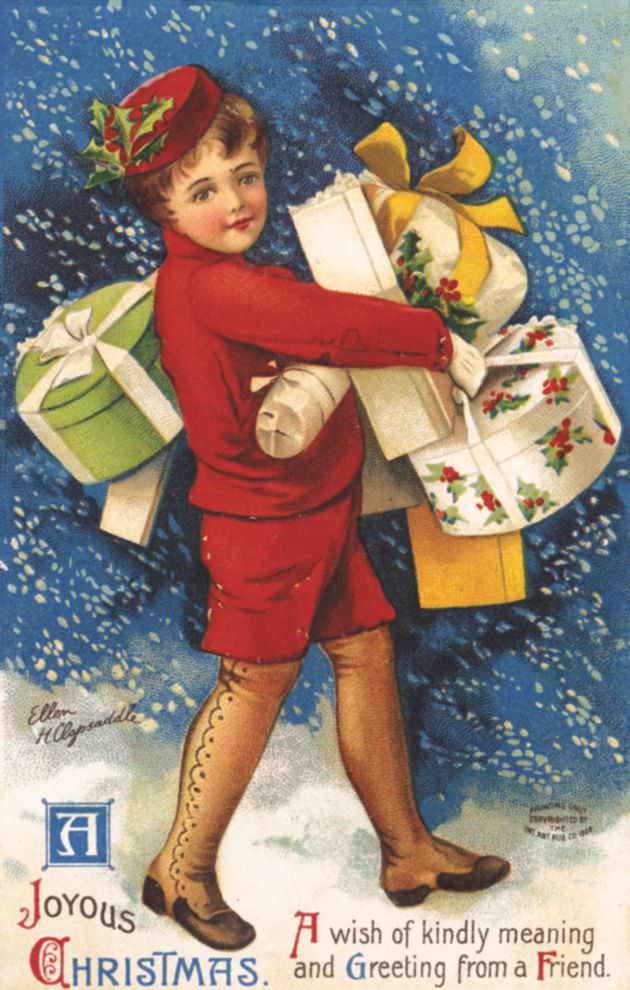 Because she was an only child who never married, there were no siblings or offspring to tell the real story. Her modest, self-effacing lifestyle attracted little attention, and she might have spent her life teaching art in upstate New York… if she hadn’t been blessed with an abundance of talent that allowed her to become the most prolific illustrator of postcards and greeting cards in postcards’ golden age. 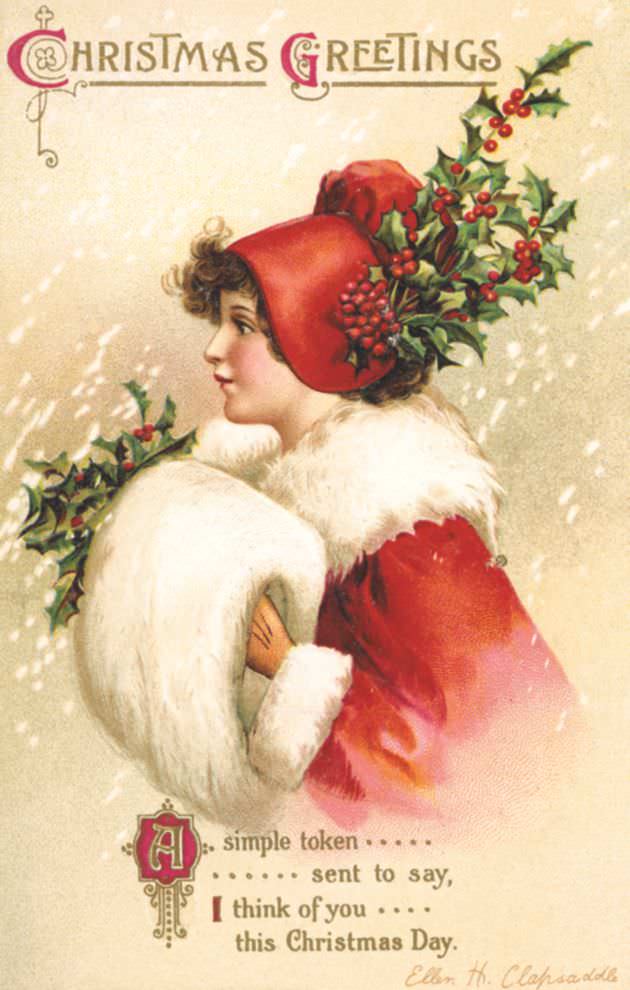 From a very early age, delicate blue-eyed Ellen loved to draw, and her parents encouraged her to do so. According to a local newspaper, The Richfield Springs Mercury: “Her artistic ability developed before she could read or write, and her drawings were a wonder to all who saw them.” She attended grades one through eight in South Columbia’s one-room school house, and then boarded in nearby Richfield Springs in order to attend the Richfield Springs Seminary for Girls in Otsego County, New York. Completing the equivalent of four years of high school, Ellen graduated from the seminary in 1882.

Ellen’s lost years begin when she was 17. Like many illustrators, not much is known about her personal life, and family fables abound. One oft-told story says that she wanted to go to the prestigious Cooper Union Institute in New York City, and that the whole thing was paid for by a fishing tackle manufacturer who admired her drawings for his catalog. The narrative continues with Ellen becoming Cooper Union’s first female graduate. 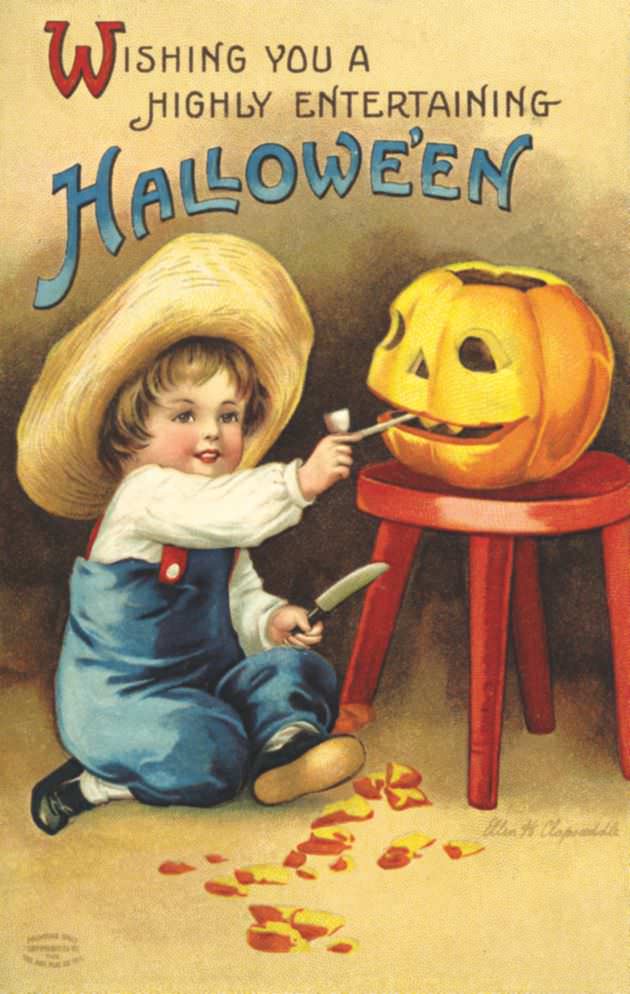 The problem with the Ellen-goes-to-Cooper Union scenario is that there is no mention of her in the school’s records. She might have attended some of Cooper Union’s free classes and lectures, or studied art elsewhere, but there is no documentation for this.

We do know, however, that when she returned to South Columbia about two years later, the people back home said that her art looked better than ever. The Mercury reported: 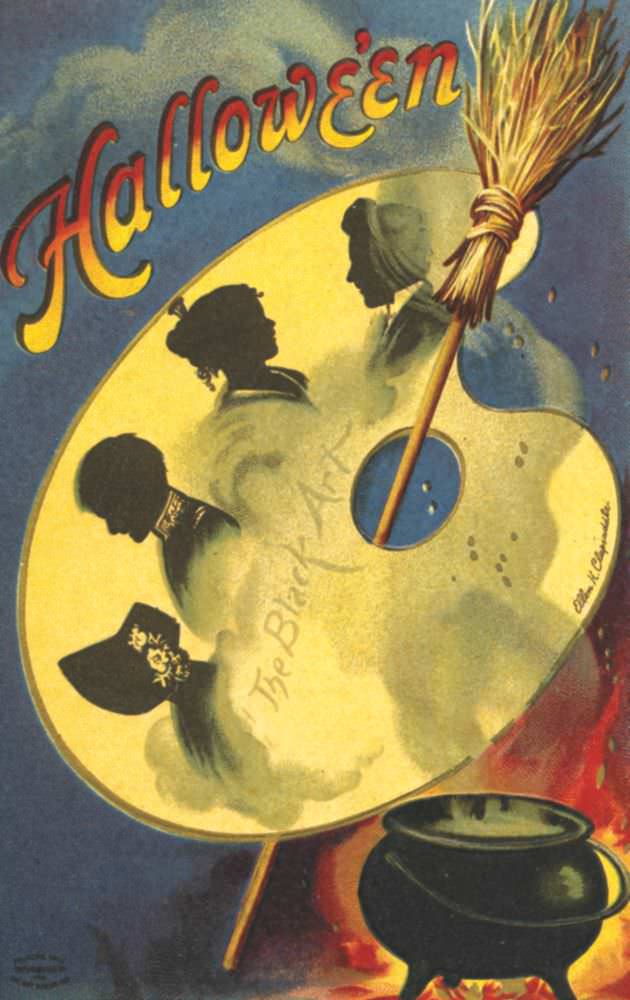 Richfield Springs has a genius in the way of an artist and in the person of Miss Ellen Clapsaddle. Miss Clapsaddle showed abilities in this direction from very early youth, and as she grew older her inclination was favored and she was placed under instruction, finally submitting to the guidance of the most eminent teachers, rounding her course of study with Martineau. Miss Clapsaddle paints not only dainty and attractive pictures, but a visit to her studio proves that she has originality of wide range and a rare good taste. Her work, which embraces water colors, oils, china, decorations, etc., and her talents should seek wider fields than are found in Richfield.