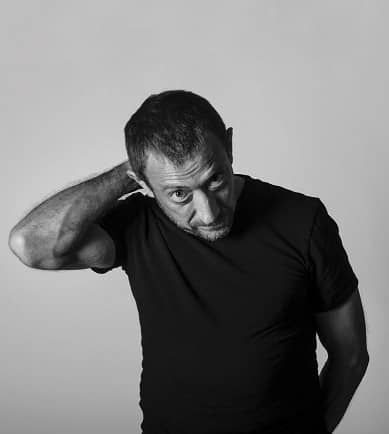 identity speaks to Lebanon’s legendary architect, Bernard Khoury, about how a home can be translated from a physical space to the wider city while remaining representative of a political struggle

Your work consistently tackles the political realities of Beirut. During your earlier years, you wanted to work on a monument for the city but that never materialised. Why was this important to you?

Bernard Khoury: I’ve worked on anti-monuments or anti-manifestos because this was what Beirut was about and this is what Beirut is still about. In my early years of practice, I Iooked at my colleagues in the West with a bit of envy because they were working on noble programmes such as museums and opera houses and hospitals and public buildings and so on. And this was completely absent here in the absence of public institutions. We were operating on very rough territories. The city was totally and completely in the hands of the private sector, so we had to build other strategies and try to find political meaning outside of the conventional territory of architecture, which is usually the monuments and serious institutional buildings. These don't exist where I come from. Years later looking back, this was not bad because true resistance happens under rough territories and truly meaningful work should be done where it is least expected. At this point in my life, I am not interested in formulating any sort of consensual, political position through a monument because conventional monuments are very consensual. Beirut with all its contradictions has allowed me to sometimes take very radical postures that I would not have been able to take on more conventional and secure territories in the West, for instance.

Your projects saw a massive shift from designing temporary “party” buildings to working with big developers in the country and abroad. What propelled this development in your work?